NEWS
Does Russia's war have popular support? Navalny says not

Some 14,000 people, including children, have been detained for protesting the war. Putin's pollsters say Russians support it

As Putin continues his bloody invasion of Ukraine, the rest of the world continues to look for signs of an uprising in Russia that might provide a possible exit strategy without risking World War III.

In a country that has cracked down on protest ever since Index was founded in 1972, it can be hard to tell the real scale of opposition to the war.

What we do know, thanks to human rights group OVD-info, is that some 14,000 people from 140 cities have been detained by the authorities so far for exercising their right to object to the actions in Ukraine. On 6 March alone, 5,000 protesters were detained, including 113 juveniles and 13 journalists. Children as young as seven were detained for laying flowers at Moscow’s Ukrainian Embassy.

Arrests are often violent, with protesters beaten with batons and shot with stun guns. If convicted of breaking the harsh rules on protests, they face fines of up to 300,000 roubles (around £2,000 at the current exchange rate) and detention for up to 30 days.

One of Putin’s most vocal critics – the jailed opposition politician leader Alexey Navalny – has also been publicising the work of his supporters in taking the temperature of public opinion in Russia. Navalny is currently being held in a penal colony for three and a half years after being found guilty of a charge of embezzlement. A new court case started in mid-February in which prosecutors have accused him of stealing more than 350 million roubles in donations from non-governmental organisations.

On 8 March, Navalny (actually his lawyers and supporters outside prison, presumably with his blessing) tweeted a thread sharing the results of four opinion polls taken between 25 February and 3 March in Moscow, each including 700 participants.

Navalny said in his tweets, “Whether Russians actually support the hideous war that Putin has waged against Ukraine is a matter of utmost political importance. The answer to this question will largely define Russia’s place in the history of the 21st century.

“It’s one thing if Putin killed Ukrainian civilians and destroyed life-critical infrastructure with full approval from the Russian citizens. However, it’s a whole different story if Putin’s bloody venture is not supported by the society.”

The polls showed that Muscovites view of the role of Russia in the conflict rapidly shifted, with 53% by the end of the polling saying Russia had taken on the role of aggressor in the conflict against 28% who felt Russia was a liberator and 12% who saw them as a peace-maker.

In the same period, the number of people who felt Russia was the guilty party more than doubled from 14% to 36%,.

By the end of the four polls, 60% of those surveyed felt there would be a catastrophic collapse of the Russian economy as a result of the invasion.

By 3 March, some 79% of those asked said the conflicting parties should immediately cease all military operations and engage in peace talks.

Commenting on the findings, Navalny tweeted: “The nature of these changes is plain and unambiguous: people rapidly begin to realise who is responsible for initiating the conflict, as well as the war’s true objectives and possible outcomes. Undoubtedly, the Kremlin can see these dynamics as well, hence the nervousness, the desperate attempts to end the war campaign as soon as possible.”

He added: “The anti-war momentum will keep growing across the society, so the anti-war protests should not be halted under any circumstances.”

In a thread a few days earlier, Navalny had dubbed Putin an “obviously insane czar” and added: “Putin is not Russia. If there is anything in Russia right now that you can be most proud of, it is those… people who were detained because – without any call – they took to the streets with placards saying ‘No War’”.

He concluded: “Everything has a price, and now, in the spring of 2022, we must pay this price. There’s no one to do it for us. Let’s not ‘be against the war’. Let’s fight against the war.”

Others would have you believe that Putin has wide support for his actions. The state-controlled pollster VCIOM said that Putin’s confidence rating among the public had grown from 73% to 7.4% between 4 and 11 March.

A 5 March poll by the organisation found that 71% of Russians support the decision to conduct what they call the “special military operation” in Ukraine with 46% of Russians believing the operation “aims to protect Russia and prevent the deployment of NATO military bases on the territory of Ukraine”. 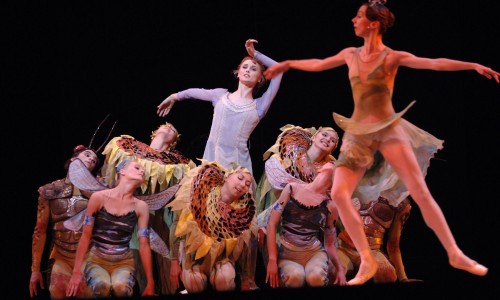 One response to “Does Russia’s war have popular support? Navalny says not”