NEWS
How an independent broadcaster in Ukraine is defying the invasion

It was never easy for hromadske. The independent Ukraine broadcaster was set up in 2013 during the dark days of Viktor Yanukovich, the pro-Russian President of Ukraine. Founded originally as an independent TV station, hromadske (public, in Ukrainian), prided itself on its freedom from control by oligarchs or the state even after Yanukovych was forced to flee by the “Maidan” protests of 2014.

Over the years journalists at the station had adapted to shifts in the media landscape and by the time of the Russian invasion hromadske was streaming topical videos on You Tube and Facebook with special reports every Tuesday and Thursday.

“From January 2022 we changed our model and had no broadcasts, only irregular live streams on the spot from what we considered to be major events,” producer Kostan Nechyporenko tells Index on Censorship. These included the treason trial of former President Petro Poroshenko and major demonstrations.

“After 24 February things changed dramatically,” says Kostan. “It was tense in the first few days and people moved out of Kyiv. We had a backup plan in case of invasion.” The station moved its studio from the centre of Ukraine, close to the country’s parliament building, to a temporary base in Vynittsia, halfway between the capital and the Moldovan border.

“We left a lot of our gear,” says Kostan. We took our most important things. We had to take care of the website as a priority.” The producer moved with his family to the countryside outside Kyiv but plans to return to the office for more equipment this week. Meanwhile, he organises logistics for hromadske crews still reporting all over the country. The film making capacity of hromadske was initially reduced, but the team took the opportunity to revive broadcasts and there is now an hour-long programme every evening at 6.30pm.

The whole mission of hromadske has now changed. “Only the video production had some problems in the early days of the war. The website and social media were working overtime and much more intensely than before. After the first five or six days the situation changed with video production too. Now we produce two to three videos a day, though they might be made in a rush. And because of the war, we’re back to digital broadcasting, though it’s of poorer quality and from a makeshift studio.”

Kostan has no doubt hromadske journalists are at mortal risk from the Russian forces. At the beginning of the war, one of his colleagues, whose must remain anonymous for security reasons, was already in the Donbas region in the east of the country to report on the shelling of Shchastia in the Luhansk region. The reporter remained there when the war started and reported from the front, but had serious problems getting out.

“Our journalist found a car and went to the front line again in the Zaporizhzhia region,” Kostan continues. “The car got shot by a Russian tank so was abandoned. The Russians took a laptop, camera and personal belongings.” Thankfully, the reporter was able to hide in an abandoned house and contact her colleagues at hromadske the next morning.

A second correspondent  narrowly escaped from Irpin, on the northwest edge of Irpin, where New York Times journalist Brent Renaud was killed.

The hromadske project was founded during a flowering of independent media in Ukraine and fiercely protected its freedom from the influence of oligarchs and government. The independent values remain more important than ever as it continues to report from Ukraine under siege. 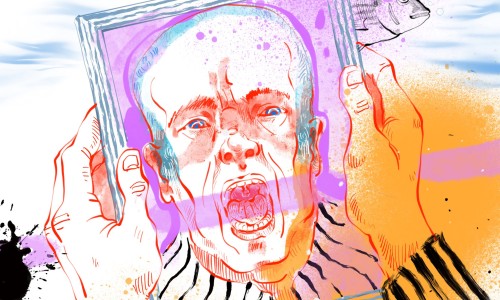