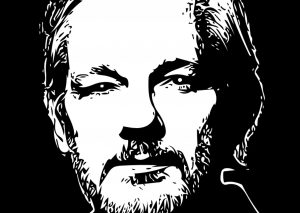 Index on Censorship is seriously concerned about the latest developments in the Julian Assange case. It is deeply disappointing that Home Secretary Priti Patel has approved the extradition of the Wikileaks founder to the United States, where he will face charges under the Espionage Act.

Like Amnesty International, we believe extradition will put Assange at risk and have a chilling effect on journalism around the world. We do not believe he will face a fair trial in the United States given the hostile publicity around the case. His poor mental health puts him in danger of suicide.

Wikileaks published a series of leaked diplomatic cables in 2010 and 2011, which caused serious embarrassment to the United States government. These included the US army manual on the treatment of prisoners in Guantanamo Bay and a video showing a helicopter attack on innocent civilians in Iraq. Julian Assange acted as a journalist and publisher in bringing these disclosures to public attention. He did so in collaboration with a number of mainstream, respected media organisations including the Guardian and the New York Times.

We call on the international journalistic community to support Assange in the next stage of his battle against extradition as he takes his case to appeal. If the US government succeeds in bringing espionage charges against Julian Assange it will have the potential effect of turning all journalists reporting on alleged US security abuses into spies.

One response to “Index expresses concern over Julian Assange extradition”