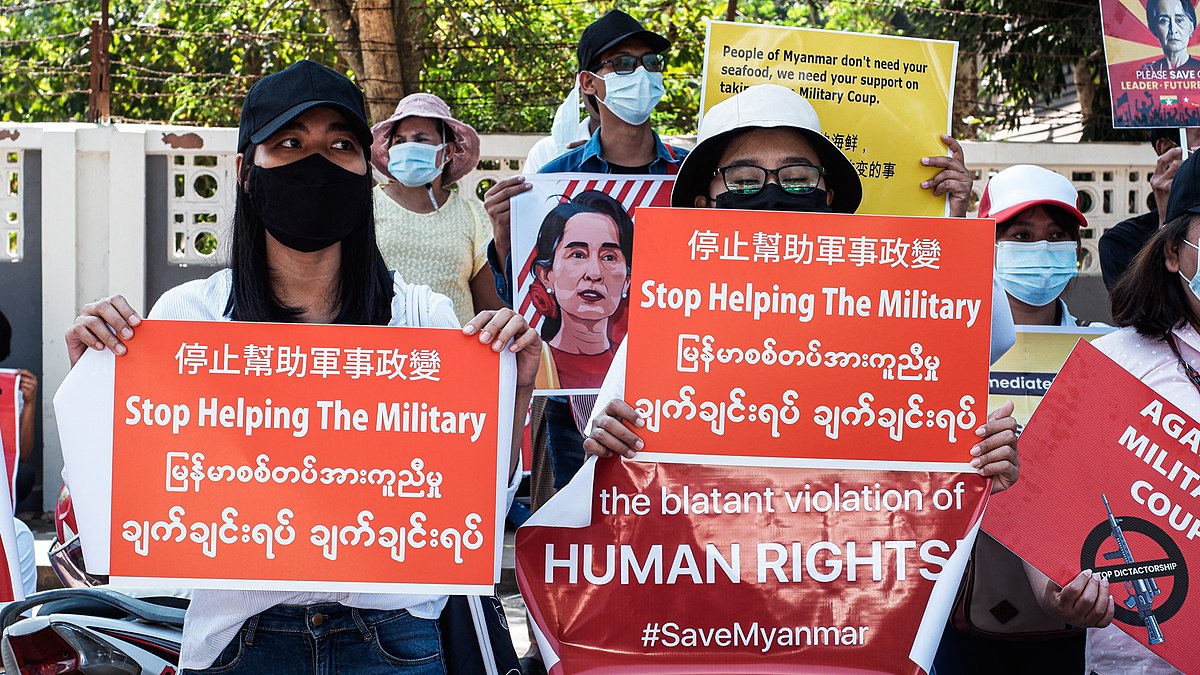 People protest in Myanmar against the military coup in 2021. Photo: Htin Linn Aye

The last time a political activist was hanged in Myanmar was in 1976, when the ethnic Chin student Salai Tin Maung Oo, 25, was executed for sedition. I was hoping against hope that the junta was bluffing when it announced in early June 2022 that it would go ahead with the execution of four political prisoners on death row, Phyo Zeyar Thaw, Kyaw Min Yu, Hla Myo Aung and Aung Thura Zaw.

I knew too well what the regime was capable of. Since the February 2021 coup, daily atrocities by security forces, extrajudicial killings and tortures to death of hundreds of civilians are well documented. The lives of two of my poet friends in their prime, K Za Win and Khet Thi, were cut short by the regime in March 2021 and May 2021 respectively for their leading role in the anti-coup protests.

Zeyar Thaw and Min Yu (AKA Jimmy) are big names in Myanmar. Jimmy belonged to the 1988 protest movement. He spent a total of 21 of his 53 years of life behind bars as a prisoner of conscience. Zeyar Thaw belonged to a younger generation, politicised by the 2007 Saffron Revolution, a protest led by the Myanmar monks. Myo Aung and Thura Zaw are likely to be ‘the 2021 generation.’

The original Burmese title of my poem is The Rope. I translated it into English and gratefully accepted an editorial suggestion that The Rope be retitled On the Ropes. Whatever happened to the sacrifice of all the activists since Tin Maung Oo, not to mention many nameless martyrs before and after him?

Wherever we are, we earthlings may be on the ropes against tyranny of all sorts — from dictatorships in the East and blatant lies by elected politicians in the West to ubiquitous corporate greed and hypocrisy. Because of this failure in leadership and our lack of common sense as a common species, we may as well be on the ropes against the biggest blow of our times, the climate crisis.

In all manners of capital punishment
hanging is
the most hideous.

To ancient Greeks
the rope takes away more than life.
It takes away decency
even in death.

Had the Romans hanged Jesus
—instead of nailing him on a crucifix—
the Christian church wouldn’t
have had much impact.

Would you hang around
your neck an icon of a broken-neck Jesus,
hanging by the neck
on a noose?

Be it short drop, pole method,
standard, or long drop,
the hanged is condemned
to indignity.

Once the neck snaps midair
the body shits and pisses itself,
the eyes bulge,
the tongue sticks out of the mouth,
if not stuck between the lips,
bloodied and bitten.

The Klan loves to lynch their victims.
Only racist hatred justifies the rope.

Hanging cannot be accomplished
without gravity.

This makes the innocent Gaia complicit
in our human crime—

in its ferity and finality.

A version of this poem was circulated in SUSPECT newsletter on 16 June 2022. 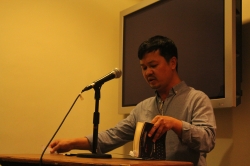