NEWS
Peru has a rare thing: a political leader who won’t speak to the press

President Pedro Castillo has not given a statement to the media for more than 100 days. The country’s journalists fear democracy is at risk

Peruvian president Pedro Castillo’s first year in office has been interesting to say the least. Since his election on 28 July 2021, he has faced two impeachment requests for alleged corruption for peddling influence to favour contractors in public works and “permanent moral incapacity”; he has survived both.

Unlike most media-hungry politicians, Castillo has gone silent – he hasn’t spoken to the press for more than 100 days. The last time was in February 2022 when he said “this press is a joke”. This silence seems to have no end in sight.

Gabriela García, a Peruvian journalist based in Lima with independent journalism portal Epicentro.TV, says Castillo has slammed the door closed on journalists in the country.

“The last time I think he was able to speak to journalists was during his campaign. And then began a lot of corruption in his circle with his ministers. He knows there are reasons to investigate him, so he is silent because he is afraid,” says García.

According to Garcia, Castillo is not fulfilling promises he made during the presidential campaign – to work for the poorest, that he would respect the press and would strengthen women’s rights. If anything, he is doing the exact opposite.

Like many around the world, Peruvians are facing a rising cost of living and many people are starving.

“I was not against him at the beginning of the campaign, I really thought it was an opportunity for the poorest. All decisions are made and rely on Lima, but we have another Peru that is forgotten. I am very disappointed with this”, says García, referring to the 195 provinces outside the capital.

“We are witnessing possibly the most corrupt government since Alberto Fujimori in the early 2000s,” says Burranca. “There are already four prime ministers who have held office in just a year and we have a former minister of transport and communications on the run from justice”. The former minister, Juan Silva, has been accused of irregular acts in public tenders for works and corruption and there is currently a 50,000 soles (£10,000) reward for information on his whereabouts.

The lack of communication with the president and the parliament itself makes the work of the press very difficult. Cameras are not accepted inside the Peruvian parliament, for example.

The relationship between press and presidents in Peruvian was previously stable, says Garcia. She has always worked closely with the government, while at the same time asking politicians difficult questions.

“Presidents might not like it, but they’d let us do our jobs,” she says. “Alejandro Toledo and Ollanta Humala were able to understand that they were the presidents, so they couldn’t insult anyone. They were more aware of their roles, about the presidential hierarchy.”

“Castillo doesn’t understand the work of the press. He doesn’t know why an independent press is so important. He thinks we have to be nice and easy. He’s lucky to be where he is, but he’s not prepared at all,” she says.

The difficulties in reporting on Peru’s politics is not confined to government – there is a far-right group in Peru today that is a particular problem for journalists and anyone on the other side politically. La Resistencia was created in 2018 by people who identify themselves as Christians and “defenders of the homeland”. They consider themselves “albertists”, as they seek to follow in the footsteps of Alberto Fujimori, president of Peru between 1990 and 2000 and who was convicted of crimes against humanity. La Resistencia’s ideology is based on authoritarianism, conservatism and opposition to communism and LGBT rights.

“They are untouchable and aggressive towards journalists,” says Garcia. “They are being investigated, but nothing has happened so far. We don’t know who gives them money. They say they are independent, but we don’t believe them. They are a problem for everyone.”

Despite the challenges, García believes that the independent press is growing stronger in the country.

“We are fighting for independence. We know it’s not the same thing as traditional television with a lot more money. We’re fighting with this [she shows her pen] and nothing else.”

Against this backdrop, Garcia is “more afraid than ever for democracy” in Peru.

“It’s a broken country, with far-right and far-left ideas colliding all the time. We are closer to the edge than ever before,” she said.

Roberto Uebel, professor of international relations at Brazil’s Superior School of Propaganda and Marketing (ESPM) of Porto Alegre in Brazil, believes a free press is vital for democracy.

“In Latin America, there has always been distrust from governments regarding the work of the press. The idea of ​​a persecution that does not exist, this is very particular to the Latin American political context, a relationship of distrust between political actors and the press”.

Yet many leaders in Latin America engage with media. Nicaragua and Venezuela’s leftist regimes have a relationship with the press, albeit a state press. Chile and Argentina’s presidents have an open relationship with journalists.

“In the case of Peru, it is a more left-wing regime and does not have such a positive relationship. A hundred days without talking to the press,” says Uebel. “This dichotomy is very dangerous, the left regime is more open, right regimes are more closed. It depends much more on the political figure in power than on the type of regime”.

Whether Castillo will complete his full term is open to question.

Since Ollanta Humala left office in July 2016, most of his successors have faced repeated impeachment attempts, setting an average for Peruvian presidents of just one and a half years in office, says Uebel. Martin Vizcarra, for example, ruled the country between March 2018 and November 2020, stepping down after an impeachment process for “moral incapacity” and accused of influence peddling and corruption during his term as regional governor of Moquegua.

“The idea of ​​a constant impeachment has already been institutionalised in Peru,” says Uebel.

García says she doesn’t believe that Castillo will finish his full term.

“All the ministers being investigated for corruption are close to him. We have food shortages in this poor country that has faced two years of a pandemic. The government is weakened.”

Faced with growing disillusionment in his abilities and the ever-present threat of impeachment, Castillo may not be able to remain silent forever. 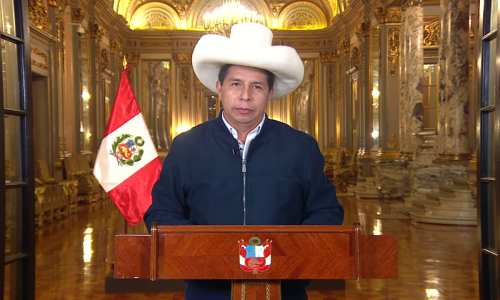 Peru has a rare thing: a political leader who won’t speak to the press
08 Jul 2022 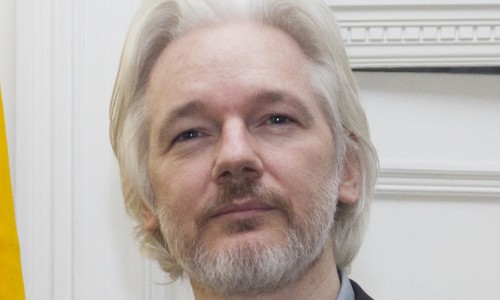