The legacies of vocal activists in Myanmar live on, after the country carried out its first capital punishments in decades 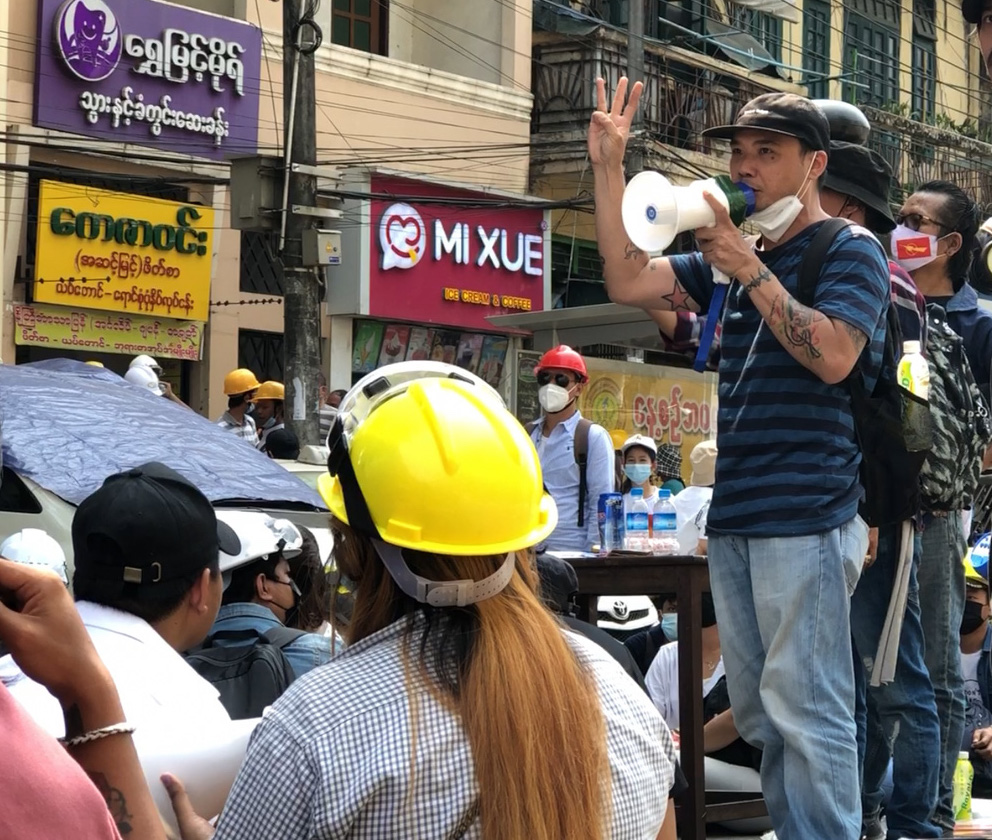 Phyo Zayar Thaw gives a speech in Myanmar during a protest in 2021. Photo: Maung Sun

Kyaw Min Yu and Phyo Zayar Thaw were prominent voices in the democracy movement in Myanmar. But on 25 July 2022, state news outlet Global New Light of Myanmar released a statement claiming that they had been executed on the grounds of “terror acts.”

Min Yu, also known as Ko Jimmy, was a 53-year-old veteran of the 88 Generation Students Group formed during the 1988 uprising, which advocated against the country’s military regime. He had spent much of the time since in prison, first 15 years for his participation as a student leader in the uprising, and then five years for leading protests during the Saffron Revolution in 2007, a movement sparked by huge fuel price increases.

Throughout his time in and out of prison, Min Yu wrote several books including self-help book Making Friends and fiction The Moon in Inle Lake. He also wrote a plethora of political short stories that were published in Japan under the pen name Pan Pu Lwin Pyin.

Min Yu was arrested again in October 2021, during a raid. A warrant had been put out for his arrest after he made social media posts critical of the military junta coup in February of that year. He had been in hiding ever since. He was accused of advising the National Unity Government as well as hiding weapons at an apartment in Yangon. He leaves behind his wife and fellow activist Nilar Thein and their daughter Nay Kyi Min Yu, as well as his eternal work advocating for fundamental freedoms.

Zayar Thaw was a 41-year-old rap star turned politician for the National League for Democracy party. His band Acid often released songs with lyrics containing thinly-veiled attacks on the military, which aggravated the junta. During his transition from rap star to lawmaker, he became a close ally of pro-democracy advocate Aung San Suu Kyi and accompanied her to international meetings.

In 2000, Acid released Myanmar’s first hip-hop album, which remained number one on the Burmese charts for more than two months – a testament to the relatability of the lyrics highlighting the hardships of life in Myanmar which drew them into danger.

Taking an even more vehement stance against Myanmar’s military rulers, Zayar Thaw later co-founded the youth movement Generation Wave, following the Saffron Revolution. The activists used graffiti and pamphlets to spread their pro-democracy messages around the nation while also circulating anti-government films. Several members, including Zayar Thaw, were arrested and imprisoned for their participation.

From hip hop and activism, Zayar Thaw moved firmly into politics. In 2012, the same year Aung San Suu Kyi was elected, he became a member of Pyithu Hluttaw, the lower house of Burmese Parliament.

In November 2021, Zayar Thaw was arrested again by the Myanmar military junta for offenses ranging from “possession of explosives” to “financing terrorism.”

Both Min Yu and Zayar Thaw were sentenced to death in January 2022. They were convicted by a closed military court and their appeals were rejected. Human rights experts have spoken out against their treatment.

Global New Light of Myanmar claimed that the two men were charged under counter-terrorism laws, but have given no information about when or how they were executed. The Myanmar government’s horrific grab for power and disregard for human life has left the loved ones of Min Yu and Zayar Thaw with few answers. Both families have submitted applications for information on the unjust executions, but are unsure of what will happen now.

The families of Min Yu and Zayar Thaw have lost their sons, their brothers, their spouses, and their fathers. But their fight for basic freedoms in Myanmar lives on through their organisations and art. 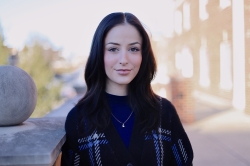 Olivia is entering her final year at the University of Missouri, double majoring in Journalism and Political Science. While her emphasis in Journalism is broadcasting, she has a passion for all forms of media.