At four in the afternoon on 16 April 2022, Iranian documentary filmmaker Gelareh Kakavand was at home when there was an insistent hammering at the door.

“There were five security police officers accompanied by a woman. They threatened to break it if it didn’t open immediately,” Kakavand told Index.

“They locked me in a room, put a camera in front of me, and started searching the house. When I protested that this was illegal to search my house and confine me in the room, they threatened to arrest and beat me.”

After the search of her home, which doubled up as her film studio, they confiscated Kakavand’s camera, camcorder and mobile phone.

Across the city at around the same time, Kakavand’s fellow filmmaker Vahid Zarezade returned home to find his door broken down.

“Agents had stormed my residence in my absence,” said Zarezade in an interview with Index. “The intelligence and security officers had told my landlord that the occupant of the house was engaged in ‘fraud and embezzlement’.”

The couple were then taken to one of Iran’s intelligence ministry buildings and interrogated, accompanied by threats, obscenities and insults.

Their work in documentaries – which they like to refer to as artivism – had always attracted unwanted attention from the authorities.

“During our career, we have made films about political prisoners such as Abbas Amir-Entezam, Mohammad Ali Amouei and Jila Bani Yaghoub, and the problems and sufferings of life and education among Baha’is in Iran. We also covered Keyvan Emamverdi’s case, documenting cases of sexual harassment and rape, and the emergence of the Iranian #metoo movement,” said Zarezade.

“As a result, we faced security, professional, and even financial and livelihood issues. Because of a film we made about the removal of paintings in the Museum of Contemporary Art of Iran we were handed a two-year suspended sentence and fined. We were also threatened many times for our film about Entezam. I was also imprisoned for one of the documentaries I worked on,” he said.

They were threatened verbally and had contracts cancelled for refusing to bow down to the authorities.

It soon became clear that the violent April raids related to a documentary they had started making two years earlier called White Torture, based on the book of the same name by human rights defender Narges Mohammadi.

White Torture features hard-hitting accounts of torture and sexual and physical humiliation faced by prisoners in Iran, particularly those who follow the Baha’i faith, the country’s second-most followed religion after Islam. The name refers to psychological torture relating to the extreme sensory deprivation and isolation of solitary confinement.

After they were released from interrogation but still fearing for their lives, Kakavand and Zarezade made the difficult decision to flee the country, prompted by the re-arrest and imprisonment of Mohammadi.

“We were worried the security forces might have gotten hold of the hard drives that contained videos and human rights documents, so we decided to leave Iran to make the pressure less on the members of the group as well as our families,” said Zarezade.

“We left Iran in order to finish the film and to ensure the narrators would remain secure and the accounts of prisoners would be preserved.”

Index spoke to Zarezade at an undisclosed location as the pair decided on their next moves.

Vahid Zarezade has been fascinated by the world of cinema since childhood.

“Despite my family’s disagreement, my first and only choice was to study cinema at university. Gradually, I started getting more interested in documentaries,” he said. “Society and my surroundings, with their cruelty and injustice, made the poetic and dreamlike aspect of cinema seem unreachable and impractical. Through documentaries I could intertwine concrete reality with the world of cinema.”

“Gelareh is a reflection of an egalitarian and demanding artist. More than being a filmmaker, she tries to create inner reflections and experiments. For example, in a film project about Iran’s mandatory hijab, she was one of those who used to walk the streets without a hijab many years ago. For many people, this was very inspiring.”

He believes that making films in Iran is not difficult but that the problems come later.

“What is difficult is the supervision and censorship that is applied to every cultural product and not only films, and this exhausts the artists,” he said. “The security system very noticeably monitors the artistic community of Iran and threatens them in different ways.”

Zarezade says filming White Torture was inevitable. “It was not me who chose to film this documentary, it was White Torture that chose me.”

“I was imprisoned years ago because of making a documentary which was never completed.

“Prison had a great impact on my life and my choices. During those years, I became acquainted with different people and thoughts. Throughout all those years, I endeavoured to highlight this both directly and indirectly in my projects. After getting to know Narges Mohammadi and becoming aware of the book she was writing, White Torture, I suggested making a documentary simultaneously.”

White Torture includes an interview with fellow Iranian filmmaker Jafar Panahi, who was sentenced to six years in prison in July. In the footage, Panahi and his lawyer go to court to complain against solitary confinement.

Zarezade believes the White Torture, which was released in spring 2022 White Torture and won an award at the Geneva Human Rights Film Festival, shines a strong light on what is truly happening in Iran.

“For years, the Iranian regime claims not to have any political prisoners and that the judicial system of the country perfectly performs according to law and justice. Totalitarian regimes are always trying to create an appropriate image of how they govern the society to the world. Taking a look at prisons and the diaries of prisoners and civil right activists will make the reality clear,” he said.

“In a country where endeavouring to create a civil society is considered a crime, in a country where a women’s right activist is charged by the crime of being a feminist, there probably would be no space left for civil demands and seeking justice. They have taken a large part of the Iranian society as hostage and their propaganda machine is spreading lies day and night.”

Despite their relative safety, the future for Zarezade and Kakavand remains uncertain.

“I think we will always be concerned about being forced back to Iran. We get out of the house infrequently,” Zarezade explained. “On the streets and in crowded places, even when grocery shopping, we do not address each other in Farsi. This is because the security agents of the Islamic Republic are very active outside the country, taking hostages and even committing assassinations. What happened to Ruhollah Zam shows that it is not far-fetched for them to kidnap people in any country.” (Zam, the founder of Amadnews and a critic of the Iranian government, was executed in December 2020 after being lured from exile in France. He was tricked into attending a meeting in Iraq where he was seized by agents of the Islamic Revolution Guards Corps in what they described as “a complicated operation”.

Zarezade says he has now become numb to censorship.

“I have spent 40 years of my life under supervision and censorship. Sometimes I feel like I have become my own censor. To my mind, the responsibility of the art and its artist is to turn a blind eye to censorship and move around it with new means of expression. This might seem unreachable in practice but what is important is to ignore censorship in art and do your work your own way regardless. Thus, your work, just like a signature that solely belongs to you, will go through a monitoring and censoring process and the new work that comes out of these censoring processes will find its own way of publication and survival.” 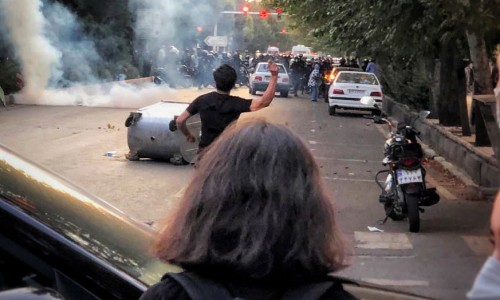 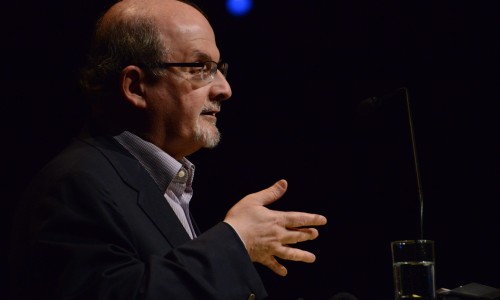