NEWS
Why are the letters of political prisoners in Belarus so cheerful?

Sometimes the letters from a prisoner of the regime in Belarus are full of encouragement and nice stories. While human rights defenders and activists speak up about severe detention conditions and beatings, psychological pressure and denial of medical assistance, the picture from the prisoners’ letters seems to be rather peaceful. Their imprisonment often looks like a retreat: they write about reading books and enjoying the fresh air during walks. The sharp contrast between the detention and what they write about may be confusing at first glance.

At this point, it is important to understand what the regime is like in Belarus. To be a political prisoner of the regime does not mean access to any prisoners’ rights or basic human rights, it does not mean respect for any rights in general. This also includes all rights to correspondence. In a country where people are detained for any oppositional political expression, down to  wearing white-red-white socks, it would be naive to expect that the regime would not establish total information control over them in jail.

In Belarusian prisons, letters pass through strict two-way censorship regimes that consist of the combination of prison’s general regulations and specific treatment of those who are there for political reasons. Words, sentences, and even pages can be withdrawn, whole letters can be returned to the sender or simply disappear if the rules are not followed. This is, however, the best case scenario. In the worst-case, a person can be sent to a punishment cell, beaten, and threatened. Sometimes in the letters, you can actually hear a voice behind a prisoner’s back dictating to them, forcing words of praise for the administration of the penal colony or coerced requests aimed at relatives to cancel any legal complaints procedures. Such conditions make it impossible for political prisoners to open up and write about the ill-treatment they receive. What is left is to stay strong.

Political prisoners in Belarus have become experts at finding neutral topics to escape the censor’s ire. What is more, they know that the truth is theirs: they are not criminals, they are heroes of new Belarus who dared to stand face to face with the regime and reclaim their rights. However, one should not be tricked by the cheerful mood. Often, it is meant to support loved ones, ironically cover the pain after the unfair treatment, and thank those who ensure they are not forgotten. 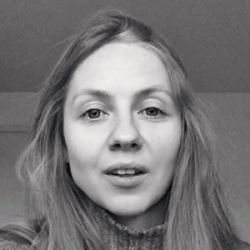 Ala Sivets
Ala Sivets is a researcher and human rights activist. She holds an MA in Euroculture from Uppsala University and the University of Udine with a focus on European Union politics and human rights. Her research interests are forced migration and integration, mental well-being, diversity and community building. In 2020, she joined Politzek.me, a project supporting political prisoners in Belarus and their families

Latest posts by Ala Sivets (see all)