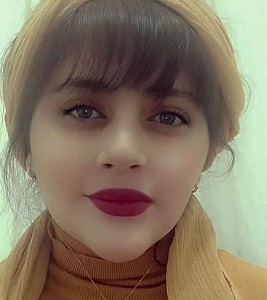 Iranians are again finding it impossible to access the internet and social media messaging platforms after yet another shutdown by the country’s authorities. The move comes after protests erupted in the country, sparked by the death of 22-year-old Mahsa Amini (right) last Friday.

Critics say the shutdown of services and the filtering of content is restricting freedom of expression and preventing peaceful protest. Access to news in Iran is strictly controlled by the government and for many Iranians, their only access to independent news sources is through digital platforms.

Amini, a Kurdish woman from Saggez in Iranian Kurdistan, was visiting relatives in Tehran on 13 September when she was arrested by the Gasht-e Ershad. These so-called “morality police” uphold respect for Islamic morals, including detaining women who they see as being improperly dressed, such as wearing revealing or tight-fitting clothing or not wearing the required hijab.

The morality police detained Amini as she and her brother were coming out of the city’s Haqqani metro station. Eyewitnesses said Amini was brutally assaulted by the agents inside their vehicle and then taken to a police station.

Two hours after her arrest, Amini went into a coma. She was then taken to Kasra Hospital where doctors said she had suffered a heart stroke and brain haemorrhage due to a fractured skull. She died on Friday, 16 September.

Ever since her death, protests have spread across the country, reaching more than 80 cities nationwide. In typical fashion, the authorities have responded by shutting down access to the internet in a bid to quell the protests.

Iran is one of the world’s biggest censors of the internet. The country has been concerned about the internet since the turn of the millennium and has been operating a sophisticated system of hardware and software-based content filtering ever since. A broad project now known as the National Information Network (NIN), and similar to China’s Great Firewall, was launched in 2005. It requires companies to use Iranian data centres and forces internet users to register using their social IDs and telephone numbers.

NIN was finally fully implemented in 2019 and that same year Iran’s Supreme Leader Ayatollah Ali Khamenei said of the internet, “During these past 40 years, and today as ever, the enemy’s propaganda and communication policy, as well as its most active programmes, have revolved around making people and even our officials and statesmen lose their hope in the future. False news, biased analysis, reversing facts, concealing the hopeful aspects, amplifying small problems and berating or denying great advantages, have been constantly on the agenda of thousands of audio-visual and internet-based media by the enemies of the Iranian people.”

The country also has a history of using internet shutdowns to crack down on dissent.

In 2019, protests broke out across the country when the Iranian government announced a 50 per cent increase in fuel prices and monthly rationing of petrol. More than 100 people died, according to reports. The government swiftly shut down the internet and mobile networks for several days.

In February 2021, at least ten fuel couriers in Sistan and Baluchistan province on the border with Pakistan were killed after a two-day stand-off triggered by the Islamic Revolutionary Guard Corps blocking the road to the city of Saravan. The killings triggered demonstrations, leading to further deaths, and the regime shut down the internet across several cities in the province.

The UN High Commissioner for Human Rights said at the time: “Blanket internet shutdowns violate the principles of necessity and proportionality applicable to restrictions of freedom of expression and constitute a violation of international human rights law.”

The protests around the death of Mahsa Amini have seen the Iranian authorities reach for the internet shutdown playbook once more.

The KeepItOn coalition, of which AccessNow is a member, said that this represents Iran’s third internet shutdown in less than 12 months. They said the “repressive, knee-jerk response to recent protests seriously interferes with people’s right to freedom of expression and assembly”.

Iranians have increasingly resorted to using unfiltered channels to get their news, as the only parts of the internet that they can access are censored. By 2018, it was believed that more than half of Iran’s population were using Telegram. In April that year the judiciary banned the popular messaging app, claiming it has been used to organise attacks and street protests. Since then, Iranians have switched to WhatsApp and Instagram.

It comes as no surprise that with the current protests NetBlocks has reported that access to Instagram, one of the last remaining social media platforms in Iran, was restricted across all major internet providers on Wednesday 21 September.

The authorities appear to have clamped down because of the widespread nature of the protests and, perhaps more worryingly for the regime, a large number of video clips that have gone viral and which they are keen to suppress.

A peaceful protest in Saqqez

Women of Iran-Saghez removed their headscarves in protest against the murder of Mahsa Amini 22 Yr old woman by hijab police and chanting:

Removing hijab is a punishable crime in Iran. We call on women and men around the world to show solidarity. #مهسا_امینی pic.twitter.com/ActEYqOr1Q

Not just the young

Another video clip shared on Twitter by British comedian Omid Djalili, whose parents are Iranian, suggested that, perhaps, attitudes may finally be changing in Iran.

The internet is now being cut in Iran because they don’t want people to see things like this: a man slaps a woman and thinks he can calmly walk away. Where such actions were commonplace before, there are now dire consequences – significantly handed out by other men. pic.twitter.com/iQ2llURxLS

Responding to the crackdown on protest and the internet shutdowns, experts from the UN Human Rights Council’s Special Procedures group said in a statement, “Disruptions to the internet are usually part of a larger effort to stifle the free expression and association of the Iranian population, and to curtail ongoing protests. State-mandated internet disruptions cannot be justified under any circumstances.”

“Over the past four decades, Iranian women have continued to peacefully protest against the compulsory hijab rules and the violations of their fundamental human rights,” the experts said. “Iran must repeal all legislation and policies that discriminate on the grounds of sex and gender, in line with international human rights standards.”

Speaking to Index, exiled Iranian film-maker Vahid Zarezdeh said the WhatsApp and Instagram ban means he has been cut off from his young son and the rest of his family still in the country.

He said, “In the absence of independent parties and free media, Iranian society gets its news and events, social and political issues from the internet. News reaches its audience very quickly and people can easily distinguish fake news from real news. How, you ask? The solution is very easy. By looking at the state television, you can understand which news is true and which is false. Whenever the government reacts sharply to news and prepares a report, it is very likely that the news is true, and when it ignores the news and is indifferent, it means that it is fake.”

State TV has been reporting on the protests but its coverage has focused less on the protests by women and instead suggesting that the unrest has been caused by Iran’s enemies, rather than spurred on by the regime’s crackdown. Certainly, TV viewers in the country have not seen the clips above.

“This is a system of repression and the Iranian regime does not care what the world community thinks about it and human rights,” said Zarezdeh.

He added, “It’s more than forty years since Iranian women started to be ignored by the Islamic regime.  Now they have found the courage and belief to stand in front of the bullets with empty hands and without a scarf.”