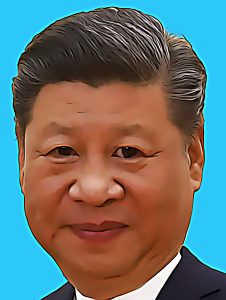 Xi Jinping has excelled with his tyrant credentials this year. Earlier this year, a controversial United Nations‘ report said that “serious human rights violations” have been committed in Xinjiang while Xi’s government is behind moves to repress Uyghurs living in Europe.

Xi has also now started a third term in power, after a 2018 change to the country’s laws to end the previous two-term limit. Tyrants just love to rip up the rule book when it comes to clinging to power.

“My nomination for Tyrant of the Year 2022 goes to the man who somehow made us all feel sorry for Hu Jintao when he snubbed the former Chinese Communist Party leader back in October, a remarkable feat given that Hu isn’t exactly an ally when it comes to human rights and free speech,” says Index on Censorship’s editor-in-chief Jemimah Steinfeld.

Xi’s policies are increasingly being called into question.

“His Zero Covid policy is as barmy as it is draconian. It’s led to the deaths of many who have not been able to get urgent medical treatment, been locked in their apartments when they’ve caught fire, have taken their own lives out of desperation,” says Steinfeld.

The protests against his policy (and indeed his legitimacy) showed a kink in Xi’s armour but he responded in true autocratic style – arrests, arrests and more arrests (plus a raft of other silencing measures).

“The CCP’s unofficial promise to make people’s lives materially better in exchange for fewer political freedoms has been broken,” says Steinfeld. “Unemployment is high and people are miserable and yet his merciless reign shows no signs of getting easier.”