With a long history of combating official censorship, artists have a large role in Ugandan society, writes Edward Ronald Sekyewa 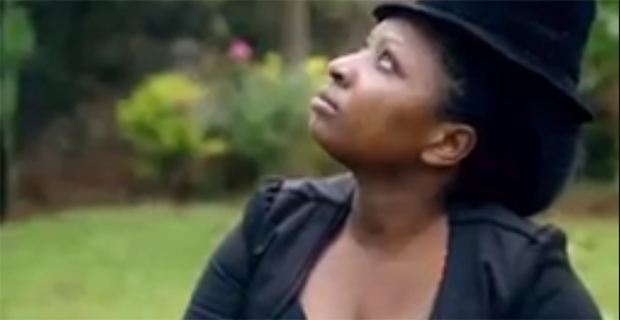 A scene from a music video by Ugandan singer Nnabbi Omukazi.

Ugandan artists have for a long time been able to read the public mood in the country and have taken note of it in their plays and songs.

nder the military dictatorship of Idi Amin, a few brave artists expressed themselves through music and drama. Plays that were critical of the Amin regime were written and performed. Several of the authors were killed or forced into exile.

During the early years of President Yoweri Museveni’s National Resistance Movement (NRM) government, musicians, choreographers and playwrights promoted the new government through their works for bringing back stability after the overthrow of Obote and Lutwa regimes. The general public was full of praises for the new regime and artists tapped into that feeling.

However, as the early optimism waned, many artists became more critical. These artists have been censored, paid off or even deported, delivering big blows to artistic freedom of expression in Uganda in the process.

Nnabbi Omukazi composed a song in which she claimed to have had a dream where a dead politician told her that she did not die from cocaine, but that she had been poisoned.
.

It was believed to be about Cerinah Nebanda, a young, vocal and critical member of parliament who died early this year. The government quickly told the public it was from a cocaine overdose, but her family and some members of parliament were not convinced by this explanation. They decided to hire a pathologist to take body samples of the deceased to South Africa to ascertain the cause of death. The pathologist was intercepted by security en-route to the airport and detained, which compounded the family’s suspicion that the MP had been poisoned because of her critical stance on several government positions. For composing that song, Police interrogated Nnabbi, and her song was banned from the airwaves.

Another artist, Matthias Walukagga, composed the song Tuli bakoowu (We are tired) in which he indirectly hints at the president’s overstay in power. In one verse, the artist asks; “When will the old man also declare that he is tired.” This song was banned on airwaves, but people still buy the CD’s and play it.

One of the biggest Ugandan artists, Bobi Wine aka “Ghetto President” wrote a song criticizing the way small traders in Kampala were being mistreated by the city authorities. In his song Tugambire ku Jennifer (Tell Jennifer to stop harassing us) Bobi attacks Jennifer Musisi, the Executive Director of Kampala Capital City Authority, for not caring about the plight of the poor and only protecting the interests of the rich. Responding to Bobi’s song, Musisi first dismissed it as one without consequence. However, when she realised the pressure the song was creating from the poor city dwellers, she invited Bobi to ceasefire talks. He also walked away with a fat contract to promote city activities starting with the Kampala Carnival 2013, taking place on 6 October 2013.

Patronage does not stop with politicians, it extends to almost all spheres of Ugandan society. Several other performing artists have been given fat contracts from State House (the President’s residence) to work for the presidency in different areas. In fact today, one will see a bus full of artists going to State House on invitation from the President to discuss “issues of national importance.”

Richard Kaweesa and Isaac Rucibigango, both smart and intelligent performing artists composed the song “You want another Rap”, which President Museveni used to woo young voters in the 2011 elections. This song went viral on social media and it worked in the president’s favor. The two artists were handsomely paid by the presidency. Again in 2012 when Uganda was marking 50 years of independence, Kaweesa was given another deal from State House to compose the Jubilee song. This earned him a reported 600 million shillings (US Dollars 235,300).

The same trend can be seen with comedians, as several have specialised in imitating big politicians. Segujja Museveni has perfected the art of mimicking President Museveni and has on several occasions been invited to perform for him. At his first performance before the president, he laughed so hard he had to wipe away tears. It was the first time the nation saw the president have such a hearty laugh. Since then, Segujja’s career has been on a meteoric rise.

As for dramatic artists; they are still reluctant to freely express themselves because of the potential consequences. However, they keep on making references to the political, economical and social spheres of Uganda in their plays. One artist that did this was British-born theatre producer David Cecil. He was deported from Uganda in February 2013 after being accused of staging a play promoting homosexuality. This was at a time when the government of Uganda was up in arms against anyone who seemed not to have a problem with homosexuality.

Most artists have decided to play it safe by keeping away from controversial issues, mainly political, that affect society. Sarah Zawedde, a musician says that the biggest threats to artistic freedom in Uganda are from the cultural, religious and political spheres.