Index has today called for the British government to deliver on its promise of real libel reform. Here Daisy Williams lists five cases demonstrate how libel law can stifle debate, curtail criticism and even endanger lives 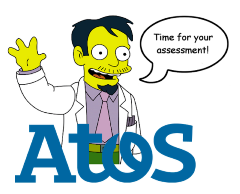 Libel threats from Paralympic sponsors Atos Healthcare forced public disability support forum CarerWatch to close in August 2011, after users criticised the company’s record in assessing government disability benefits. The private corporation threatened the internet host with legal action if the site was not plugged. Frances Kelly, the founder of CarerWatch, said at the time: “The sudden disappearance of a support group has caused a lot of distress and fear. Some (members) are ringing us in tears.” After public outcry, CarerWatch is now back online.

Tennis player sues press for reporting on his losing streak 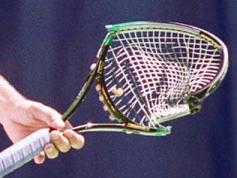 In April 2008, Robert Dee was branded “the world’s worst tennis pro” by the press, after he lost 54 consecutive matches in straight sets in his first three years on the international professional tennis circuit. Whilst Dee’s performance was the worst ever run in the world ranking ITF / ATP tournament’s history, his representatives secured more than 30 settlements from the global media in payments and apologies. Dee lost once again in April 2012 when The Telegraph upheld its comments, becoming the only publication to contest Dee’s claims of defamation and leaving the courtroom victorious.

Danish tabloid newspaper Ekstra Bladet was sued in London by Kaupthing, an investment bank in Iceland, over articles that criticised advice the company had given to clients about tax shelters. Kaupthing claimed UK jurisdiction because some of the critical articles published online had been translated into English and Sigurdur Einarsson, chairman of the bank and subject of some of the articles, was resident in London. Ekstra Bladet was forced to settle the case before it went to trial. The newspaper carried an apology on its website for a month, paid substantial damages and costs to Kaupthing. Editors have since reconsidered their policy of providing English translations of their articles online. 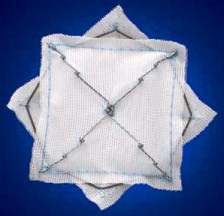 NHS cardiologist Dr Peter Wilmshurst battled a four-year legal process after refuting the credibility of a product by US company NMT Medical claiming to eliminate migraines. The medical device manufacturer’s product (pictured) claimed to help by closing small holes in the heart, but when Wilmshurst’s self-designed clinical trial, called MIST, failed, he suggested in a TV interview that there was a fault with the product. Wilmshurst suffered serious financial loss in defending his statement, and the legal action against him only ended when NMT went into liquidation in April 2011. Science writer Simon Singh celebrated National Chiropractic Awareness Week by writing an article for the Guardian newspaper critical of the alternative treatment, which he said made “bogus” claims for healing without a “jot of evidence”. The British Chiropractic Association decided to sue, and a long and bitterly fought case followed, with the science of alternative medicine coming under scrutiny. The BCA eventually dropped the case, after judges decided that the article was written from “honest opinion”. But the writer remains considerably out of pocket.

Daisy Williams is an editorial intern at Index on Censorship