“Digital” means copying. Attempts to defend copyright the old-fashioned way could have unforeseen consequences for the web, says Joe McNamee.

This article was originally published on Open Democracy, as a part of a week-long series on the future digital freedom guest-edited by Index 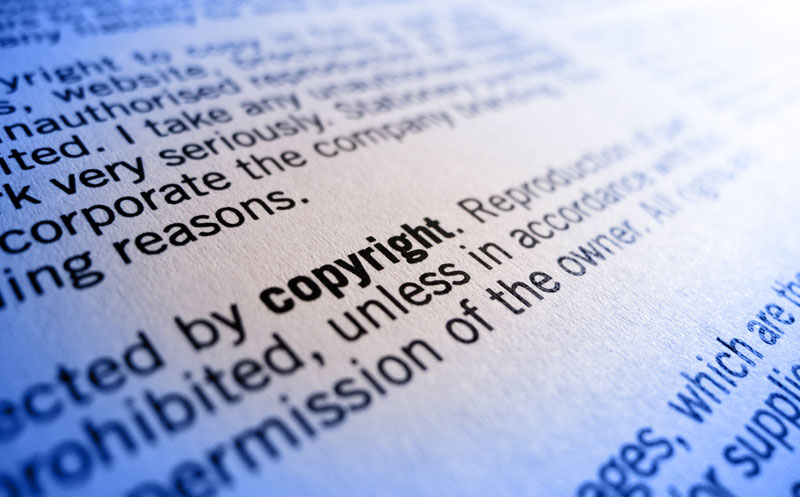 The digital age has inevitably shaken the concept of copyright to its core. When you have “digital” content, you always have the “human readable” format and you also have the digital expression of the copyrighted material translated by computers into bits — the ones and zeroes. As a result there is a degree of inevitable copying of the work in question. “Digital” means copying, in other words.

Computers make copies in order to process and display information. Therefore “computer” also means copying. As a result, the growth of computers accessing content over digital networks means either reinventing information and communications technologies or re-inventing copyright to some extent.

Unfortunately, it has taken a painfully long time for this fairly simple realisation to dawn on many of the analogue industries that had grown too comfortable to grab the opportunities that the digital revolution offers. One of the best examples of this dogged refusal to accept the most basic concepts of digital technologies was the debate surrounding the copyright status of temporary technical copies created by computer networks.

In 1999/2000, publishers and the music industry ran an energetic lobbying campaign against a copyright exception for incidental network copies that, “do not interfere with the normal exploitation of the work” by the copyright owner.

The European Publishers’ Council (EPC) warned in 2001 that “unless we have Parliament’s amendments [to prohibit unauthorised temporary copying] or something similar in effect, we do not have the ability to authorise any kind of copy, regardless of its economic significance, and thereby lose our control over illegal, piratical distribution of our works.”

The logic of the publishers was somewhat more subtle and more dangerous than it sounds. If every copy in an internet provider’s network would be a copyright infringement, the provider could not function without prior authorisation. Providers would be liable for copies made in the transmission of legal/authorised content and doubly liable (for the copy and the facilitation of the infringement) for illegal/unauthorised content.

If the amendments in question had been adopted, European Internet companies would have had no option other than to monitor, delete, censor and restrict their customers in every way that the publishers considered appropriate for fighting against copyright infringement — as well as increasing prices by demanding royalties for legitimate content. Of course, 1999/2000 was a lifetime ago in internet years and things have moved on in the meantime.

Or have they? In 2012, the Austrian High Court has referred the “kino.to” case to the European Court of Justice. One of the questions asked in that case is: “are reproduction [sic] for private use and transient and incident reproduction permissible only if the original reproduction was lawfully reproduced, distributed or made available to the public?”

The referral attempts to re-open the question of making internet companies independently liable for copyright infringement in relation to every unauthorised file that passes over its network. So, we are back in 2000, with a threat that internet companies could be forced into a “gatekeeper” role as a privatised police force.

An unwise ruling from the European Court of Justice would speed up an already problematic trend that is fuelled by efforts to use internet companies as private enforcement “tools” in order to protect copyright in the online environment. Even though both ACTA and SOPA failed, their proposals on the enforcement of copyright through “voluntary”arrangements with any or all internet intermediaries live on. The US-led OECD “Communiqué on Principles for Internet Policy-Making”[pdf] adopted in June 2011 talks obscurely of norms of responsibility that enable private sector voluntary co-operation for the protection of intellectual property.

It somewhat less obscurely reflects an active choice to avoid references to the right to a fair trial and due process of law, choosing instead to refer to “fair process” — which sounds like both, but means neither. This practical implementation of such a policy can be seen in efforts of the United States “IP Enforcement Coordinator”, to exploit the global reach of US companies to take “voluntary” punitive actions against foreign online services considered to be breaching US copyright rules. The “voluntary” measures taken against Wikileaks also give a taster of where this policy is heading. Payment service providers blocked payments to Wikileaks while Amazon withdrew hosting services.

This increasing pressure on intermediaries to meddle with content is happening at a particularly inauspicious time. Internet access providers are increasingly demanding the right to interfere with the functioning of the open internet (i.e. undermining the concept of network neutrality). The core value of the internet for free speech is the “any-to-any” concept whereby any part of the network can (broadly speaking) communicate unrestricted with any other part of the network.

This is now under threat from the privatised enforcement measures demanded by some policy-makers from internet intermediaries that are increasingly finding commercial advantages in making such interventions.

Suddenly, we end up confronted simultaneously with all the worst aspects of policy-development over the past fifteen years. We have courts questioning the most fundamental elements of the networked environment — the “right” of network providers to make the transient copies that are essential to the functioning of the Internet — the argument that we already had thirteen years ago.

Layered on top of these existential questions, we have policy-makers tinkering with the most fundamental legal principles of a society that is based on the rule of law, seeking to replace the regulation of free speech and communication by laws and courts with terms of service and the whims of internet access providers, hosting providers, domain name registrars, domain name registries, search engines, payment providers and advertising networks.

And layered on top of this, we have internet access providers raising their own existential questions about the viability (from their perspective) of the core concept of the internet – the  “any-to-any” principle.

One response to “Getting copyright right”