As the Greek financial crisis drags on, politicians from the mainstream parties continue to flirt with the far-right Golden Dawn and mainstream media downplays the threat that the party represents 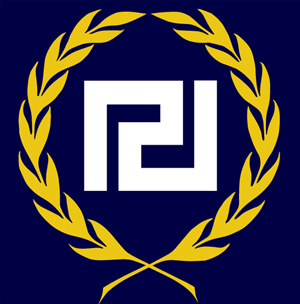 Media coverage of neo-fascist Golden Dawn’s activities in recent weeks has focused on the Nazi anthem played at a food distribution event the party held or the swatstika tattooed arm of a party spokesperson Ilias Kasidiaris. It’s all portrayed as another lifestyle, albeit with a fascist tint.

But these incidents are evidence of a continuing and alarming political reality that no Greek or European can turn a blind eye to.

It’s been argued that the fascism emerging today is the result of long-term political and social trends. Right wing populists, far rightists and independent extremists all share – more or less – a common principal: They see immigration, ethnic diversity and religious freedoms as a threat to national cohesion.

It is in this context that the neo-fascist party carries out its actions against groups that violate its perceptions of the Greek nation. These “dissidents” include anti-fascists, anarchists, leftists, homosexuals and immigrants. Since the outset of the economic crisis, the party has managed to persuade some of the impoverished middle and working classes that it speaks for them.

George Pleios, head of the Department of Communication and Media Studies Faculty at the University of Athens, has recently written about the political affinities of the “right” and the “far-right” spectrum and their culture of political intolerance, either in or outside parliament.

“There is a common ideological reservoir whereby far-right MPs and proponents of right-wing extremism express their political views and plan their political actions. For them national identity comes first. There is no room for individual rights. Nobody is entitled to any other belief than the nation and the race”.

Within Greece, there is speculation that New Democracy will cooperate with Golden Dawn at some point. Pleios considers that a possibility.

“Everything is possible. In that case, of course, many political compromises must be made. Both parties would never want to experience severe election loss”, he said.

Golden Dawn entered the Greek Parliament in 2012 with an unprecedented 6.92% of the vote. The party’s poll ratings have reached 18% in recent days. During this time, there has been a strong legitimisation of their rhetoric, mainly emanating from the right wing political spectrum.

At first glance, the picture one gets from the parliamentary discourse is that Golden Dawn is heavily criticized with its back against the wall. Not so long ago, there was discussion of banning the party. In May, the Greek Prime Minister Antonis Samaras held talks around an anti-racism bill that was aimed at slowing the growth of the party.

A more careful look though, suggests differently. According to a report from Dimitris Psarras, investigative journalist at “The Journalists’ Newspaper” (Efimerida Ton Sintakton), many far-rightists and junta nostalgics that survived politically throughout the years, today surround the Greek prime minister as associates, advisors or New Democracy party members.

Makis Voridis, recently appointed as special representative on migration to the OSCE Parliamentary Assembly, has been defending Savvas Hatziparaskeyas, publisher of the far-right newspaper “Stohos” and a strong supporter of Golden Dawn.

In the1980s Voridis served as secretary of EPEN’s youth wing, succeeding Nikos Michaloliakos, who is Golden Dawn’s general secretary. EPEN was a fascist party founded by Georgios Papadopoulos, the head of the military coup d’état, which ruled Greece from 1967-1974.

Another connection between some New Democracy members and Golden Dawn comes from the writings of Failos Kranidiotis, an unofficial advisor to Samaras. On 12 December 2012 Kranidiotis wrote that New Democracy should appeal to populist “Independent Greeks” as well as to Golden Dawn. “These are mainly our people”, he wrote.

A few months later, Panayotis Baltakos, the government’s general secretary, allegedly said that cooperation between New Democracy and  Golden Dawn in upcoming elections is “undesirable but not an unlikely possibility”. Last December, Baltakos had told the National Commission for Human Rights that regarding the committee’s work on human rights and the country’s international obligations “he doesn’t care in his capacity as a representative of the government and New Democracy”.

On 1July, former minister Vironas Polydoras, when asked whether New Democracy should cooperate with the neo-fascist party said:

Moreover he insisted that the troika — the European Union, the International Monetary Fund and the European Central Bank– not Golden Dawn, poses the greatest threat to Greece.

In response, Anna Asimakopoulou, a spokesperson for New Democracy, said that the party “would never work with neonazis”.

Golden Dawn has also fostered relationships with some orthodox religious groups and bishops belonging to the Greek Orthodox Church. At the same time, the party has targeted performers and topics that it does not agree with.

In March 2013, journalist Matthaios Tsimitakis reported for Index on Censhorship what happened when the controversial theatrical play “Corpus Christi” went on stage:

“For about a month, the actors and other workers at the Hitirion Theatre had to take precautions to protect themselves from threats against their lives and violent attacks by Orthodox religious groups and Golden Dawn”.

Golden Dawn has made its position on the arts that don’t fit with the party’s philosophy clear.

“Abolition of state subsidies and the marginalization of the ‘artists’ that offend ethnic, religious and historical symbols”. – from a Golden Dawn political leaflet (p. 22)

Greek Orthodox clerics like Bishop Amvrosios of Kalavryta and Bishop Seraphim of Piraeus have openly expressed their support of Golden Dawn. Both of them have often spoken out against Jews and homosexuals, though their viewpoints are at odds with other members of the church hierarchy.

On 15 July, Amvrosios wrote on his blog that “we have to rise up” because “we have been sold out a long ago. We are Jewish occupied”. In an older post he writes about the “imminent threat” of Islam saying, “Islam does not play around”.

In much the same spirit, Golden Dawn’s rhetoric contains islamophobic and anti-semetic propaganda.

“1400 year old tradition of Jihad has reached Europe, as well as Greece, and is ready to conquer the continent and our country”, says a recent article on Golden Dawn’s official website entitled “Enemy at The Gates: Islam as a Trojan Horse of New Order”.

In June, the Muslim Association of Greece received a threatening note with the emblem of Golden Dawn printed on it. All Muslims, Greeks and foreigners, were given one month’s time (until 30 June) to leave the country otherwise they would be “slaughtered like chickens”.

Golden Dawn denied any connection with the note, calling it a provocation to the party.

Greece’s next legislative election is due to be held by 2016. What Golden Dawn’s role will be is an open question.

This article was originally published at on 19 Aug, 2013 indexoncensorship.org. Index on Censorship: The voice of free expression

2 responses to “Golden Dawn: The open question of Greek politics”