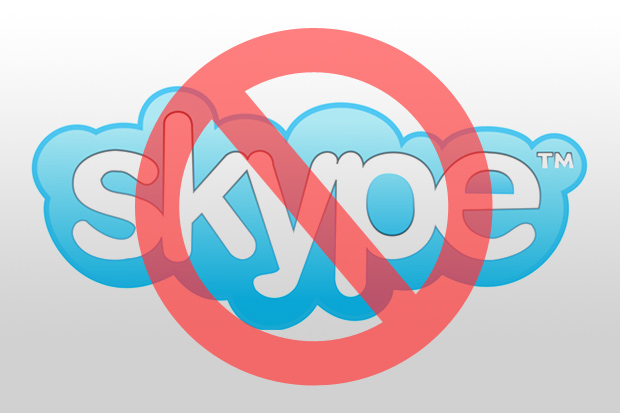 The government of Sindh province warned last week it would block Skype, Whatsapp and Viber Tango.

Dr Asha Bedar, a clinical psychologist, looks at the news of a proposed three-month blockade of Skype and WhatsApp in Karachi, with much trepidation. Having recently moved to this southern port city of an estimated 20 million, these apps are almost like a lifeline.

“Like so many others, my family and friends are scattered around the globe. It’s these Skype, Whatsapp etc., that help bridge the distance. We  are constantly in touch and able to share our joys and sorrows, ” she said.

Pakistan’s commercial hub, Karachi, has witnessed much violence in recent years. According to the Citizens-Police Liaison Committee, the city witnessed 2,124 murders last year and 2,058 in the last nine months.

Memon said terrorists had switched from cell phones to these networks which were difficult to trace.

However, the news opened a floodgate of criticism and derision from all strata of society.

“What next? Motorbikes, cars, cell phones, since the terrorists use all of these as well!” wrote Saroop Ijaz, a Lahore based lawyer in the Express Tribune.

Matters only got worse after 25-year old Bilawal Bhutto Zardari, co-chairperson of Sindh province’s ruling Pakistan People’s Party, tweeted: “Dear Burgers [referring derisively to westernized young people] Sorry abt Skype/Viber/Whtsapp. Excuse us while we catch some terrorists and save some lives. SMS for 3 months. Sincerely BBZ”.

“Our right to communicate shouldn’t be a victim to national security,” pointed out Sana Saleem of co-founder Bolo Bhi, a group that campaigns for freedom of speech.

Pakistan is among the bottom ten countries in the annual report — Freedom on the Net 2013 — by the Freedom House, an independent watchdog based in Washington D.C. The report measures internet and digital media freedom in 60 countries. It said Pakistan blocks objectionable content, monitors internet users, lacks adequate connectivity in rural areas and has not done enough to protect users from accusations of blasphemy.

The ban if imposed, even if temporary, can only reflect Pakistan as one of the most restrictive nations in the world for internet use.

The Pakistan Telecommunications Authority has a history of clampdowns. It has banned more than 4,000 websites for what it considers objectionable material, including YouTube, which was blocked last year after a U.S. citizen posted a film was deemed blasphemous by Muslims around the world. In 2011, in a particularly ill-thought-out move it announced censoring text messages containing swear words. In 2010, after a decision by the Lahore High Court, Facebook was blocked as a reaction to the ‘Everybody Draw Muhammad’ page that was seen as offensive to the prophet and in 2009, then interior minister had announced a ban on jokes ridiculing the President Asif Ali Zardari and warned that the Federal Investigation Agency would trace electronically transmitted jokes under the Cyber Crimes Act.

While Saleem says the impending ban reflected a “flawed counterterrorism policy”, sports reporter Faizan Lakahani, working for private television channel, Geo, feels it only showcases that the government “is just not competent in nailing down terrorists”.

Bans to restrict citizen’s freedom  were not only futile but counter-productive. The government should use technology to trace out terrorists, instead, Lakahani said.

“The ban on cellular phones in the past has led to disabling of car security and home security systems,” added Saleem. “For every blockage there are dozens of ways to circumvent them. It would be a huge challenge and technology-wise nearly impossible to do a province specific ban.”

But for many like Bedar, the ban could significantly affect work.

“I work from home regularly and keep in touch with my clients. At times due to distance I even do therapy sessions on Skype. In addition, I regularly take up  international assignments for which we often hold meetings and discussions via Skype. The ban could potentially affect  both my work and efficiency,” she said.

Saleem , who uses Skype regularly for work, would also be affected. “I also use Whatsapp for work. Currently I’m working on short documentary stories on migrant workers and refugees in two different regions. I’ve Whatsapp’ed groups for people I’ve interviewed to keep in touch and to keep them posted once I’m back in Pakistan,” she said.

Many believe it wouldn’t be totally unfounded if the excuse to implement the ban was shaped by the telecommunications companies themselves, as these apps were threatening their revenues. Saleem agrees: “The telecom sector has been widely impacted because of these ad hoc measures”.

The ban has not been put into force because final authority rests with the central government in Islamabad. Interior Minister Chaudhry Nisar Ali Khan had already sounded out his reservations.

“The state has often backtracked from such announcements in the past after public outrage”, Saleem said.