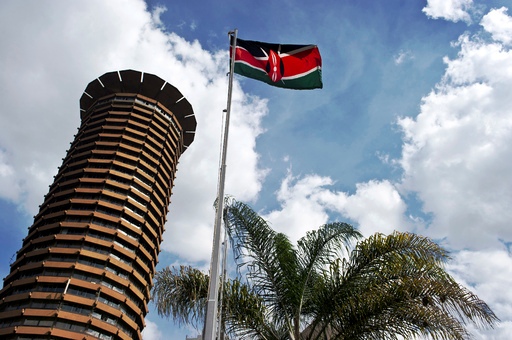 As Kenya prepares to mark its golden jubilee on 12 December, the country is still behind in tackling its biggest threats to free expression. Corruption, ignorance and political meddling still reign supreme.

Articles 33 and 34 of the Constitution of Kenya respectively grant the freedom of expression and the freedom of the media. The articles cover individual as well as media freedom and independence free of government interference or intimidation, provided the rights and reputations of others are not infringed. These freedoms, however, will seemingly come at a heavy cost to the recipients.

Corruption has permeated every aspect of Kenyan life. Institutions of repute have fallen prey to the graft menace including the police service, the judiciary, and government ministries. The private sector has also not escaped corruption’s grip. Corruption robs Kenyans of their rights. Various reports by organs like Transparency International perennially rank Kenya among the top most corrupt countries.

There are often untold stories of how envelopes with “tokens” are passed around to journalists after press conferences or meetings by certain organisations, spokespersons or public figures. For all intents and purposes, this is in exchange for good press coverage. There are also cases of journalists being bribed to kill stories that may incriminate or taint the images of certain politicians or advertisers.

The duo of investigative journalists, John Allan-Namu and Mohamed Ali, were once offered a bribe of one million dollars in early 2009 to drop a story they were working on regarding a certain company offering vehicle tracking services. They declined the offer, going on to expose the company’s fraudulent activities, as well as the bribery attempt itself. But this raised the question: how many journalists have accepted bribes?

Media literacy is also a problem. The average Kenyan takes up whatever they see, hear or read about in the media as absolute truth. Media literacy is important for a person to be able to analyze and evaluate content disseminated via the various media outlets as well as to distinguish truth from falsehood, hoax or propaganda. Without this, most Kenyans accept everything portrayed in the media. This is dangerous as messages can be tailored with ulterior motives and used to manipulate the masses and their perceptions.

Ignorance also causes people not to know where the boundaries are in terms of their freedom of expression as well as how much power they really wield. Many crimes go unreported yearly because citizens may be apathetic or unaware of reporting procedures. It is not uncommon to find people who do not know their leaders are.

Political and government interference also play a major role in liberty of expression. The Kibaki administration saw many strides made in the expansion of the democratic space although it was no stranger to controversy. The infamous raid on the Standard Group by masked gunmen on March 2, 2006 sticks out like a sore thumb in the history of media freedom. Even more recently, there is the Kenya Information and Communications (Amendment) Bill 2013, more popularly known as the Media Bill. Some contentious sections of the bill include forming of a powerful Communications and Multimedia Appeals tribunal to handle regulatory matters; receive complaints and provide judgment over contravention within the new Communications Authority of Kenya or the Media Act.

There is also the imposing of fines of up to 20 million Kenyan shillings for media houses and one million shillings for individual journalists, as well as the powers to suspend and remove a journalist from the roll of practice. This is an unacceptable state of affairs. The media’s role as the fourth estate providing oversight over the other arms of the state, cannot be taken for granted or trampled on.

This article was posted on 4 Dec 2013 at indexoncensorship