NEWS
India: Social media finally has its campaign in the sun
06 Jan 2014
BY MAHIMA KAUL 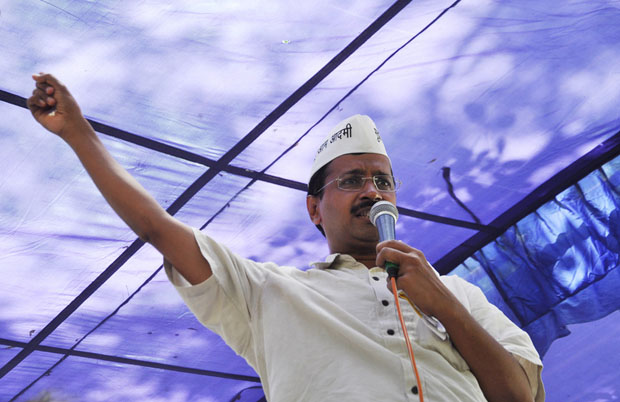 Much has been written about the influence of social media in the upcoming Indian national elections, expected to take place in mid 2014.

While the two major political parties, the Congress and BJP, have invested in social media cells, the larger consensus is that the internet is still largely an urban phenomenon, and therefore, somehow, not important. According to the latest TRAI figures, rural tele-density still stands at 42%. However, the flip side is that urban tele-density, currently at 144.28%, has allowed the cities to become a litmus test of what could happen if the population was able to access the internet, therefore social media, during election time.

Against the backdrop of social media giving the average citizen a voice to express often ignored opinions, came the anti-corruption protests of 2011, led by Gandhian Anna Hazare and his commander-in-chief, former bureaucrat Arvind Kejriwal. As the two spearheaded a campaign to fight against the injustices meted out to the common man through an oppressive political system, and fought for an anti-corruption law to be passed, they found an onslaught of support over social media by the middle class. Even the TV news channels got caught up in the noble theatrics, keeping the cameras live at Anna Hazare’s hunger strike in the capital, attracting more viewers, and also more supporters for their cause.

Two years later, the bill has been passed – but Team Anna, as it was popularly called, split into two factions The first remains under the leadership of Anna Hazare, and has dissipated into the background. The second, however, has only grown in size and stature. Arvind Kejriwal, in perhaps the most maverick of moves, sits in the capital of India today as its chief minister. This, with a groundswell of support not just from the haggard residents of New Delhi, but seemingly growing support from all over the country. Many factors have contributed to this rise; however, one can certainly identify the role of social and citizen media in shaping this particular election, especially when it comes to Delhi’s middle class.

Kejriwal formally formed the Aam Aadmi Party in November 2012, which translated means the ‘Common Man Party’. They decided to contest the 2013 Delhi elections, with Kejriwal directly taking on three time Congress Chief Minister, Sheila Dixshit, in her constituency. He defeated her.

The Aam Aadmi Party today has 1, 137, 873 likes on Facebook. People can donate to the party online, and follow its leaders on Twitter. What’s more, in a clear and concise website, AAP lists out its manifesto, explanations about its constitution and decisions and even an internal complaints committee. It has a video link, a blog, and even an events page so that people can join in. As it gears up for the 2014 national elections, AAP is also inviting nominations for candidates online. This is unheard of in Indian politics, where politicians are born out of birthright or bribes.

As elections in Delhi were underway, Indian media reported that Kejriwal had admitted to learning from Barack Obama’s social media strategy of 2008, which many believe helped him win the White House. Seven thousand dedicated volunteers consisting of students, workers, people on sabbatical from their jobs, and even retired government officials joined to help AAP rise to power. They collected roughly $1.8 million USD for the campaign in 2013. After the campaign was over, analysts revealed the success of AAP with first time voters: AAP’s online coordinators talk of reaching 3.5 million people just before voting day with an app called Thunderclap, which sits on your Facebook page and tells you to go vote. There seemed to be some sort of social media pressure to be trendy and go vote when it came to the youth of Delhi. However, when it came to its low-income group supporters, AAP did not rely on the power of social media, but implemented a door-to-door strategy which would work in that demographic.

AAP has not been without its share of controversies, the most recent of which was deftly handled through opinion polling over telephone and social media. Kejriwal had announced that in the cause of a hung election in Delhi, his party would absolutely not take the support of either the BJP or Congress to form government. The situation played out exactly as they hoped it wouldn’t. So as to not go back on his word, but still have the option of forming government, AAP decided to ask the people what to do. Suddenly, the people of Delhi could vote in various ways, advising Kejriwal on what he should do. After the polls closed, Kejriwal declared that overwhelmingly, AAP supporters wanted him to form government, which he did. As expected, the BJP has alleged that the “so-called referendum” was actually members of the Congress Party spamming the poll to ensure AAP took Congress support to form government, thereby letting the defeated Congress government regain a position of power.

The takeaway from Kejriwal’s success is that social media buzz, leading to (or perhaps caused by) the mainstream media coverage, has effectively resulted in a small time activist now sharing prime time space with Prime Ministerial candidates like the Congress’s scion Rahul Gandhi and the BJP’s Narendra Modi. In the virtual world, the scales are shifting. The Times of India reports that television channels and social media immediately latched on to AAP leader Arvind Kejriwal as the new ‘hero’ who has since then been eating into Modi’s turf – that of the ‘public mind space’. In this war for public attention, Kejriwal seems to be gaining ground at Modi’s cost.

The Aam Aadmi Party and Arvind Kejriwal have certainly cornered the market on becoming heroes for promises made, aided by a masterful communication strategy. But there is more to this. Indians – residents of New Delhi – finally were able to participate in the interactive social media political campaign that they had previously only read about. The promise of an active democracy where the political leaders don’t just dictate terms but actually solicit and respond to the common man is too tempting an offer to ignore. In his first few days in office, Delhi’s new chief minister was unable to come in to the office, and almost comically tweeted that he was held back because of “loose motions.” The joke goes that perhaps some filters are necessary on social media!

However, irrespective of whether AAP delivers on all its promises or is somehow muscled out of office in a few months, it has proven something to all Indian media watchers. Social media buzz has helped in shaping the agenda for India’s largest and most important city, making a newly formed political party into a serious player in just over a year. This is significant as India has over 360 political parties, and space is limited on the national stage. With a few months to go until the national elections, one can expect more articles in the newspapers, listing out how other politicians have suddenly found the value of interacting with the common man over Facebook and Twitter, helpfully answering questions and taking feedback.