NEWS
China: The unsettling and bizarre spectacle of televised confessions

Suspects being made to "confess" to crimes live on air, is making even the most influential scared to speak out 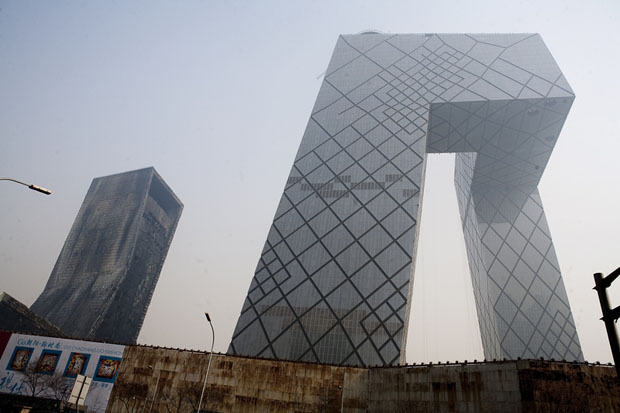 In November 2013, Wang Qinglei, a TV producer at the state-broadcaster CCTV, left his office for the last time. “Long-time co-workers lamented with me, ‘Over all these years, there have been editors, reporters, producers, and directors who have been suspended because of stories, but you are the first producer who has been fired for speaking your true feelings! What is wrong with CCTV these days?'” he later wrote.

“In the space of a year, we get upwards of a thousand propaganda orders,” Wang had controversially vented on an internet forum prior to his dismissal. “We should ask ourselves: How many of these orders were issued in the national interest, and how many were issued to serve the political and economic interests of some individual, group or leader?”

His comments sparked alarm amongst the authorities. They had just passed laws forbidding citizens from exploiting the media to spread unfounded rumours and libellous claims, a strategy which most suspected was more covert censorship than genuine concern.

The open letter that he posted online, which CCTV would subsequently fire him over, focused on a new practice of airing live criminal “confessions.” State-owned CCTV had been broadcasting dramatised admissions by petty criminals for years, in an attempt to win new viewers, but in recent months, a string of high-profile political suspects had also been made to confess to crimes on air. The suspects are often filmed handcuffed and wearing jump suits. The footage is designed to be humiliating. The practice is ongoing.

Chinese-American Charles Xue, a social media celebrity and successful venture capitalist, had been amongst the first victims of the tactic, just two months previously. He “confessed” to having been “in a negative mood” while tweeting criticisms of the government, admitting that his thoughts were “a neglect of the social mainstream.” Separately, the authorities had arrested him for consorting with prostitutes, charges which some say are fabricated.

As Wang put it, when decrying the TV confessions in his open letter to CCTV executives: “We abused the public institution of media to wantonly bombard an individual indiscretion. Journalistic integrity and professionalism were nowhere to be found.”

The ironies of the circumstances surrounding Xue’s confession were either unintended or highly cynical. While the Chinese authorities are still having trouble taming the internet, the government remains in control of print and TV media.

Footage of Xue’s confession, for example, was widely discussed by Chinese TV and print outlets, whose freedom of expression is heavily limited by state involvement. Meanwhile, Xue’s online media presence was rapidly disappearing. Mentions of previous campaigns on microblogging site Weibo were removed. Wang’s open letter to CCTV, the one which had got him sacked, was also removed. Directives issued from the Ministry of Information detailed how links to any of the content would result in arrests.

Wang, and other critics of the policy, argued the on-air confessions, forced on high-profile enemies of the state such as Xue, were an unfair skip round a proper judicial process. Human rights lawyers and even some Communist Party officials have condemned the practice. The confessions sit alongside new legislation that forbids what the government call online “rumour mongering,” and allows anyone who retweets an “unfounded rumour” to be arrested. Thousands have now been arrested, including several high profile “social media celebrities.”

State newspapers say the new laws to control “rumour mongering” are necessary: “The Internet has grown into an easily accessible platform for the Chinese public, an increase in crimes such as defamation and blackmail has occurred online over the past few years.”

“Black PR” is a rapidly growing sector in China – which polishes the online reputation of celebrity and corporate clients – while spreading malicious rumours about their enemies. Rumours started by Qin and Yang were often fabricated, sometimes falsely accusing CEOs of infidelity, or involvements with prostitutes and causing a significant scandal when they effectively destroyed the Chinese Red Cross’ reputation, over made up allegations of sexual impropriety amongst senior officials at the organisation. The pair employed a 15,000 strong portfolio of online personalities to help spread their rumours – known as a “water army.”

Yet industrial smearing from the pair had gone unchecked for years — the government simply wasn’t interested in the malicious rumours Qin and Yang routinely disseminated. In fact, it was only when Qin and Yang’ decided to attack a senior Communist Party official, Lei Feng, that new “rumour mongering” legislation was suddenly used to arrest the pair. They now face long jail sentences.

Charles Xue, who was accused of backing the pair financially when he was arrested, has long been of interest to the party apparatus. As a young man, his father was imprisoned by Mao Zedong, and Xue was forcibly exiled to the countryside, put to work in attempt to reduce the threat he, and other academics, supposedly posed to communism. His outlook since the effective imprisonment has been increasingly international – as a young man he quickly learned English, did some translation work of American texts for publication in China, and travelled to Stanford to study.

In recent years, Xue has amassed not only vast wealth through his various business enterprises, but also several million followers on social media. He leverages this considerable audience for awareness campaigns around issues such as clean water, kidnapping and human rights. He also speaks passionately about the potential for Weibo to affect change.

The irony of the state abusing their control of TV and print to control those who “abuse” the media online has also been noted by local Chinese observers. Government bodies “spreading falsehoods” have come in for focussed criticism. Activists simply ask “why are men like Charles Xue being arrested, when the authorities regularly spread false rumours themselves?”

For example, an article about the Beijing police in a state-run newspaper, which reported on a supposed new crackdown on prostitution, was quickly identified as a fake. The article was in fact a repeat of an identical piece published several years earlier, which had simply been reprinted with a new date at the top.

Critics also called out newspaper Xinhua, when they mistakenly announced that Istanbul had been awarded the 2020 Olympic Games, instead of Japan. The authorities, who effectively operate Xinhua, were extremely embarrassed by the editorial hiccup. Yet no arrests at Xinhua have yet been made, over this Olympic-sized mistake.

International media has been suggesting Weibo is being”neutered” as a result of the new anti-rumours crackdown – with people too scared to use it. But newer analysis of online conversations since the legislation has been passed has revealed something strange. Record numbers of Chinese netizens are now politically active, in particular chatting about the relatively obscure political ideology “constitutionalism.” Constitutionalism is a reformist movement that advocates tying the Communist Party to a constitutional framework. In Weibo terms, the volume of conversations is enormous: there are currently twice as many microblogs referring to “constitutionalism” as were being made around the time of the Jade Rabbit moon landing. The Chinese foray into space held the previous record for most microblogs on a single topic, the analysis showed.

But on balance, the laws are chilling. The arrest net the “anti-rumours campaign” has thrown is big, with thousands already in custody. In politically troublesome Inner Mongolia, the state has made fifty arrests. And the firing of Wang Qinlei at CCTV will shake employees at state-owned media outlets, but also “social media celebrities” who are contemplating effecting social change online. The sacking starkly shows how the Communist Party stands behind CCTV as a broadcaster: endorsing public confessions to made-up crimes, as an agent of the state. Criticism of these public confessions will not be tolerated — instead it will be destroyed. And consider the “victim” of the confession, Charles Xue. Trumped up prostitution charges were probably difficult to explain to his wife. His kids won’t remember fondly, watching their dad on TV, confessing to being an enemy of the state. Nor the bullying that goes on in the school yard afterwards. The gossip and rumours behind his family’s back. “Saving face” is an all-important concept in China: public humiliation is the antithesis of that. Televised confessions, an unsettling and bizarre spectacle, are making even the most influential scared to speak out.