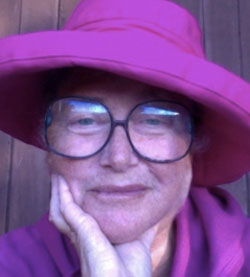 Omair Ahmad, author of ‘Jimmy the Terrorist’ and ‘The Storyteller’s Tale’ has written to his publisher, Penguin India, to cancel his contracts so that he does not feel hypocritical criticizing them. Ahmad’s statement follows closely behind a strongly worded letter by author and Booker Prize winner Arundhati Roy, who asked, “You must tell us what happened. What terrified you?”

The reactions by Ahmad, Roy and other Indian authors and columnists have been prompted by Penguin India’s decision to pulp all remaining copies of American author Wendy Doniger’s controversial book – The Hindus: An Alternative History. This decision came after pressure put on the publisher from a lawsuit filed in 2010 by Hindu group Shiksha Bachao Andolan Committee (The Movement to Save Education) which claimed the book contained heresies and factual inaccuracies.

For its part, Penguin India claimed that it settled the four-year suit in part due to the Indian Penal Code that makes it “increasingly difficult for any Indian publisher to uphold international standards of free expression.” It went onto cite section 295A which threatens up to three years imprisonment against those who “with deliberate and malicious intention of outraging the religious feelings of any class of citizens in India, by words, either spoken or written … insults or attempts to insult the religion or the religious beliefs of that class.” International copies of the book are still available. And, predictably, the book can be illegally downloaded over the internet.

Reactions in India have been mixed. There are those who support Penguin’s decision, as there is a worry that the book places forward a highly sexually charged version of Hinduism, offensive to many devout Hindus. Offensive enough for a group to move the Court against such a book, as is their legal right. However, what has shocked many is that Penguin succumbed to pressure to remove the book from the Indian market without their even being a court order forcing them to do so. As a reaction, the Bangalore based Alternative Law Forum has issued a legal notice to Penguin India claiming the publisher has violated freedom of speech laws and its readers’ rights. The Hindustan Times carried an article criticizing Chiki Sarkar, the publisher of Penguin India, for not keeping her word of October 2012 to “take the next injunction we are faced with and really fight it out.” This, to many, is just another case of self-censorship by so-called liberals because of pressure from right-wing fringe groups who “morally police” Indian society. This is indeed a rising trend in India, as is evident by the growing numbers of reports in the news highlighting cases of exhibitions being cancelled and more famously, stopping authors like Salman Rushdie to appear at literary book festivals.

In a passionate editorial, commentator Pratap Bhanu Mehta has hit out at liberals, so called defenders of free speech for failing themselves. As he writes: “Liberal India has been silenced because it never understood that toleration does not, to use Govind Ranade’s phrase, come in halves. You cannot pick and choose when to be tolerant. You cannot choose to be tolerant along partisan lines. Neither can you choose to be tolerant based on what you think are distinctions between good and bad scholarship, serious and scurrilous books. These distinctions are a good basis for criticism; they are not the best basis for deciding whom the law will protect. And R.V. Bhasin, author of a banned book on Islam, will be protected as much as Wendy Doniger. And so it should be. If you want a hundred flowers to bloom, a few weeds will grow as well.”

Bhanu is right. Attacks on freedom of speech aren’t always prompted only by religious groups. It was only in January 2014 that the media reported that ex-bureaucrat Jintender Bhargava’s book India’s national airline, Air India, was being withdrawn by publisher Bloomsbury, with leftover stocks being destroyed, as well as an apology to former civil aviation minister Praful Patel, who has been pilloried in the book as the man who caused the downfall of the airline. Bhargava found that television discussions about his book were cancelled for reasons unknown to him, and despite an ensuing legal battle – ex-minister Patel has filed defamation cases against him which are yet to be settled — the publisher chose to settle the matter with Patel.

In an article on the matter, Medianama reported that the author, Bhargava, chose to keep the rights of the book for himself and is now looking for another publisher or to release the book online. This, the site reports, is possibly “a sign of things to come.”

Could this also be yet another sign of things to come: What it is now being described as the phenomenon of “libel chill” in India. This means using money to start libel suits the moment someone criticizes them. The Hoot reports of yet another case towards the end of 2013, where giant group Sahara India filed a case against Tamal Bandopadhyay, journalist and author and his publisher Jaico India, for damages of a whopping Rs 2 billion and a perpetual injunction restraining them from publishing or circulating or releasing the book, Sahara : The Untold $tory, in any form.

In these cases, what is the role of the publisher? Can Penguin India be held to a higher standard – one that would involve years of costly litigation – or can they be forgiven for taking a business decision that means they give up on their authors who are left to fend for themselves? Should writers of sensitive subjects look to retaining the rights to their books lest they need a new publisher, or explore digital publishing because the trend seems to indicate publishers might not wait for a court order to stop publishing certain books.

The final answer, then perhaps, lies in the solving of “blatant abuse of libel and defamation laws by corporations and individuals in positions of power, to silence critical voices”, as described by Gautam Bhatia in Outlook magazine. He offers a solution: In the interest of free speech the court must protect journalists and authors who do not wilfully or with reckless regard publish what they know to be wrong. As he writes, “it is possible that the pendulum will swing the other way, and the threat of an unrestrained and irresponsible media can never be discounted… undesirable though the prospect of an unaccountable media is, the prospect of a silenced media is far worse.”

The courts must stand up for freedom of expression in India, and publishers and authors need to know that principles of free speech are worth fighting for, and self-censorship isn’t the new order of business. It is absolutely no coincidence that India has been ranked among the worst countries (140 of 180 countries) on the World Press Freedom Index in 2014.

This article was published on 28 February 2014 at indexoncensorship.org