NEWS
Hush -- slander is a criminal offence in India 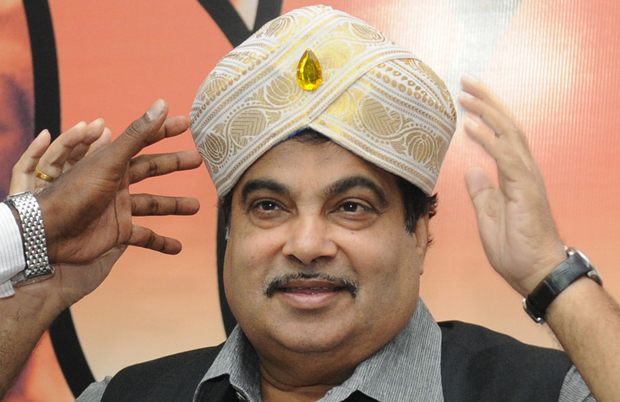 Nitin Gadkari, a politician with a chequered, if not dubious record of integrity and probity, had a political opponent arrested for slander. (Photo: Amit Kumar/Demotix)

Once, President Lyndon Johnson was caught in the crossfire of an anti-Vietnam war protest. A placard was shoved in his face: “LBJ pull out, like your daddy should have done.” Sure, LBJ got the pun, as would have Anthony Weiner in our present times, but he remained unperturbed. Consider Lady Violet Bonham Carter’s biting repartee to an irresolute Sir Stafford Cripps, saying he “has a brilliant mind — until it is made up”.

Mordant wit is what makes politics and political debates sparkle with brilliance, besides deflating windbags and putting stuffed shirts in their place. Even if the “sourcasm” is discounted, plainspeak and no-holds barred verbal duels contribute in no small measure to ensuring accountability, for who isn’t mortally petrified of lacerating criticism?

Turns out that in India, folks with brittle egos and skeletons stacked up in their closets, can and will wield the law to clam a critic’s mouth shut, and even have them put in jail. And this is irrespective of resorting to some risqué puns.

Arvind Kejriwal, founder of the Aam Aadmi (Common Man) Party, who is out on a limb to eradicate the scourge of corruption, realised this to his peril when Nitin Gadkari, a politician with a chequered, if not dubious record of integrity and probity, had him arrested for slander. Slander? No, Gadkari wasn’t invoking some law of the Middle Ages or the Victorian Era. He was merely invoking Sections 499 and 500 of the Indian Penal Code which criminalise defamation, both in writing as well as verbal statements. Kejriwal called Gadkari “corrupt” because not very long ago, the latter did come under the scanner for alleged massive illegalities in his business dealings, but managed to wriggle out since no legal investigation or prosecution were launched.

These two provisions are so broad in scope that every insinuation, unless proved to have been made in “good faith”, can land someone in prison. Someone like Kejriwal, who was incarcerated for six days until he was let out on bail yesterday. Now how does one prove “good faith”, that too, “beyond reasonable doubt”, since that remains the standard of proof in criminal law? Worse, a person can be taken into custody even while this seemingly Herculean task is getting done.

As if criminalisation of libel isn’t bad enough, punishing “slander” grants almost instant impunity if one is strategic enough. Take Kejriwal’s example, again. In October and November last year, he addressed a press conference and read out from a list of charges against business tycoon Mukesh Ambani. The businessman lost no time in slapping legal notices against every television channel which broadcast the conference. Libel chill, without a shred of doubt, for all the channels went silent. Whether Ambani’s fleece is as white as snow isn’t the question; his dark deeds of pulverising criticism are, and deserve the most trenchant critique.

It is encouraging to note that already demands are being made for decriminalising libel, but unless slander is banished from the statute books, dangers would continue to lurk. The Law Commission of India has taken a laudatory and timely step by releasing a consultation paper which seeks to unshackle the media from apprehensions of libel chill. But what happens to individuals — political activists, or whistleblowers? A possible solution lies in Gertz v. Robert Welch, Inc. wherein the Supreme Court of the United States extended the Sullivan privilege (named after the legendary NYT v. Sullivan case) — that only statements made with naked malice or reckless disregard for the truth shall be held as defamatory — available to media houses, to certain categories of individuals also. Those “seeking governmental office” and those who “occupy positions of such persuasive power and influence that they are deemed public figures for all purposes” were accorded protection. Recently, this has been adopted in international money laundering law of PEPs or Politically Exposed Persons. It includes, “individuals who are or have been entrusted domestically with prominent public functions, for example, heads of state or of government, senior politicians, senior government, judicial or military officials, senior executives of state-owned corporations, important political party officials”.

Back in 2011, the UNHRC (United Nations Human Rights Committee) issued a declaration condemning Philippines’ provisions of criminal libel as a violation of the ICCPR.  One hopes India wouldn’t require such a slap on the wrists to amend the repugnant law which rewards dishonest claims of calumny.

This article was published on May 29, 2014 at indexoncensorship.org