NEWS
Belarus: Bialiatski is out of prison – but not entirely ‘free’
23 Jun 2014
BY ANDREI ALIAKSANDRAU 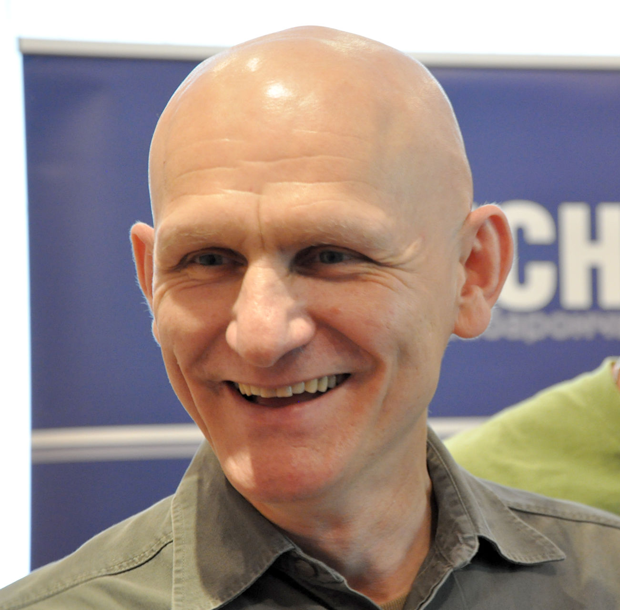 Ales Bialiatski was released from detention. (Photo: Andrei Aliaksandrau for Index on Censorship)

Ales Bialiatski, a Belarusian human rights defender, was released from prison on Saturday after almost three years behind bars on politically motivated charges.

“My release came as a surprise. I was not expecting anything like that. There was a usual routine check in the morning and they took me to work with other prisoners. But around 9 a.m. I was summoned to the prison director’s office, where they told me I am being released due to an amnesty,” Bialiatski said during the press conference in Minsk today.

Bialiatski, the chair of the Human Rights Centre Viasna and a vice president of the International Federation for Human Rights (FIDH), was arrested on 11 August 2011 in Minsk and later sentenced to 4.5 years in prison for alleged tax evasion. He did not admit guilt and stated the funds in his bank accounts abroad were in fact spent for activities of Viasna and supporting victims of human rights abuses in Belarus.

“I am not sorry for those three years I spent in prison. This is the price you pay for making Belarus a free and democratic country. If we want to improve our life and drag Belarus out of the swamp it has been in for 20 years already, we need to be active and not to be afraid of repressions civil society faces. I knew what I was in prison for, that is why it was easy for me emotionally,” Bialiatski said.

In fact, it was not always easy. “Political prisoners in Belarusian jails are kept in different conditions than other prisoners. For instance, no one was allowed to talk to me, even if it was a friendly chat about weather or football, a person who approached me could be punished by the prison authorities. That was just one of many examples of physiological pressure political prisoners face in jail,” he said, describing his time behind bars.

He symbolically crossed his name out of the list of Belarusian political prisoners on a campaigning T-shirt his colleagues wore while he was in jail.

Bialiatski expressed his gratitude to “tens of thousands of people” from Belarus and around the world who supported him during his time in prison and campaigned for his release. Bialiatski also said he is not going to leave the country and he is determined to continue his human rights work.

There will certainly be ground for that as Belarus continues to have a poor human rights record. Most commentators inside the country do not see Bialiatski’s release as a sign of any genuine improvement of the human rights situation, but merely a step of “good will” that can ensure possible renewal of a dialogue with the European Union.

“The EU is clearly looking for ways and platforms for a dialogue with Belarus. Europe certainly wants to decrease tensions in the region and stabilize the situation that was created because of Ukraine and its conflict with Russia. And it can be strategically important for the EU not to allow Belarus turn completely pro-Russian. The problem is the authorities of the country refuse to talk to the Belarusian civil society, and what we have started seeing is the West is ready to give in to the government of Belarus and ‘sacrifice’ participation of active NGOs in a possible dialogue. This will be a huge mistake. Lukashenko is going to deceive Europe once again, and we can see another clampdown on civil society of the country after the presidential elections of 2015,” Uladzimir Matskevich, a Belarusian methodologist and analyst, says.

“I am really happy Ales is out of prison – but I can hardly say he is ‘free’. We are all not free here. Bialiatski’s release is certainly great, but it does not signal any change. The authorities keep tight control over society. Dictators act this way; they need to show they are capable of strict punishment and mercy; they need to show acts of both time to time to manifest they are in charge. This is perhaps what we see with Ales’ release. The opposition is still too weak and disengaged to break through this vicious circle,” Matskevich said.

This article was published on June 23, 2014 at indexoncensorship.org