In a new poem written for Index on Censorship, Turkish playwright and author Meltem Arikan explores the status of women in Turkey. 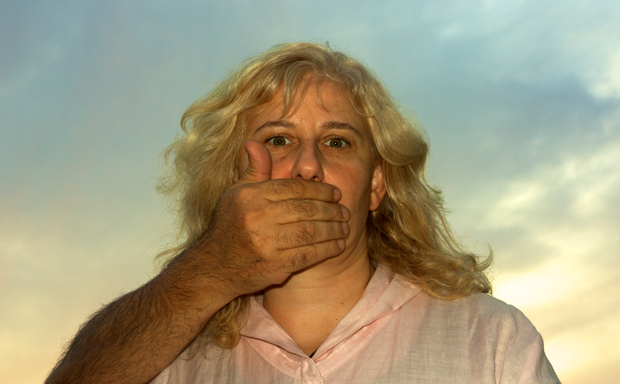 Meltem Arikan is a Turkish playwright living in the United Kingdom.

you women have the right to speak!

you have the right to laugh!

you have a say over your bodies…

So they say, but in Turkey,

as the culture of fear expands.

If I shout ‘enough’,

will anyone hear my voice?

As women begin to step outside the frames of their lives,

as modern tools for communication enlighten them about the world beyond,

the more curious they become

the more they inquire

the more they change

the more they demand more from their lives.

They dare to say no,

And they become those dangerous women

who are attempting to break the order…

scared to be counted as trouble makers,

the scraps thrown from men’s tables.

the fear of failure:

failing to satisfy the expanding demands of women

when their constructed masculinity is perceived to be at risk,

they will stoop to violence and kill women and children.

So there are men

who feel that their manhood is under threat,

who take issue with their wives’ increasing demands,

who applaud this authoritarian system of government

as an example of how to deal with these problems.

the young and lesbian,

by extending clemency to perpetrators of violence

instead of punishing them with the severity they deserve.

So there are men

Who are afraid facing up to their fear and pain.

Recoiling from pain and embarrassment of what has happened to them, rebound towards leaders

who apportion them so called high ideals.

So these men have become as dishonorable as the ones

who govern the country through fear and oppression.

Leaving aside, for the moment,

their antagonism towards organized resistance and protest,

just think: they can’t bear you,

beyond the limitations they’ve decreed.

They can’t control their desire to destroy those

who raise their voices

who show resistance to their flawed dominance.

They’re always on the look-out for

on whom to project their hatred

To mitigate their pain,

that reminds them of their own inadequacies

Women are should have three children…

for rent or sale…

Women confirm that women who are raped

are at fault for wearing low cut dress.

It must be true: it’s reported in the press.

Women should not laugh in public.

Girls and boys must be educated separate.

No matter how much they want,

women can no longer shout out loud.

They cannot do it.

Any female expression results in accusations,

a woman insists on speaking her thoughts,

she will get a violent response

or at its extreme,

by politicking over women bodies

A genuine course of action against violence

their ideas off women.

If I shout ‘enough’,

will anyone hear my voice?

This poem was published on Wednesday Sept 17 at indexoncensorship.org