The Freedom of Expression Awards celebrate the world’s most remarkable fighters for free expression. This week we are spotlighting the shortlisted nominees in the digital activism category 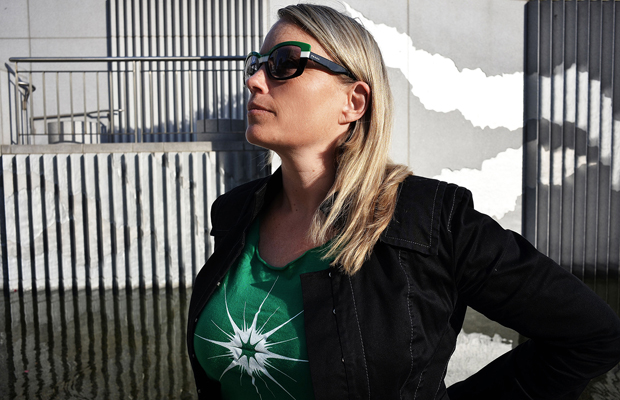 Nico Sell is a US-based entrepreneur and activist for online privacy and secure digital communication. Sell is the CEO of Wickr, a private messaging app with watertight encryption technology. Messages sent using the app self-destruct after a length of time adjusted by the sender – from six days to one second – and are then overwritten by gibberish data on the sender’s and receiver’s phones, making them impossible to recreate.

“Wickr is a messaging app that allows you to send pictures, videos and files, but the only difference is that only you have the keys, so we don’t see who any of our users are, or what they are sending. We are essentially just a transports of gibberish, and it’s used by a lot of human rights fighters around the world for those reasons”, Sell told Index on Censorship.

Wickr’s secure encryption and lack of a central database distinguishes it from similar apps such as Snapchat, which was hacked in January 2014 and had its users’ details posted online. After the breach, downloads of Wickr increased by 50 per cent.

Files leaked by Edward Snowden in 2013 revealed the extent to which the US National Security Agency had covertly retrieved users’ personal data from Microsoft, Facebook, Google and others. Many other countries were also shown to be extracting information from tech companies: the Venezuelan government, for example, has been accused of broadcasting human rights activists’ Skype calls on national television to intimidate them.

But Wickr was designed to run without a master key that could decrypt its users’ messages, which means it has no user information to hand over to the authorities if they demand it. Indeed, in early 2014 Sell rebuffed an FBI agent who informally requested that she implement a backdoor into Wickr, so that its data could be acquired if necessary.

Wickr has been downloaded more than three million times since launching in 2012. Since then it has added secure photo- and video-sending features. In December 2014 it was launched in desktop form. Sell hopes that billions of people will eventually use either Wickr or services incorporating it, and envisions its technology being used for “all the financial transactions in the world”.

Sell has also acted as a venture catalyst for more than 20 successful digital security companies and has co-organised Defcon, the largest hacker conference in the world, for over a decade. She is the group’s liaison with federal agencies seeking the services of white-hat hackers, who probe organisations’ websites for flaws in their security systems.

Sell told Index that she got involved with this field of work when was introduced to The Dark Tangent, founder of Defcon, about 15 years ago. She began working with him, and was “educated by the very best hackers in the world.”

“That’s where they taught me things like why lawful intercepts is something we don’t want to do, because if you can break into it, what that means is a backdoor for the good guys will always mean a backdoor for the bad guys,” she said.

“I think security and privacy naturally go in hand together, but I think just understanding the underlying technology and what’s going on making privacy obvious.”

Every year at Defcon, Sell runs a nonprofit training camp for children and teenagers called R00tz Asylum, which she is also CEO and co-founder of, in which digital skills such as white-hat hacking techniques are taught.

“So we teach them things like how to eavesdrop on cell phone calls, look at other people’s text messages that are going over the wireless network, turning on your interfacing camera on your computer or smartphone or smartTV, and how to break into lawful intercept machines,” Sell said. She added that the point of this, is that people need to understand hacks so that better systems can be built.

Sell raises awareness of the need for individuals to take more care over their digital privacy through frequent public engagement talks. At these talks, she hands out stickers for her audience to place over all their front-facing cameras. She also explains why she always wears sunglasses in public – to block facial recognition software – and keeps her phone and passport in an unhackable Faraday cage.

When asked about the relationship between online privacy and freedom of expression, Sell said:

“I think it’s vitally important. 52 per cent of the world still lives under dictatorship, and I think that what brought my founders together is that there was the belief that private correspondence is a universal human right, and in fact, the most important human right that we have for the next decade as we’re bringing all of these billions of people online and having a way for them to have private conversations without interference from government, or even a bigger threat, is corporations who are buying and selling this information.

“It’s our belief that if we can provide this vital right to everyone no matter our frontier, then we can have more evolution instead of revolution, because you don’t get pent up energy and people backed in a corner if there is open communication and education. So we think it’s vitally important in society as we all get connected over the next decade.”

This article was posted on 12 March 2015 at indexoncensorship.org