NEWS
Padraig Reidy: Sentenced to death for not believing in God 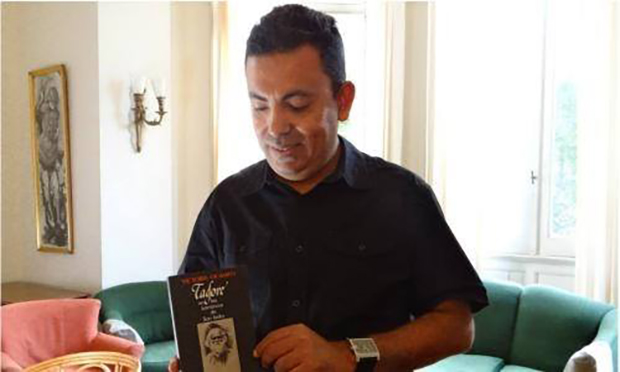 Washiqur Rahman was murdered because he didn’t believe in God.

On the morning of 30 March 2015, the 27-year-old was set upon by three machete-wielding attackers and hacked to death because he did not believe in God.

The previous month, 42-year-old Avijit Roy was murdered because he didn’t believe in God.

One of the accusations most often levelled at self-proclaimed atheists is that they go on about it too much. What is there even to talk about? Why join, say the British Humanist Association or a university atheist group? What do you do? Go to meetings and drone on about not believing in God? And someone should just get that Richard Dawkins off Twitter, right?

Rahman and Roy were the kind of vocal atheist that tends to prompt eye-rolling in liberal secular countries.

Roy was a frontrunner, a star. He was the creator of Mukto-Mona, which claimed to be the first secular humanist web portal in South Asia. He described Mukto-Mona’s mission as “to build a society which will not be bound by the dictates of arbitrary authority, comfortable superstition, stifling tradition, or suffocating orthodoxy but would rather be based on reason, compassion, humanity, equality and science.”

Based in the US, Roy had returned to Bangladesh to visit his sick mother, despite warnings that the country was no longer safe for him. He was well-known enough to be stopped in the street for autographs. An appearance at a book fair in Dhaka had alerted Islamist extremists to his presence in the country.

Rahman was an up and coming blogger with a big Facebook following. He wrote under the name Kutshit Hasher Chhana (The Ugly Duckling), satirising religion and believers. Like many online activists, he had been horrified by the murder of Roy, and had lent support to a campaign calling for the prosecution of his killers, posting to the #IAmAvijit hashtag.

This, it seems, was enough to get him killed. Suspicion for the killings of both bloggers lies with the Ansarullah Bangla Team, an extremist organisation said to take inspiration from Anwar al-Awlaki, the American preacher killed by a US drone attack in 2011. The group, which was formed in 2013, has been implicated in the murder of atheist blogger Ahmed Rajib Haider in February of that year. The organisation recently hit the headlines in Bangladesh after it called for a jailbreak to free prisoners tied to Jamaat-e-Islami, who are on trial for war crimes that took place during Bangladesh’s war for independence from Pakistan.

The International Crimes Tribunal has been the backdrop for a fraught few years in Bangladesh. The tribunal has been criticised for lacking impartiality, particularly after leaked Skype conversations between the presiding judge, Mohammed Nizamul Huq, and a war crimes activist were published by The Economist, via Oliullah Noman, a journalist for opposition newspaper Amardesh in December 2012.

Increasing divisions were exacerbated by the governing Awami League’s decision to abandon the usual protocol of making way for an interim government to oversee the January 2014 election. The main opposition, the Bangladesh Nationalist Party, boycotted the election in protest, and the Commonwealth, the EU and the US declined to send monitors, calling the legitimacy of the result into question. The political division in Bangladesh operates roughly on a secular/religious line, with the Awami League seen as more secular and the BNP representing a more religious viewpoint.

Amidst all this upheaval, online atheists are under pressure. The two murders this year followed the attacks in 2013. Meanwhile, in spring 2013 four secularist bloggers were arrested for “offending religious sentiment” by denigrating the Prophet Mohammed, a colonial era law which is the closest Bangladesh comes to an official blasphemy statute.

Bangladesh is not Pakistan. It retains a secular identity that is fast slipping (it’s hard now to imagine a Pakistani atheist blogger operating for 13 years, as Roy did). But it cannot be entirely immune to the cross-border influences of extremist Islamism and jihadism unless it protects the free expression of non believers.

That is why the reaction to the murder of Washiqur Rahman from the deputy commissioner of the Dhaka Metropolitan police made depressing reading:

“Those who killed him differed on his ideologies about religion. He was not an atheist. He was a believer. But the way he followed religion was different from the way radical groups insist,” Biplob Kumar Sarkar told the Guardian.

Though Sarkar may have been attempting to calm the situation, the statement is a gross display of disrespect to the murder victim and his views.

Moreover, it’s a refusal to confront the prime motivation for his killing, and that of Ajivit Roy. They were killed because they were atheists who refused to keep quiet about their beliefs.

Washiqur Rahman was murdered because he didn’t believe in God.

Avijit Roy was murdered because he didn’t believe in God.

This column was posted on 16 April 2015 at indexoncensorship.org