Serbia's unique Commission for Investigating Killings of Journalists has come a long way. But founder and chairman, journalist Veran Matic, is paying a high price for justice: he lives under 24/7 police protection 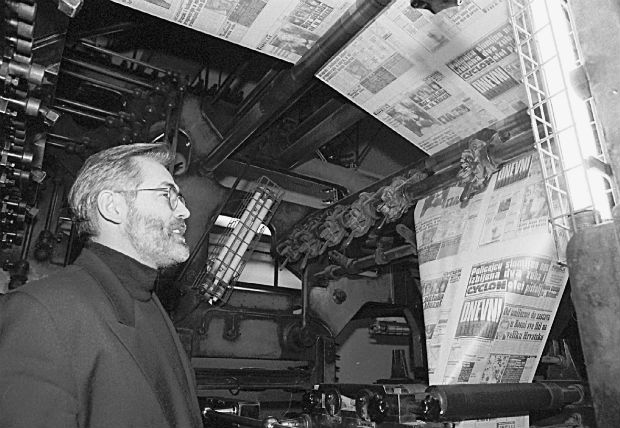 As NATO bombs were falling on the Serbian capital Belgrade on 11 April 1999 , a man was being executed on a side street in the centre of the city. The victim was later identified as Slavko Curuvija, a prominent Serbian anti-regime journalist. A post mortem found that Curuvija had been shot in the back 17 times. Five days earlier the state-run daily Politika Ekspres had published an article calling Curuvija a traitor and a NATO supporter.

Fast forward to 1 June 2015: the trial of four former security officers begins before a special court in Belgrade. It took 16 years for anyone to stand trial over what had become a notorious case of intimidation of journalists in Serbia.

Much of the credit for pursuing a cause by many considered lost can go to veteran journalist Veran Matic, the editor-in-chief of media group B92.

Several Serbian governments had shown no signs that they were willing to solve Curuvija’s case; the same goes for many other war-time murders. For years, Matic and his fellow journalists would mark the anniversary of Curuvija’s death by laying flowers at Svetogorska Street, where he lived and died, and by raising awareness in the media and with the government. It was not enough.

In 2013, Matic was fed up with waiting for answers about the murders of his colleagues. He proposed to form a special body to investigate the killings of Curuvija and two other journalists. Prime Minister Aleksandar Vucic — then deputy prime minister — gave Matic permission to form the Commission for Investigating Killings of Journalists in Serbia. It was an unexpected move. As Curuvija was being executed on a Belgrade side street, Vucic was minister of information in President Slobodan Milosevic’s government.

“Some criticised the establishment of the commission for giving an opportunity to Vucic to clear his past,” says Matic, referring to the unease many journalists felt towards Vucic, who was highly critical towards independent media during the nineties.

“Marking every year the anniversary of the killing, visiting the place of assault, criticising the state again and again for failing to resolve those crimes became very humiliating for me,” Matic said. “In this way, I have been given another instrument through which I could do something in practice.”

It was clear that Matic needed the government’s cooperation if he wanted the murders to be solved. “I wanted to get hold of every single document and, in order to do this, we needed a commission that would be supported by the government,” he said. But Matic managed to ensure the body was made up of three representatives of the independent media, three members of the ministry of internal affairs and three representatives of the security information agency. With Matic himself serving as the commission’s chairman, journalists will always be in the majority. 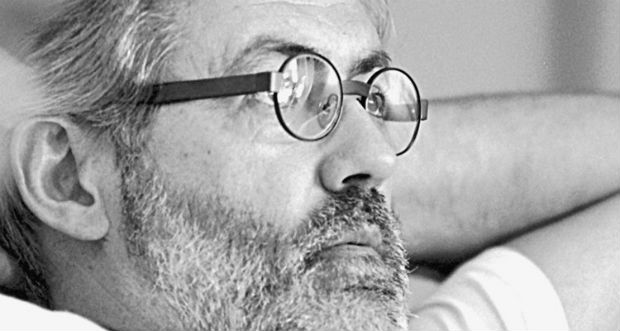 The commission is focusing on three big murder cases from the recent past. The work around Curuvija’s case has been the most successful until now, with four people charged. Trials for former Chief of State Security Rade Markovic and the two ex-secret service officers Ratko Romic and Milan Radonjic began 1 June. The fourth accused is Miroslav Kurak, also a former state security member and the man who is believed to have pulled the trigger on Curuvija. He is being tried in absentia, as he is still at large, an Interpol warrant issued for his arrest. There are clues that Kurak is living in Central or South Africa where he owns a hunting safari agency.

The Dada Vujasinovic case is perhaps the most difficult, as the murder took place over two decades ago. Vujasinovic was a reporter for the news magazine Duga and wrote about Zeljko Raznatovic, also known as Arkan. She was found dead in her apartment in 1994. The police ruled it a suicide, but most evidence disputes this. When the commission started working on the case, there were doubts about the forensic research done in Serbia at the time. “I decided that the first step would be to seek expertise outside of the country, as the trust in domestic institutions had been compromised,” said Matic. “We asked the Dutch National Forensic Institute based in The Hague, who offered to perform the forensic examinations for 35,000 euro. We are now raising funds for this, given that the prosecutor’s office has no budget for these services.”

The third case is that of Milan Pantic, who was murdered in June 2001 while entering his apartment building in the central Serbian town of Jagodina. Attackers broke his neck, and was also struck on the head with a sharp object. Pantic worked for the newspaper Vecernje Novosti, where he reported on criminal affairs and corruption in local companies. Prior to the killing, he had received numerous telephone threats in response to articles he had written. It’s not an easy task to investigate. “We know that one of the suspects is living in Germany under a different name,” explained Matic. “But we didn’t get permission to conduct an interview with him.”

The commission is also looking into the deaths of 16 media staffers from RTS — Serbia’s state broadcaster — who were killed during a NATO airstrike targeting its headquarters in 1999. “This is a very complex issue,” said Matic. “The executioner is certainly a pilot of one of the NATO member countries. The people who decided to put a media company on the list of war targets should face trial, as well as those who issued the order to launch missiles and kill the media workers. And also the people responsible in Serbia, who knew the building would be bombed and did not evacuate it.” NATO is refusing to cooperate in this case.

It is of great importance, Matic believes, that these cold cases will be solved. “Unpunished crimes, especially this committed by state institutions, only call for new violence, threats and endangerment of the safety of journalists. It leaves deep scars in the lives of journalists in this country and it contributes to censorship and fear.”

A commission like this is unique in the world; a government body controlled by independent media representatives. And its first success, the arrests in the Curuvija murder case, was surprising to many who’d lost faith in the justice system in Serbia. “This commission was not established by politicians. On the contrary, they accepted all my requests and ideas,” said Matic. “This is quite an atypical commission that works on making results, and none of its members have any political or other motives, but solely finding the killers and masterminds that hide behind the killings, and bringing them to justice.”

Jailing the head of Serbia’s secret service during the nineties, a dark period for both the country and its internal security apparatus, has come with a high price. Matic now lives under 24/7 police protection and he can’t travel anywhere without a police escort. “Some names have again been brought to light, along with their disgraceful role [in the killings]. Some are threatened with arrest, while some of them have been arrested already,” he said of the ongoing investigation.

Matic receives threats often, mostly via email, some of them to his life. But he has gotten used to having police officers in front of his door at all times because, he said, the truth is worth the compromise.

“This is the price we have to pay in order to resolve those crimes,” he said. “It will contribute to the catharsis of our society.”

An earlier version of this article stated that Aleksandar Vucic was interior minister when the commission was set up. This has been corrected.

This article was posted on 16 July 2015 at indexoncensorship.org