NEWS
Dunja Mijatović: There is hope that justice can be served in Serbia

Around 17% of those who commit crimes against journalists face prosecution in Serbia. Believe it or not, these numbers are positive, according to the OSCE Representative on Freedom of the Media 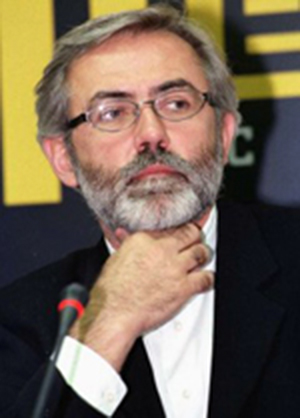 The Association of Serbian Journalists reports that since 2013 there have been 65 attacks on Serbian journalists. Assailants in 11 of the incidents — around 17% of cases — have been prosecuted.

Believe it or not, a 17% conviction rate could be considered good news. But it isn’t enough.

International media organisations routinely assess that fewer than 10% of crimes committed against journalists worldwide result in prosecution. While the cavalier attitude by law enforcement and authorities to go after criminals gave rise to the phrase “impunity from prosecution,” many of us wonder if the term “immunity” might be more apt.

And that’s why I welcomed the initiative of Serbian authorities who, in early 2014, established a commission to support investigations into the deaths of Serbian journalists dating back to 1994, including Dada Vujasinović, Slavko Ćuruvija and Milan Pantić. In order to highlight the importance of their work and to raise the awareness of the importance of fighting impunity, my office supported the commission’s Chronicles of Threats campaign.

Ćuruvija, the owner of the newspaper Dnevni Telegraf and the magazine Evropljanin, was gunned down in front of his home in Belgrade in 1999. Thanks in part to the work of the commission, authorities re-opened the case last year and put four former state security officials under investigation for his murder. A trial is underway and while this is a start, his family and fellow journalists still need to see results.

This is why I why I wholeheartedly support all consciousness-raising efforts that take place on November 2 each year – the United Nations proclaimed International Day to End Impunity for Crimes Against Journalists which was initiated in 2013.

This landmark UN resolution condemns attacks on journalists and other media members. It also urges countries to do their utmost to prevent violence and make perpetrators accountable for their crimes, in order to promote a safe working environment.

But setting aside a day to cajole authorities to take the crimes against media seriously can only go so far. That is why the modest successes of the commission in Serbia provide a glimmer of hope that justice can be served.

But in order for societies to provide that safe working environment envisioned by the UN, a systematic array of steps must be undertaken at the local and national level. None of these steps are easy and their ability to succeed is questionable.

To begin with, local officials must be given the financial resources to conduct thorough investigations of all crimes committed. This is no small task in many of the 57 countries that comprise the Organization for Security and Co-operation in Europe — the region in which I work. Many of these nations have economies in transition, tax revenues are scarce and it’s a hard sell for authorities to suggest earmarking money to find justice for one class of victims when the needs of the whole community are not being adequately served.

Prosecutors and judges also need to be adequately trained to understand the importance of the fair application of existing criminal laws, especially when the rule of law in society is often buttressed only by a robust and independent media. This is the same media which is often critical of the prosecutors and judges who make up the judicial hierarchy.

In the end, getting past those hurdles may be seen, in retrospect, as the easiest steps. Because what’s really necessary to create a safe working environment is for society as a whole to accept that good journalism is necessary for a good society.

People must recognise that the free flow of information and ideas is essential in dynamic cultures and the secrecy and repression are antithetical to freedom and prosperity.

Creating a society where good journalism can flourish starts with making sure journalists can do their jobs and live to talk about it. And that means making sure that those who would run roughshod over journalists pay for their crimes.

This article was posted on 30 October 2015 at indexoncensorship.org