Belarusian observers note the presidential election did not meet a number of core international standards, benefitting the incumbent Aleksander Lukashenko 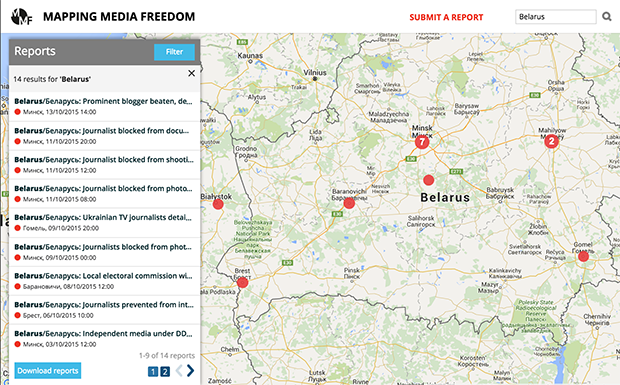 On 11 October, Belarusian president Aleksander Lukashenko won his fifth consecutive election. Whether it was a free and fair election is up for debate.

Belarusian observers, particularly Human Rights Defenders for Free Elections, note the electoral process did not meet a number of core international standards. Claims include that candidates did not receive equal media access, there was a lack of impartiality among election commissions and administrative resources were used in favor of the incumbent. While ballots were cast, political prisoners were held in penitentiaries and there were reports of journalists being harassed.

Even the record share of 36 per cent for early votes need not signal enthusiasm from the electorate. In fact, the early casting of ballots raises concerns of electoral fraud. On 6 October, the deputy dean of the Brest State Technical University, Sviatlana Coogan, stopped two freelance journalists, Aliaxander Liauchuk and Milana Harytonava, from recording interviews with students at a polling station, who said they were forced to participate in early voting by a university representative.

Observers could not visibly ensure the safety of ballots after 7pm and a number of journalists were blocked from working at polling stations during early voting.

Arciom Lyava, a correspondent for the independent newspaper Novy Chas, was forced by clerks to stop photographing a polling station in the Leninski district of Minsk. “As set forth by law, I was taking photos,” he said. This angered Alena Pazenka, headmaster of the school where the station was located. “She stated I was hindering the electoral process. Poll clerks then drew up a statement in relation to me and turned me out from the polling station.”

On election day, at least three other journalists were blocked from documenting events at polling stations. A correspondent for the Polish website Eastbook.eu was blocked from filming the vote count by clerks of a local electoral commission in the Pervomaisky district of Minsk. The chairperson of the commission, Natalia Kunouskaya, threatened to call the police and clerks had fenced off the counting area with chairs so observers couldn’t get close.

As state-run media dominates the landscape in Belarus, the internet is a very important alternative source of information. However, online freedoms were also curbed during the election. During the presidential campaigns, two websites of the privately-owned press agency BelaPAN, were temporarily inaccessible. Sources at the press agency said cyber attacks were launched after they published a critical article about a multi-religious ceremony attended by Lukashenko. The piece featured interviews with students who say they were ordered to attend the event and meet the president. The Belarusian Association of Journalists has expressed concern about the attack, especially in the midst of the electoral campaign.

Blocking access to information about the work of electoral commissions is a common practice for the Belarusian authorities. The independent newspaper Nasha Niva claims that results at some polling stations were re-written after counts were finalised. The data publicised upon completion of vote counting at district electoral commissions did not always coincide with respective results announced at territorial electoral commissions, she says. Niva requested an opportunity to see the results of all polling stations in Minsk from Lidziya Yarmoshyna, chairperson of the Central Electoral Commission. The reply said that the commission did not have the documents, which were at the Minsk City Commission. The city commission did not respond to the request.

The election was followed by an attack on prominent blogger Viktar Nikitsenka who contributed to Radio Liberty Moscow, the radio station Echo Moskvy and korrespondent.net, influential Ukrainian news website. On 13 October 2015, Nikitsenka protested in Minsk’s Independence Square to make his disapproval of the election result known. Friends photographed him outside government buildings holding a sign that read “Lukashenka On Trial”.

Several men in civilian clothes watched from nearby. One of them later approached Nikitsenka and demanded to see his ID and notebook. Half an hour later, when the blogger was leaving the square with his friends, a group of alleged plain-clothes officers seized him in an underpass and dragged him onto a bus. While he was detained, Nikitsenka said was insulted, intimidated and beaten. All his equipment was stolen and data was deleted from his phone and camera. He was taken to the police station, where he was held for approximately two hours before being found guilty of holding an unsanctioned picket, disobeying police officers and insulting a judge at the Maskouski district court. He was fined $492.68 (£319.87).

Nikitsenka later filed a complaint against the officers for unlawful use of force, threats and insults, but it was rejected by the Chyhunachny police department.