Given the swathes of corruption and human rights abuses in Angola, the rapper’s performance should not lend credibility to the dos Santos regime 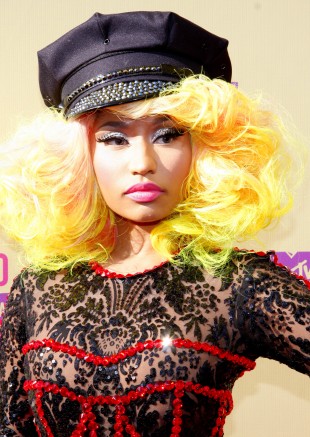 As far as reasons to lambast or draw controversy from the head of state in Angola go, you’d expect his taste in music to be some way down the rather long list. But this isn’t necessarily the case. Tomorrow, American rapper Nicki Minaj will sing at a Christmas festival for President José Eduardo dos Santos, in the process risking lending legitimacy to a regime criticised for widespread human rights abuses.

With no signs of cancellation, here are five ways in which free expression is curbed in dos Santos’ Angola.

Dos Santos’ love of rap is selective. While Nicki Minaj is welcomed with open arms, Angolan rapper Luaty Beirao, also known by his stage name Ikonoklasta, arrested on charges of rebellion, will be coming to terms with his house arrest. Beiro has recently ended a five-week hunger strike.

MCK, another Angolan rapper known for his activism in Angola, was barred from leaving the country in November by the immigration services. MCK was on his way to perform at a rap festival in Brazil on the invitation of Rafael Marques de Morais when he was stopped at Luanda’s International Airport.

2. Organising a book club can get you arrested…

It isn’t just rap the country’s leaders take aim at, but literature too. In June, 17 Angolan activists including Ikonoklasta were arrested and later put on trial on accusations of planning a rebellion against the country’s government. The reason for their arrest was a book club meeting in which they discussed peaceful protest and Gene Sharp’s book From Dictatorship to Democracy. Protest and democracy are topics that are out of bounds in dos Santos’ Angola, it would seem.

A new documentary called It Is Forbidden to Talk tells the story of those arrested. During the 25 days it took to shoot the film, its creators were also targeted and attacked by Angolan authorities, and had to seek protection from the Brazilian embassy.

3. …writing books can too

If reading subversive literature can land you in trouble, you better believe writing it can too. In May 2015, Angolan investigative journalist and Index on Censorship award-winner Rafael Marques de Morais was handed down a six-month suspended sentence in Luanda. His crime was to write about the killings and torture that takes place in Angola’s diamond fields.

4. Going to a non-official church could mean death

On 16 April, police and defence forces killed scores of pilgrims on Mount Sumi, in Angola’s central highlands, to avenge the deaths of eight police officers, allegedly at the hands of members of a Christian sect known as the Seventh Day in the Light of the World. The tragedy was not widely reported and underscores the extent of government control of the flow of information in Angola.

5. Planning a peaceful protest lands you a six year sentence

In September 2015, human rights activist Jose Marcos Mavungo was given a six-year prison sentence for attempting to hold a peaceful protest on 14 March. Mavungo is a former member of Mpalabanda, a group that was banned after it highlighted rights abuses by security forces in the province. Mavungo’s jailing was a travesty of justice and shows the blatant disregard for basic human rights in Angola.