Lena Hendry has been prosecuted for her involvement in a private screening of a documentary during a human rights event in Kuala Lumpur, Malaysia in 2013 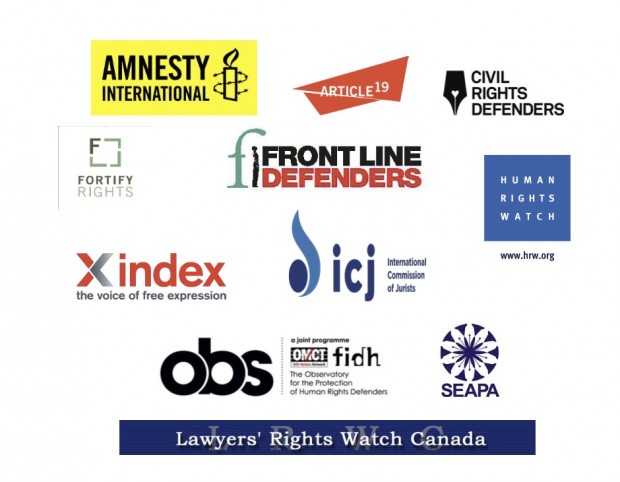 We write to you as organisations that are deeply concerned by the decision of the Malaysian authorities to prosecute Lena Hendry for her involvement in the screening of the award-winning human rights documentary, “No Fire Zone: The Killing Fields of Sri Lanka,” in Kuala Lumpur on July 9, 2013. The charges against her violate Malaysia’s obligations to respect the rights to freedom of opinion and expression, notably to receive and impart information. We respectfully urge you to drop the charges against Hendry. Her trial in Magistrate Court 6 in Kuala Lumpur is slated to begin on December 14, 2015.

As you know, Hendry is being charged under section 6 of the Film Censorship Act 2002, which imposes a mandatory prior censorship or licensing scheme on all films before they can be screened at any event, except films sponsored by the federal government or any state government. If convicted, she faces up to three years in prison and a fine up to RM 30,000.

The prosecution appears intended to restrict the activities of Hendry and members of the KOMAS, the human rights education and promotion organisation with which she works, by hindering their efforts to provide information and share their perspectives on human rights issues.

International human rights law and standards, such as found in article 19 of the Universal Declaration of Human Rights, states that “everyone has the right to freedom of opinion and expression; this right includes freedom to hold opinions without interference and to seek, receive, and impart information and ideas through any media and regardless of frontiers.”

Malaysia has committed to ensuring that all human rights defenders are able to carry out their activities without any hindrance or fear of reprisals from the government. In November, Malaysia voted in favor of a resolution on “Recognizing the role of human rights defenders and the need for their protection” in the 3rd Committee of the United Nations General Assembly. The resolution set out the urgent need for governments to protect human rights defenders worldwide. Article 1 of the UN Declaration on Human Rights Defenders, adopted unanimously by the UN General Assembly on December 9, 1998, states that “everyone has the right, individually and in association with others, to promote and to strive for the protection and realization of human rights and fundamental freedoms at the national and international levels.” Article 12(2) provides that the government shall “take all necessary measures to ensure the protection by the competent authorities of everyone, individually and in association with others, against any violence, threats, retaliation, de facto or de jure adverse discrimination, pressure or any other arbitrary action as a consequence of his or her legitimate exercise of his or her rights.”

In addition to dropping the charges against Hendry, we also urge you, as attorney general, to seek to repeal provisions of the Film Censorship Act 2002 that allow unnecessary and arbitrary government interference in the showing of films in Malaysia. This policy denies Malaysians the opportunity to benefit from a range of viewpoints on issues of importance to Malaysian society and that affect Malaysia’s role in the world.