Dissident artists are no better off post-Fidel, and renewed relations with the US haven't helped as many hoped or claimed they would 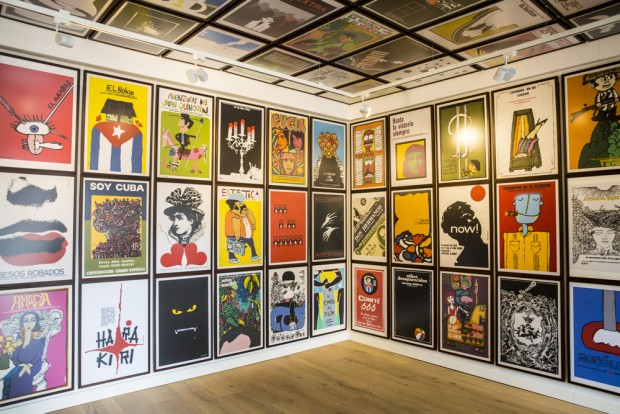 “[T]he fault of many of our intellectuals and artists is to be found in their ‘original sin’: they are not authentically revolutionary.”
— Che Guevara, Man and Socialism in Cuba, 1965

Last year was a good one for Cuban artists. With renewed diplomatic relations with the US, a boom in Latin American art and Cuba’s exceptional artistic talent — fostered through institutions such as the Instituto Superior de Arte in Havana — works by prominent Cuban artists fetched top dollar at international auctions, and the Cuban film industry was firmly in the international spotlight.

While the end of the embargo brought with it hope for political liberalisation on the island, as with previous periods of promise in Cuban history cases of repression and censorship of dissident artists were rife in 2015.

So let’s begin again: Last year was a good one for Cuban artists who adhere to the country’s long-established revolutionary narrative and don’t embarrass the regime.

The fear of censorship for art that is critical of the government has been fostered through decades of laws and repression that limit freedom of expression. This can mean stigmatisation, the loss of employment and even imprisonment. Charges such as “social dangerousness” and insulting national symbols are so vague they make convictions very easy.

“Artists are among the most privileged people in Cuban society — they make money in hard currency, travel, have frequent interaction with foreigners and they don’t have boring jobs,” explains Coco Fusco, a Cuban-American artist, 2016 Index Freedom of Expression Awards nominee and author of Dangerous Moves: Performance and Politics in Cuba. “Artists function as a window display in Cuba; proof of the success of the system.”

But if an artist engages in political confrontations, they can draw unwanted attention, says Fusco.

One artist accused of doing just that is critically-acclaimed Cuban director and fellow nominee for this year’s Index Awards Juan Carlos Cremata. In 2015, he staged a production of Eugene Ionesco’s Exit the King, about an ageing ruler who refuses to give up power. The play lasted two performances before being shut down by the National Council of Theatre Arts and the Centre for Theatre in Havana.

“Exit the King was banned because according to the minister of culture and the secret police we were mocking Fidel Castro,” Cremata told Index on Censorship. “This wasn’t really true; what they fear is real revolutionary speech in theatre.”

When he spoke out against the move, Cuban authorities terminated his theatre contract, effectively dissolving his company, El Ingenio.

Cremata, whose career spans three decades, confesses the shutting down of Exit the King took him by surprise. “We are living in the 21st century, and according to the official propaganda, Cuba is changing and people can talk about anything,” he says. “This, as it turns out, is a big lie by people who are still dreaming of the revolution.”

“With their censorship, they show how stupid, retrograde and archaic their politics are,” he says.

As so much funding for artists comes from the state, non-conformist artists often find themselves in difficult financial situations. “I’ve had to reinvent my life,” Cremata says. “I’m trying to receive some help from friends who offer to work with me for free, but this will not be eternal, as they have families.”

Cremata himself has an adopted daughter and has her future to think about. “I truly believe life will change and better times will come with or without their approval, but it is very, very hard.”

Art has always been at the centre of Cuban culture, but under Fidel Castro it became a tool for spreading socialist ideas and censorship a tool for tackling dissent. Evidently, Cuba isn’t entirely post-Fidel, explains Fusco. “Fidel is still alive, his brother is in charge and his dynasty is firmly ensconced in the power, with sons, nieces and nephews in key positions,” she says. “Although I don’t think anyone over the age of 10 in Cuba believes the rhetoric anymore.”

Very few may believe the rhetoric, but going against it can still land you in prison, as was the case with Index Awards nominee Danilo Maldonado, the graffiti artist also known as El Sexto. Maldonado organised a performance called Animal Farm for Christmas 2014, where he intended to release two pigs with the names of Raúl and Fidel Castro painted on them. He was arrested on his way to carry out the performance and spent 10 months in prison without trial.

International human rights organisations condemned his imprisonment — during which he was on a month-long hunger strike — as an attack on freedom of expression.

The prospect for improving political freedoms doesn’t look good, and anyone who expected any different due to Cuba’s normalisation of relations with the US is naive, says Fusco.

“Washington is not promoting policy changes to improve human rights,” she says. “Washington is promoting policy changes to 1. develop better ways to exert political influence in Cuba; 2. to revise immigration policies and control the steep increase in Cuban illegal migration to the US; 3. to give US businesses and investment opportunity that they need (particularly agribusiness); 4. to avoid a tumultuous transition at the end of Raul Castro’s term in power that would produce more regional instability (i.e. the US does not want another Iraq, Libya or Syria).”

Even within Cuba there is an absence of discussion about civil liberties, strong voices of criticism of state controls and collective artist-based efforts to promote liberalisation.

“Artists are generally afraid to mingle with dissidents,” says Fusco. “There are a few bloggers who post stories about confrontations with police and political prisoners, a few older human rights activists who collect information about detentions and prison conditions, a handful of opposition groups who advocate for political reforms, but they have virtually no influence on the government.”

In the past, Cuban authorities used the US embargo as an excuse to justify restrictions on freedom of expression. Now that the excuses are running out, it is time for the Cuban government allow its dissidents the same freedoms as its conformists.

Ryan McChrystal is the assistant editor, online at Index on Censorship