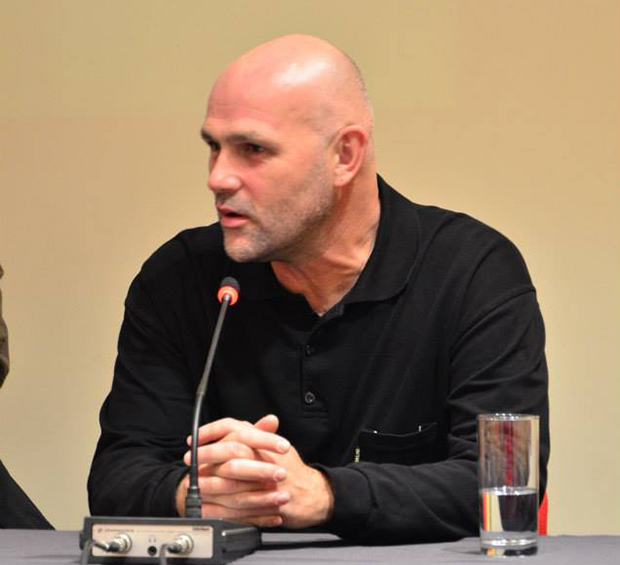 The cancellation of three radio programmes on 4 July by Croatia’s public broadcaster marks the latest in a line of sweeping changes the network has undergone since January 2016.

Two of the three shows — Audio.doc and Hidden Side of the Day — were produced by award-winning radio journalist Ljubica Letinic, while the third — Morning at Third — was considered to the Croatian Radio-Television’s (HRT) most popular. N1, a regional broadcaster, reported that the programmes will be replaced with new shows that are more appropriate to the ruling elite’s ideology, including one on Christian spirituality.

The changes at HRT have gathered momentum since Croatia’s new conservative government came to power in January 2016. More than 70 media workers at HRT have been demoted or fired and more than 10 TV and radio shows have been terminated, according to the Croatian Journalists’ Association, which has strongly condemned what it calls the deliberate destruction of HRT.

In a written response to the cancellations, CJA president Sasa Lekovic said Croatia’s minister of culture Zlatko Hasanbegovic is the force behind the “culturecide” at HRT and that the changes are motivated by the ideological differences between the conservative government and the liberal subdivisions at the public broadcaster.

In an interview with Mapping Media Freedom, Lekovic said that the purges at HRT were pre-announced, even before the conservative coalition government came to power.

“The latest developments were already announced,” Lekovic said, referring to two interviews. The first with the former Prime Minister Tomislav Karamarko from 2015, and the second with Hasanbegovic from 2013.

“Karamarko in his last year’s interview for weekly Globus announced how citizens, and especially journalist, will need to behave once he comes in power,” Lekovic said. After this it was reasonable to expect that Hasanbegovic will be in charge for media, especially after his statement that the public broadcaster’s channels are being used to enact a “post-modern, neo-Yugoslav deconstruction of Croatian national and cultural identity”.

The Croatian Writers’ Society (HDP) have also condemned the recent trend of deep and substantial changes in the public broadcaster accusing the actual government of “silencing critical voices”. Lekovic told Index on Censorship that the public broadcaster was totally devastated during Karamarko and Hasanbegovic’s brief tenure.

The coalition government between conservative center-right Croatian Democratic Union (HDZ) and the center party Most, a political platform comprised of independent local majors, was formed after more than two months of hard and erratic negotiations. By its nature it was an unstable and shaky coalition. Hasanbegovic as a high-ranking member of HDZ shortly after seated in the chair of the minister of culture. Immediately he became publicly known for series of scandals related to ideological and historical revisionism. One of the biggest scandals was revealed by the Croatian daily Novosti. They published an article that was written by Hasanbegovic during his student days in which he expressed sympathy for the fascist Ustasha regime in World War II Croatia.

After months of turbulence and scandals Karamarko resigned from the leader position at HDZ in June amid a corruption scandal that involved his wife. But briefly before his resignation, as a part of the intergovernmental power games, Karamarko and his party HDZ, which was the main party in the coalition, opted for a no-confidence vote for the government. The end result was Karamarko’s resignation from his position as the leader of the main ruling party, the failure of the coalition between HDZ and Most and snap elections were called for 11 September.

Despite the fact that the government lost the confidence vote, the changes at HRT continue as the broadcaster is under HDZ influence. In March, while still in power, the centre-right government installed Sinisa Kovacic, then-head of the parallel journalist association HNIP, as an acting head of HRT. Since then he has continued to implement Hasanbegovic’s vison for HRT and to reshape the broadcaster’s programmes. Since Kovacic was supposed to be in that position for maximum six months, a period that is long overdue, negotiations on his successor are underway.

Letinic said she is skeptical about the future of Croatian journalism. “It doesn’t look good, both for journalism and journalists. The paradox is that even such journalism serves this country. It was the weekly Nacional that provoked the fall of HDZ-MOST government.”