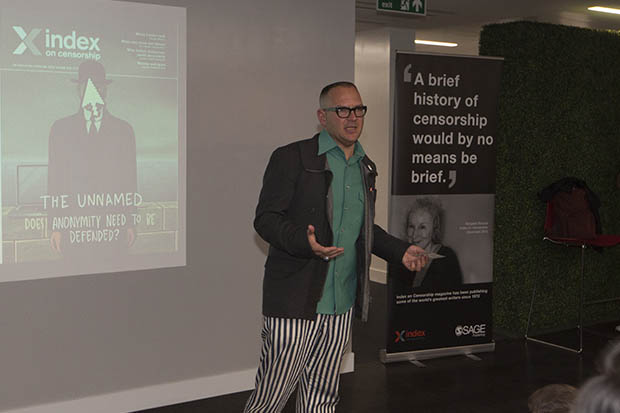 The current issue of Index on Censorship magazine looks at the issue of anonymity and the pros and cons of masking identities. At the magazine’s launch at the offices of VPN provider Hide My Ass, Index readers and contributors gathered to listen to writer Cory Doctorow and tech journalist Geoff White lay out the importance of online privacy and protecting personal data.

Experienced hackers can attain such data in seconds as White, technology producer at Channel 4 News, demonstrated.

“Convenience is enemy of security,” says @geoffwhite247 as he mines data from every phone in the room at @Index_Magazine launch #Anonymity pic.twitter.com/OnfnDmqRCn

No one in the audience will “look at [their] phone in the same way again,” he added.

Doctorow debriefed the audience on the stifling practices which we adhere to every day. 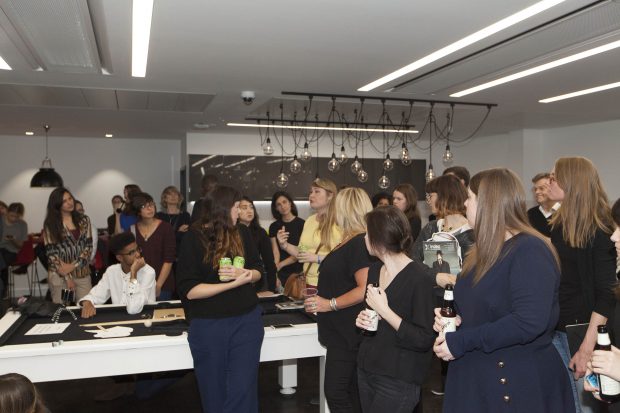 The latest issue of Index magazine is available for free on Sage until 23 November. In it, former CIA agent Valerie Plame Wilson writes on the damage done when her cover was blown; journalist John Lloyd looks at how terrorist attacks have affected surveillance needs worldwide; Caroline Lees looks at how local journalists and fixers can be endangered, or even killed, when they are revealed to be working with foreign news companies; and more.

You can order your copy of the latest issue here, or take out a digital subscription via Exact Editions. Copies are also available at the BFI, the Serpentine Gallery, MagCulture, (London), News from Nowhere (Liverpool), Home (Manchester), Calton Books (Glasgow) and on Amazon. Each magazine sale helps Index on Censorship continue its fight for free expression worldwide.