COLUMN
Dunja Mijatović: Resisting the urge to over regulate the media
20 Jan 2017
BY DUNJA MIJATOVIć

In recent years, there has been a perceptible increase in far-reaching restrictions on the media across the globe. This impulse to restrain media freedom stems from a variety of real and perceived “threats” – from concerns about national security, to demands for media “ethics” and “responsibility”, to accusations of the media’s role in the dissemination of so-called “fake news”, most recently. The urge of states to regulate is also reinforced by the overall devaluation of the critical role played by a free and independent media across liberal democracies around the world.

The trend towards ramping up the regulation of the media has worrying implications in these states and others who are currently considering a similar response: the inability of the media to perform its role as a – if not, the – key public watchdog, the erosion of states’ international legal obligations and political commitments on freedom of expression, and a lessening of freedom of the media as a whole.

Under international law, specifically Article 19 of the International Covenant on Civil and Political Rights, states do not have free reign to control the media. Limitations on media freedom, as an aspect of freedom of expression, are allowed only in certain, narrowly defined circumstances, such as national security or the protection of privacy. However, a great many governments are currently approaching media regulation as though restrictions may be imposed at the complete discretion of states regardless of international law and commitments.

There have been moves to exert political control over how the media is regulated in a number of OSCE participating states. Take, for example, the January 2016 decision by Poland in a move reminiscent of Hungary’s media law reforms of 2012, to enact a law handing over the power to appoint and dismiss members of management boards of public service broadcasters, Polski Radio and Telewizja Polska, from the National Broadcasting Council to the government. I warned, before the adoption, that the legislation “endanger[s] the basic conditions of independence, objectivity and impartiality of public service broadcasters”.

Anxieties about the effects of media regulation on media freedom are not limited to transitional or newer democracies, however, as the recent debate around the implementation of section 40 of the Crime and Courts Act 2013 in the UK, a traditional bastion of press freedom, suggests. As I have noted, the commencement of the provision would have punitive effects on the press for reporting on public interest issues in the UK, and have an especially onerous impact up on local and regional newspapers who are already facing significant financial challenges. It would also mean that the UK as a long-standing bastion of press freedom would send out a negative message to other states on the possibilities to regulation.

The picture is not all bad, of course. Some states have made significant positive strides in advancing freedom of the media by engaging with my office on legislative amendments, such as the government of the Netherlands on its draft Law on the Intelligence and Security Services, while others have shown advances in terms of case-law, such as Norway on the protection of sources.

Unfortunately, however, the dominant trend is a regressive one –  towards control of the media rather than the reinforcement of it through, among other things, the promotion of media self-regulation and pluralism.  This tendency of states to try and control the media is not just a matter of concern for my office, other international institutions, the media itself and civil society organisations. It is one that should worry all those who care about democratic values, the rule of law and human rights.

Dunja Mijatović is the Representative on Freedom of the Media for the OSCE, based in Vienna. 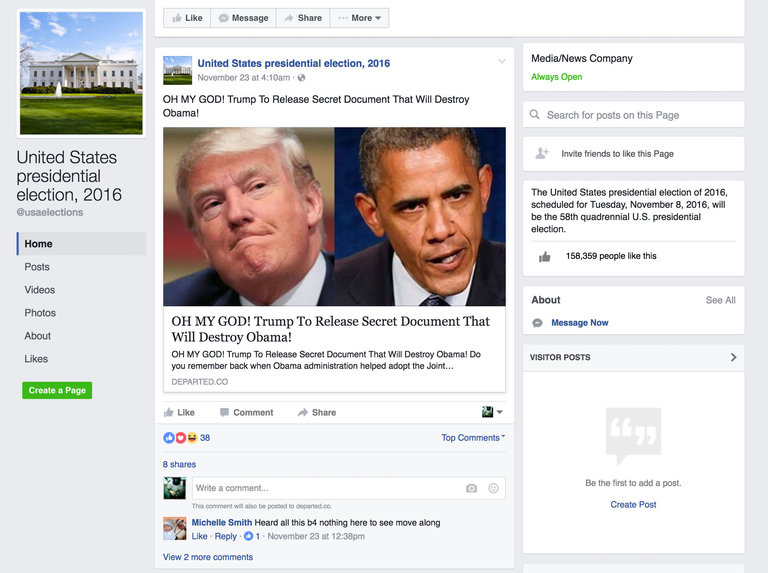 Dunja Mijatović: Why bother? A quick take on lying on social media

Besides the difficulty in determining truth from opinion to a bald-faced lie, the inherent limiting of ideas, including criminalising them, makes us all suffer a little bit.