In a Russian republic marked by a clash between the rule of law, the weight of traditions, and the growing influence of Islamic fundamentalism, Daptar, a website run by journalists Zakir Magomedov and Svetlana Anokhina, covers the issues affecting women that receive little coverage by other local media. Daptar seeks to promote debate. The small team of journalists, working alongside a volunteer lawyer and psychologist, also tries to provide help to the women they are in touch with.

Index spoke to Magomedov ahead of the Freedom of Expression Awards. 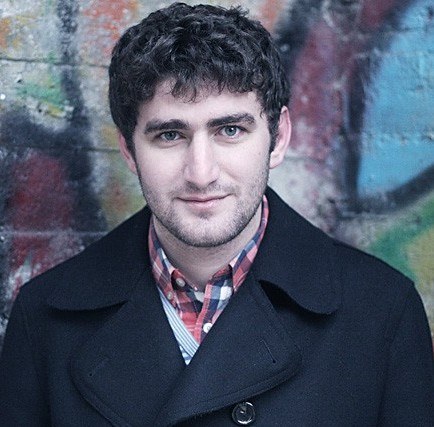 Ryan McChrystal: What led you to set up Daptar?

I decided it would be a good idea to create a website for women, which we started in 2014. We write a lot of articles about domestic violence and honour killings in Dagestan, Chechnya and other North Caucasus regions. And our content isn’t just about women’s problems; we also profile women doing well in business, sports and other areas.

McChrystal: What does the name “Daptar” mean?

Magomedov: It’s an Arabic word that means different things in different caucuses. In the Chechen language it means copybook. In one of the Dagestani languages it means diary.

McChrystal: How is Daptar staffed?

Magomedov: It’s just me and my colleague Svetlana. I am like the director and she is the editor. These are positions without money or salary. The little funds we do receive go towards paying journalists for their articles, for example. We also worked with a lawyer and a psychologist for online consultation services, but now we haven’t any support. I often spend my own money to pay for articles.

We sometimes got support from some local businessmen, but it wasn’t enough. But Svetlana and I aren’t working for money. For me, it’s about doing something good.

McChrystal: How has the lawyer helped?

Magomedov: In one case, the child of a woman from Dagestan was kidnapped by her ex-husband. The woman was beaten. He then took gasoline and said if she didn’t sign papers to say the children could live with him, he would burn her.

After that, she came to us and we took her to the police to give her statement. Every day during that month, I waited for her after work to walk her home because she feared her ex-husband would come. In the end, she got her child and is now living in Russia. We helped her move from Dagestan.

McChrystal: Why do journalists in the region seem to neglect these issues? What are the main difficulties?

Magomedov: In Dagestan, for example, there is freedom of speech, but local journalists don’t cover women’s problems. I don’t know why – perhaps they don’t want to work with unpopular topics, or maybe it’s because of the dangerous.

When we wrote an article about FGM we got a lot of abuse from the internet, especially directed at Svetlana. She got very depressed when a lot of people wrote things like: “we’re going to kill you”, “we’re going to destroy your website”, “you shouldn’t write about this topic”, “you are lying”.

Many suppose we were lying about the extent of FGM, domestic violence and honour killings.

McChrystal: You say Svetlana has suffered quite badly as a result of Daptar’s work. Is it any easier for you as a man to speak out on these issues?

Magomedov: It was difficult for me at first. I was born and grew up in this society. My friends would call me a feminist and say things like: “Today you write about women’s issues and tomorrow it’ll be LGBT issues.” They didn’t mean this in a good way. They would say horrible things, but I’m OK with that. I can write about these topics just like an ordinary journalist with a job.

I was the first person to write about women’s circumcising in Dagestan and I got bullied a lot for that. I don’t care though.

McChrystal: What is it about the culture in Dagestan that makes a word like “feminism” such a dirty word?

Magomedov: It is definitely a dirty word in Dagestan, especially for men. This is a patriarchal society. The culture is that a women’s place is the kitchen. She should just look after the children and be a housewife. Anyone writing about women’s rights is seen as an enemy. The word “feminist” is a dirty word in Russian, but in Dagestan it is especially negative. But I have no problem with calling myself a feminist.

McChrystal: Your investigation into FGM last year went a long way to breaking the silence around the practice by fostering a nation-wide debate. This must make you very proud. What other investigations are you proud of in the last year?

Magomedov: The generation gap among Chechens means that a lot of older relatives don’t like the behaviour of their children. They don’t it like when Chechen girls have dates or are meeting with guys, especially if they aren’t Chechen guys. It all brings shame on that person. There have been a few situations where parents take their girls and kill them. We are currently investigating these cases. We worked with an expert in Chechnya on this issue.

We also cover dress codes in Chechnya, because officials there want girls to wear the hijab. We wrote about divorce in the region and one story in particular where one murdered woman’s sister wasn’t able to get justice for her in court.

Children with HIV is a big issue in Chechnya, and we’ve done work in this area. We cover a lot of stories, and all of them are very important.

McChrystal: What have been some of the more positive reactions to Daptar?

Magomedov: I won’t lie – we haven’t really seen much of a positive reaction. After the work on FGM, we met with Muslim leaders in Dagestan. They acknowledged it was a big problem and said we shouldn’t talk about it, we should write more and more articles, even in religious newspapers. But it was just one meeting and nothing happened after that.

We do hear stories from and about women we have aided or encouraged, including the eight victims of domestic violence we helped last year.

A gathering storm: the laws being used to silence the media

You can also view this report online or download it as a PDF. About Latest Posts Ryan McChrystalAssistant Online Editor at Index on CensorshipRyan McChrystal is Assistant Editor, Online at Index on Censorship, where he provides support for the news and online team in addition to creating content. He has previously held various editorial roles, […] 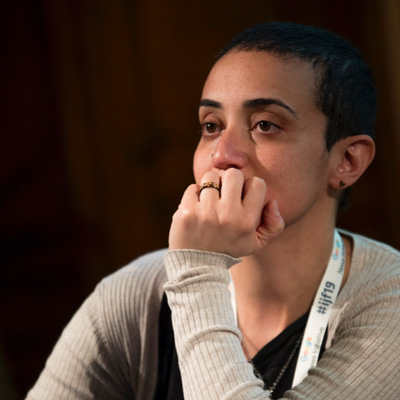 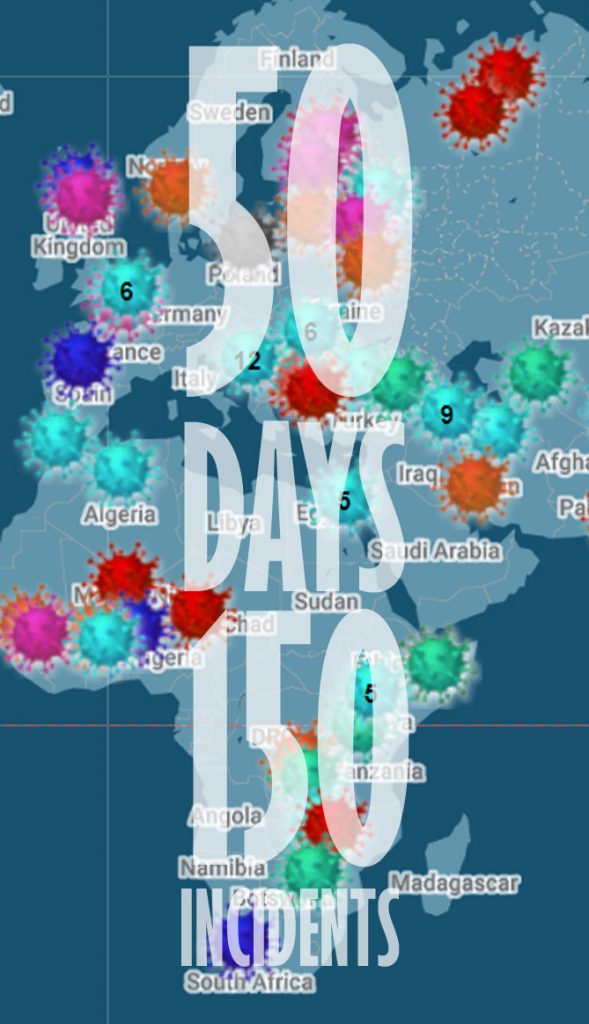 In the 50 days since Index started tracking incidents where journalists have been attacked or stopped from reporting on Covid-19, we have reported on more than 150 incidents 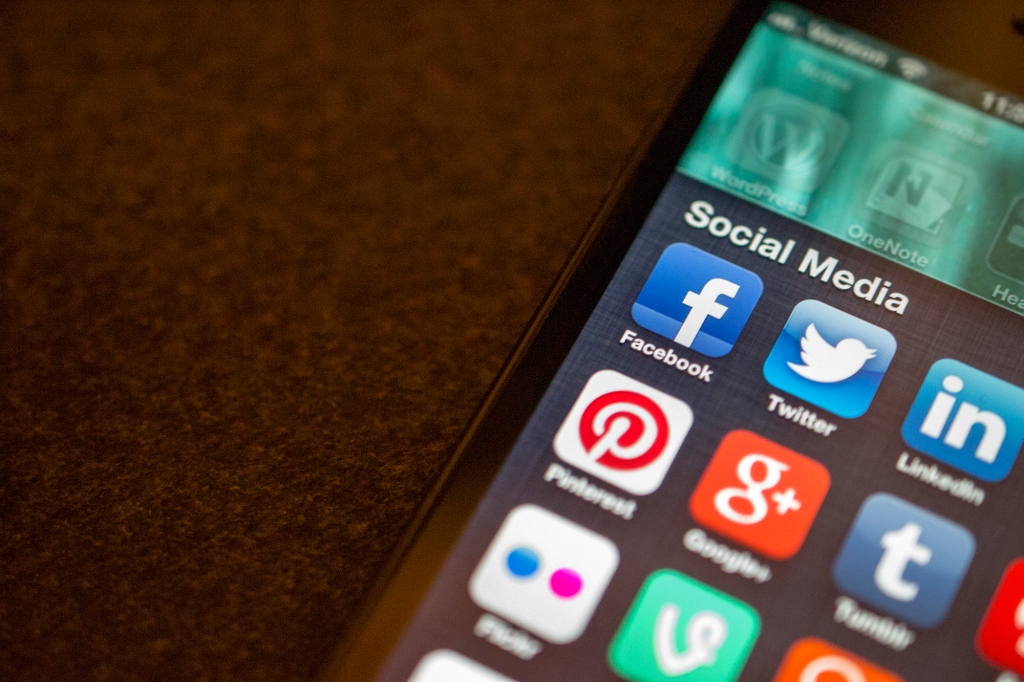 Quiz: How well do you know your ‘complicity’ facts?