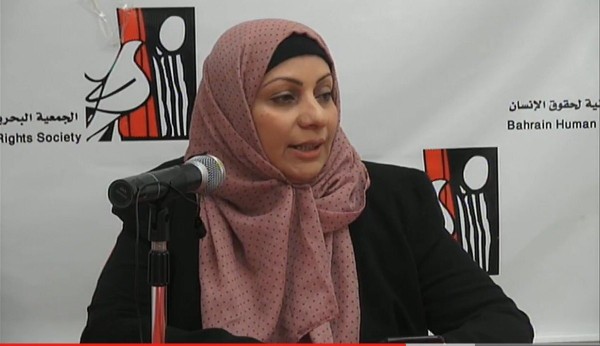 As she was getting ready for bed on 3 July, Bahraini women’s rights defender Ebtisam Al-Sayegh was arrested by masked officers. Her whereabouts remain unknown.

Just before midnight, five civilian cars and one minibus arrived at Al-Sayegh’s home. Two female officers demanded she handed over both her mobile phone and her national identity card. No arrest warrant was presented and the officers did not answer questions from her family on why she was being arrested. Her family believe these officers are from the Bahraini National Security Agency.

“Index calls for the immediate release of Ebtisam Al-Sayegh. The conditions of her arrest are deeply concerning and we fear she is again at risk of torture,” said Melody Patry, head of advocacy at Index on Censorship. “The unceasing harassment and persecution of human rights defenders in Bahrain are blatant violations of human rights and in total contraction with claims of progress or improvement in this regard.”

Al-Sayegh, a human rights defender with Salam for Democracy and Human Rights, was detained and tortured in late May 2017 for documenting the abuses in Duraz where five protesters were killed and about 300 arrested.

During this time, Al-Sayegh was blindfolded and sexually assaulted while standing for seven hours of interrogation. Al-Sayegh told Amnesty: “The men told me ‘no one can protect you’. They took away my humanity, I was weak prey to them.”

Al-Sayegh was also detained in March after she participated in the UN Human Rights Council in Geneva. In June, the UN released a statement about the increasingly hostile situation in Bahrain. UN experts said: “We are particularly worried about these measures, coupled with the campaign of harassment aimed at human rights defenders, who are increasingly being charged with offences for which the death penalty may be imposed.”