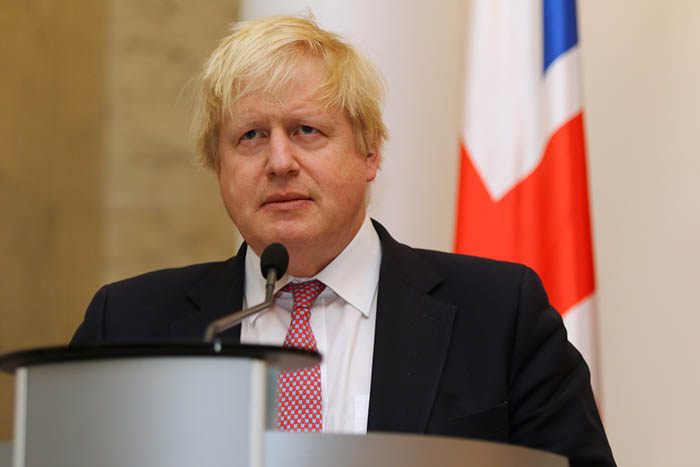 In the report preface, Johnson writes: “Human rights are not inimical to development and prosperity; the opposite is true. Freedom of speech, freedom of association, freedom to practice whatever religion you want and live your life as you please, provided you do no harm, are the essential features of a dynamic and open society.”

Index agrees wholeheartedly and acknowledges that the report features many valiant efforts, including, for the first time, a section dedicated to modern slavery – a top priority for the UK government.

But the report – issued on “take out the trash” day, the last of the parliamentary sessions before a seven-week recess – does not, as it claims, seem to aspire to the “passionate advocacy” of Charles James Fox, the British Whig statesman and anti-slavery campaigner.

Instead, Johnson offers a watered-down endorsement of human rights and his department’s understanding of advocacy is seriously flawed. To borrow the foreign secretary’s own words, this is “unthinkable for anyone inspired by the example of Charles James Fox”.

Take Bahrain, for example. While the report does go some way to criticising a handful of the country’s human rights violations, this is not done not in nearly strong enough terms, and you’d be forgiven for thinking these violations are blips in an otherwise rosy picture. This is, after all, a country which has only “restricted some civil liberties”.

“There was a mixed picture on human rights in Bahrain in 2016,” the discussion of the Persian Gulf kingdom begins. “Compared with the region, Bahrain remains progressive in women’s rights, political representation, labour rights, religious tolerance and institutional accountability.”

Firstly, this is a faulty comparison. Looking at the region as a whole serves only to make Bahrain look better than it actually is. Bahrain may have 15% representation of women in parliament, as the report highlights, but this cannot be described as progressive. As of 2014, the government of Saudi Arabia, not known for its feminism, was made up of 19.9% women.

In April 2016, a royal decree that increased the rights of women in Bahrain only passed through parliament scrutiny on a technicality. In March of that year, Bahrain detained human rights activist and blogger Zainab al-Khawaja along with her one-year-old son. She was released in May but fled the country out of fear of re-arrest.

While the report does go on to criticise the dissolving of the country’s main Shia opposition party, Al Wefaq, it remains a mystery why the report would first highlight political representation and religious tolerance as positives in Bahrain.

The country certainly does not have enough institutional accountability, and this is not something it should be commended on.

Even the brief mention of Bahraini human rights activist Nabeel Rajab, sentenced to two-years in prison just for speaking to journalists 10 days before the government’s report was released, only refers to Index award-winner as having been arrested. The sheer scale of Rajab’s case is not accounted for.

On 3 February a coalition of 21 groups and individuals, including Index on Censorship, urged Johnson to call for Rajab’s release. In the time since, the US state department has called for Rajab’s release and condemned his sentencing. The UK government so far has only “voiced its concern” in the weakest possible terms, and as yet has not acknowledged Rajab’s sentencing.

When Theresa May became prime minister of the UK, Bahrain was one of the first countries she visited. As new documents reveal, UK contractors visited the country 28 times in 12 months amid Bahrain’s ongoing human rights crackdown. In all, “UK government contractors have spent more than 650 days in Bahrain training prison guards, including officers at the notorious Jau prison where death-row inmates are held and allegedly tortured,” the Middle East Eye reported earlier this month.

The UK government appears to be in no position to heap praise on Bahrain for strengthening the rule of law, justice reform, its independent human rights institutions, prisoners’ rights and improvements at Jau.

Many more issues in the Annual Human Rights Report must be scrutinised when MPs return in September. If the Bahrain section is anything to go by, the report should be found to fall far short of being “passionate” about human rights.