From broadcasting uprisings to employing Russian spies, Radio Free Europe brings news to poorly served regions. In the autumn 2017 issue of Index on Censorship magazine, Sally Gimson looks at the station’s history and asks if it is still needed today 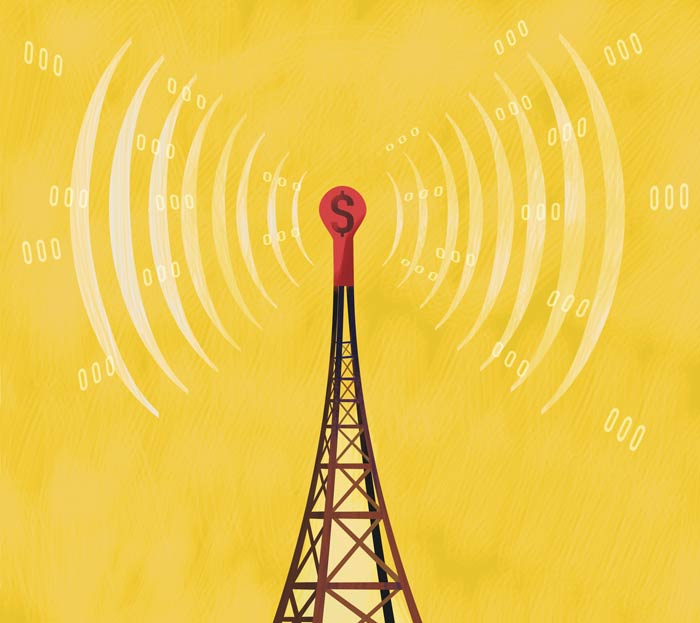 In Georgia, the future of Radio Free Europe, and sister station Radio Liberty, is looking precarious. This summer the Georgian government’s central broadcaster shut down two of RFE/RL’s most popular political programmes. The broadcaster said it was part of a wider restructure, but civil society organisations condemned the move and suggested the station wanted to eliminate critical viewpoints. The move and the subsequent outcry highlight the role RFE continues to play, namely to often act as a platform for free expression in parts of Europe where these values are strained.

Radio Free Europe and Russian station Radio Liberty, which it merged with, have been broadcasting to eastern Europe and Russia since 1950. While its remit originally was to fight communism, it now states its function as serving the cause of democracy more generally.

Today in Chechnya, for example, RFE is the only station where you will hear reports from journalists and stringers in the Chechen language about the influence of Isis and the persecution of gay people. It is the only Western international station operating in Moldova, even if it broadcasts for only a few hours a day. In Armenia, its TV provides a counterbalance to government-controlled media, as well as broadcasting to the wider diaspora. And in Kazakhstan, it provided special coverage of the early parliamentary election last year with six hours of live-streamed video on its website.

John O’Sullivan, executive editor of RFE between 2008 and 2012, argues passionately that “the radios”, as he calls the stations, have key roles to play in making sure people have a strong source of news and hear different viewpoints, and in holding governments to account with local journalists reporting on the ground.

“At the moment, there is a moral war between all these countries and the argument that commercial stations can do this job is fine, except they can’t do the job of the radios,” he told Index. “CNN is … never going to have a lot of correspondents in Armenia and never going to have correspondents in Chechnya. It’s going to be doing a story once every three months. Those audiences need it every day.”

Originally set up as an intelligence services-led project, RFE aimed to counter what the US government saw as superior propaganda coming out of the Soviet Union. Although primarily funded by the CIA, it was promoted to the US public as a project for truth and freedom to which they should contribute. Future US president Ronald Reagan, a young actor in the early 1950s, fronted up the public service advertisement, encouraging donations with the exhortation: “This station daily pierces the Iron Curtain with the truth, answering the lies of the Kremlin and bringing a message of hope to millions trapped behind the Iron Curtain.”

Victoria Phillips, who runs the RFE research project at Columbia University, told Index: “These men [who founded RFE] … really did believe in the power of truth and freedom of ideas, and when I read about some of those people, you don’t like the fact that they tried to invade places, and they had coups, but in the end the core was a belief in the power of ideas, and if ideas are allowed to vent then good will take place…”

In the beginning, the broadcasts used émigrés and dissidents for their programmes. They spoke from the headquarters in Munich to their countrymen and women in their own languages and were broadcast on short wave radios, which were widely accessible. It was an alternative source of news to the official Soviet broadcasters.

During the Cold War RFE was also a hotbed of spies, double agents and political resistance. The Bulgarian novelist and playwright Georgi Markov was assassinated in London with the tip of a poisoned umbrella in part because of his RFE In Absentia programme. Markov had dined with the communist elite and knew all about their lives. He revelled in satirising them and the absurdity of the system for his audience back home. According to the communist government he “insolently mocked” the regime and “encouraged dissidence”.

When O’Sullivan was executive director RFE/RL, he remembers the Iranian secret service taking pictures of the Iranian journalists coming into the offices, then in Prague, in an effort to intimidate them. “We know in a general way that some of the countries had agents embedded in the service which broadcast to them. We didn’t know who they were obviously. And in one particular case, in the Russian service, [there was] a man who had defected [back to Russia]. He had been in RFE during the Cold War and he defected and went to work for Radio Moscow and he subsequently wrote a tell-all memoir in which he had to confess that journalistic standards in Radio Moscow were well below the standards in Radio Free Europe, or in his case Radio Liberty.”

Later, RFE played an instrumental role in the fall of the USSR. As writer Irena Maryniak explained in an article for Index in 2010: “Western radios became a forum for dissenting views and personalities: people like Václav Havel (later president of the Czech Republic); the Russian physicist and civil rights activist Andrei Sakharov; the Polish historian Adam Michnik; or indeed maverick party members like Boris Yeltsin, who broadcast on Radio Liberty when he was out of favour with colleagues at home.”

Today, many of the 23 countries where RFE works are areas where the USA still wants foreign policy influence. It broadcasts across a huge range of media, not just radio. And the languages and countries the station covers, from the Caucasus and the Balkans to Afghanistan via Iran and Pakistan, read like a map of East-West tension.

Indeed, the congressionally funded Broadcasting Board of Governors, which has openly funded RFE since the 1970s and pours $117 million of taxpayers’ money into the service, is robust about its “soft power” intentions. Its 2016 budget report contains headings such as Countering a Revanchist Russia. And the report explicitly links broadcasting with foreign policy priorities.

So can we trust its journalism? The answer from O’Sullivan is yes. It’s not constrained to put the US view in the same way as Voice of America, and it actively seeks to encourage free speech and news coverage in countries where this is underdeveloped or difficult. Indeed, many reporters risk their lives to report for RFE, such as Khadija Ismayilova, who was imprisoned in Azerbaijan for exposing the president’s link to corruption. She was awarded the Unesco/Guillermo Cano World Press Freedom Prize in 2016 for her fearless work for the station. The station also won two prizes at the New York Festivals’ International Awards this spring, including one for the Kyrgyz service’s short video feature A Snowy Trek on Horseback to Teach School.

The people who were broadcasting suddenly realised that there were huge ramifications if you promised, or seemed to promise, something and it didn’t come true.

There have been darker moments at RFE, the most famous being its reporting on the Hungarian uprising of 1956 when at least 2,500 people were killed and many more were forced into exile, imprisoned and deported. RFE was accused of encouraging insurgents to believe the USA would intervene on their behalf militarily and therefore making people risk their lives unnecessarily. A couple of its programmes offered tactical military advice, and one commentary told people not to give up their weapons.

George Urban, the director of the Radio Free Europe division at the time, admitted they got it wrong. He said: “The radio was young and inexperienced. After barely five years of broadcasting, its management was still testing the instruments and boundary lines of the Cold War and was simply not up to the task of responding with clarity or finesse to its first great challenge. Hungary, its baptism of fire, cost it dear.”

As Phillips said: “The people who were broadcasting suddenly realised that there were huge ramifications if you promised, or seemed to promise, something and it didn’t come true. That people were going to die; your friends were going to die.”

Despite these controversies, RFE has survived, in part because the US Congress has continued to invest in the European operation, if on a smaller scale than during the Cold War. But O’Sullivan believes “the radios” should be given a lot more money and are needed more than ever to compete with stations like Russia Today (with a budget of about $300 million in 2016) and Al Jazeera.

“I think that people will accept there is an argument for good journalism which gives the news about their own country to people whose country would like to deprive them of it, and good journalism which sets standards to which we hope the journalists in transitioning countries will aspire and gradually achieve,” he said.

This article was updated on 1 November 2017 to include additional information.

This article first appeared in the Autumn 2017 issue of Index on Censorship magazine, an award-winning, quarterly magazine dedicated to fighting for free expression and against censorship across the globe since 1972. You can subscribe here or via Exact Editions here.

James Kirchick looks at the climate for alternative media in the aftermath of the 2010 Belarus elections.

Janis Sapiets questions whether Soviet broadcasting is partaking in censorship or responsibility to the party.

Hungary’s best-known novelist writes on the craving in Eastern Europe for communication and exchanges of ideas.