MEDIA FREEDOM
Russia: How one radio station became a target of pressure, threats and extreme violence

Often referred to as the only independent radio station in Russia, Echo Moskvy has for some time been subjected to state pressure, but 2017 was particularly bad with one radio host almost killed, two journalists in exile and several more detained or menaced in the course of their work.

On 23 October, a 48-year-old man broke into Echo Moskvy’s office in the centre of Moscow and stabbed Tatiana Felgengauer, the long-time host and one of the editor-in-chief’s deputies, several times in the neck. Felgengauer was hospitalised in a critical condition and underwent several operations. She has yet to return to work and is still in recovery.

Felgengauer’s attacker, Boris Grits, was sent for a psychiatric evaluation. During an interrogation by police, he said the host had been harassing him for several years using telepathy. However, the efficiency of the attack left some doubt as to whether his madness was real or just a cover for a well-planned assault.

“It’s obvious to me that he was well prepared. He knew when and where to look for me and very confidently disabled the guard at the first security post,” Felgengauer told Mapping Media Freedom. “This man knew what he was doing.”

Earlier in October Felgengauer featured heavily in a defamatory new report entitled Echo of State Department shown on the state-run national TV channel Rossiya-24. The report claimed that Echo Moskvy co-operates with foreign NGOs, whose presence in Russia was significantly cut after the adoption of the law on “foreign agents”.

The report cited a meeting between Felgengauer, another popular host Alexandr Pluschev and the editor-in-chief of Orenburg department Maxim Kurnikov, along with representatives from Reporters Without Borders and the Robert Bosch Stiftung Foundation in September 2017. It also stated that Ekho Moskvy gives airtime to opposition politicians and accused the radio station of “selling information weapons” to the Associated Press, The Wall Street Journal, Sky News and others. This was in relation to the station’s separate news agency that co-operates with Russian and international media organisations. The journalists reacted to the report on Twitter, making fun of the factual errors.

“If you have seen these videos, you would have noticed how outrageously unprofessional they are,” Felgengauer says. “Any person who watches them, even if he or she doesn’t like Echo Moskvy and is a fan of Putin, would not be able to take such badly done work seriously. I’m not taking it seriously either. For me, it was just a reason to laugh.”

But the defamation campaign against the radio station is no joke. Another report was shown on the state-owned First Channel in July. It claimed that Echo Moskvy and other media outlets were financed by the US Congress through the Broadcasting Board of Governors. The state-owned company Gazprom-media, which owns Echo Moskvy, issued an official statement saying this report was false. In March, the pro-Kremlin tabloid Life also claimed that Echo Moskvy was being checked following the suspicion it is a “foreign agent”.  The report was denied by the Ministry of Justice.

“In recent years an image of the enemy has been formed very actively: the enemy comes from outside Russia. It’s a classic trick, hundreds of years old,” Felgengauer says. “And even if an enemy is inside the country, he is somehow working for the external enemy, which is why any person who is out of favour is accused of working for the state department.”

Such reports are part of the broader campaign against foreign media that started in 2014 with a law limiting foreign ownership of Russian media and peaked this year, in late November, when Vladimir Putin signed a new law deeming media outlets that receive funding from overseas as foreign agents and restricting their activity in Russia.

Echo Moskvy was also affected by the law on foreign capital. According to new amendments to the media law that came into force in January 2016, foreign shares in Russian media must not exceed 20%. Alexey Vendiktov, the editor-in-chief of Echo Moskvy, said in an interview with Novaya Gazeta that American EM Holding used to hold 15.92% of the company’s shares, which was in line with the law. But in February 2017 Russian media regulator Roskomnadzor apparently found a new interpretation of the law when it asked EM Holding to withdraw all funding from the station.

“According to them, a foreign company cannot be the co-owner of a media outlet in the Russian Federation,” editor-in-chief Alexey Venediktov said in an interview with the RNS agency. In March 2017 the radio station changed its structure to allow a complete withdrawal of EM Holding’s capital. However, this did not halt accusations from the press in September and October that they were working for foreign powers.

“State media’s role is propaganda,” Sergey Buntman, a deputy editor-in-chief of the radio station, told Mapping Media Freedom. “Russia is like a fortress under siege; everybody is against Russia and there are lots of external and internal enemies – that’s how they are creating the atmosphere which is, in my opinion, extremely aggressive and intolerant.”

Many Echo Moskvy journalists experienced this aggression first hand. In April, radio host Olga Bychkova was insulted on air by a guest, the famous Soviet, Ukrainian, Russian and Estonian writer Mikhail Veller, who threw a cup at her while swearing. In May three radical activists of the far-left movement Drugaya Rossiya (Another Russia) at the Open Dialogs forum in St. Petersburg doused Venediktov with whisky for “betraying Russia”. In July in Orenburg, editor-in-chief of local branch Echo Moskvy, Maxim Kurnikov, was assaulted while reporting on a meeting of opposition volunteers. Reporter Alexandr Pluschev was detained on 26 March, and Andrey Poznyakov on 12 June. Both were covering anti-corruption protests in Moscow for Echo Moskvy.

“It’s all connected to the state of media and human rights and the general situation in the country, which deteriorated throughout 2017,” says Buntman. “Since 2013, the pressure on independent media has progressively gotten worse. The situation is clearly not going to become better this year.”

In September 2017, Yulia Latynina, a prominent columnist and contributor to Echo Moskvy and the independent newspaper Novaya Gazeta, fled Russia after several instances of intimidation. “I have left Russia in connection to threats to my life,” the journalist wrote on Twitter on 10 September. The latest incident took place on 3 September next to Latynina’s parents’ house in the village of Peredelkino, southwest of Moscow, when her car was set on fire. In July 2017, her car and her parents’ house had been sprayed with noxious gas. Neither incident has been properly investigated.

“There is no progress in the investigation at all,” Latynina tells Mapping Media Freedom, six months after the attack on her house. “It is especially outrageous because I was not the only one who suffered in this case. The reagent that our house was sprayed with turned out to be not only horribly stinky but also dangerous to health. Since that incident, my mother started having problems with her lungs. My parents, 77 and 79 years-old, as well as five our neighbours, including two elderly people and two children, suffered as well.”

The lack of police response came as no surprise to Latynina. When an attacker poured faeces on her in 2016, an investigator not only declined to open a criminal case due to “absence of the event of a crime”, but was considering opening a criminal case against the columnist for “false denunciation”.

“The false denunciation was that I reported the crime that had never happened,” Latynina says. “However, after some consideration, he decided not to do it.”

Latynina believes that the attacks were orchestrated and covered up by the FSB. “I can’t prove it, so I’ll just say that in my opinion those attacks are connected to the same structures, that control ‘trolls from Olgino’ tied with ‘Kremlin chef’ Evgeny Prigozhin,” says Latynina referring to her publications on the infamous “troll factory” that reportedly used social media networks to spread  propaganda and fake news among Russian users and later, during the 2016 US election campaign, among American users too.

Latynina explains the recent rise in violence against journalists as being influenced by the upcoming presidential election in March 2018, when Vladimir Putin will run for the post again.

“First of all, the proximity of the upcoming elections. Secondly, there’s the steady toughening of the regime; it goes from mild to full dictatorship,” Latynina says. “Before 2014, the regime was based on two main factors: oil money and television. There was enough oil money for everybody, and it was considered that television can brainwash the nation. Now there is no money and people tend to stop watching television. Vremya [the main news programme on Channel One ] is watched by 5 million people, whose average age is 65. [Opposition politician Alexey] Navalny’s movie about Dimon [the investigation of prime-minister Dmitry Medvedev’s links to shady charity funds that own luxurious property and yachts] was watched on Youtube by 25 million people.”

After the attack on Felgengauer, another prominent Echo Moskvy host, Ksenia Larina, also left Russia. “I have decided to have Ksenia Larina evacuated,” Venediktov said in an interview to Dozhd TV. “She will leave the country for at least half a year until her security is guaranteed, because the next blow from a knife to someone’s throat could come after Solovyov’s show, and he would be the instigator. I have no other means to protect my journalists.”

Following the attack, Dmitry Muratov, the editor-in-chief of Novaya Gazeta, said that he planned to arm his journalists, but both Felgengauer and Latynina agree that it would not help.

“The security of journalists can be provided only by one condition: it is the state complying with its own laws,” Latynina says.

Since 24 May 2014, Mapping Media Freedom’s team of correspondents and partners have recorded and verified more than 3,700 violations against journalists and media outlets. 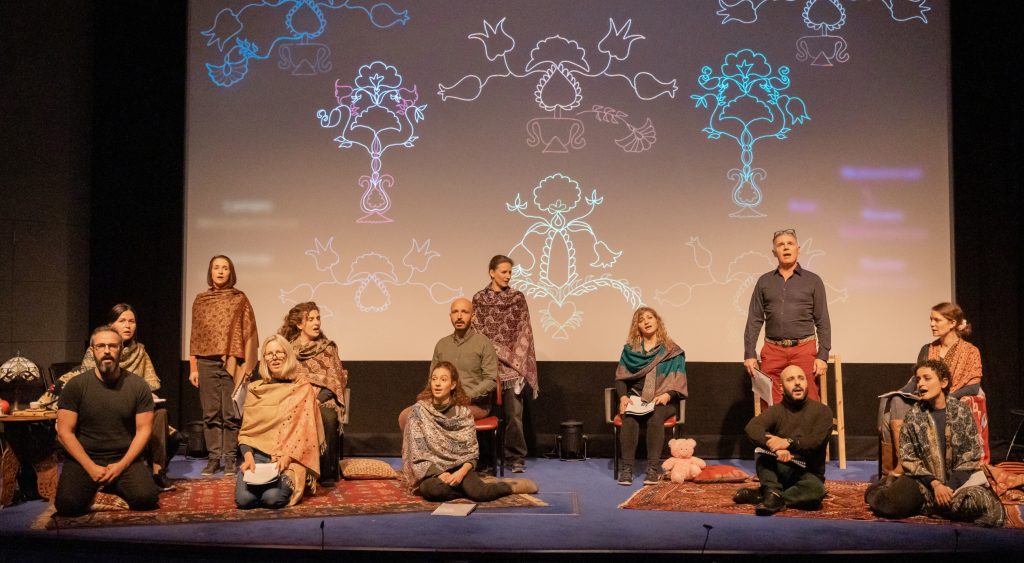 New play gives a voice to the forgotten Crimean Tatars 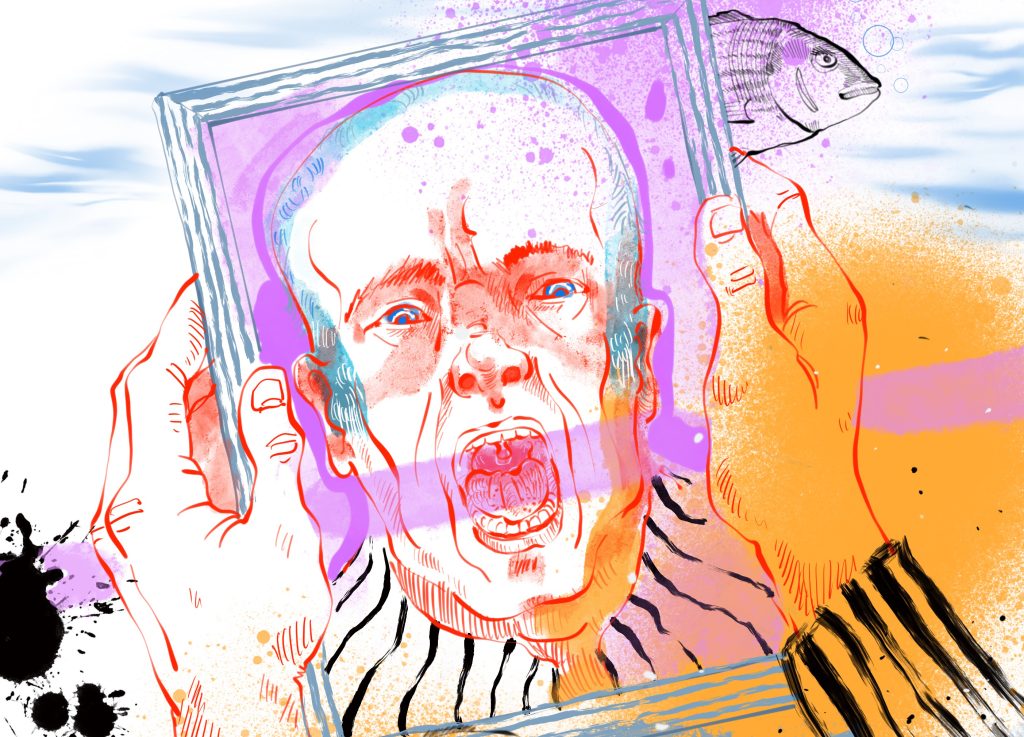 Cause for alarm: Author Zinovy Zinik in conversation with Martin Bright

About Latest Posts Ekaterina BuchnevaEkaterina Buchneva is a journalist at Reuters TV and a contributor to Index on Censorship’s Mapping Media Freedom project. Latest posts by Ekaterina Buchneva (see all) Russia: How one radio station became a target of pressure, threats and extreme violence – 9 January The Russia-Turkey crisis is feeding a new propaganda […]