Gathering outside the Maltese embassy in Malta House, London, members from Index on Censorship stood with seven other free speech and criminal justice organisations to mark the anniversary and call on the Maltese government to ensure justice is served. I spoke with Hannah Machlin, project manager for Index on Censorship’s Mapping Media Freedom platform, Cat Lucas, programme manager for English Pen’s Writers at Risk programme, and Rebecca Vincent, UK bureau director for Reporters Without Borders for this special podcast.

During the vigil, participants left bay leaves — which in Greek mythology are a sign of bravery and strength — outside the embassy in a sign of solidarity with supporters in Malta, while a statement from Caruana Galizia’s family was read out. 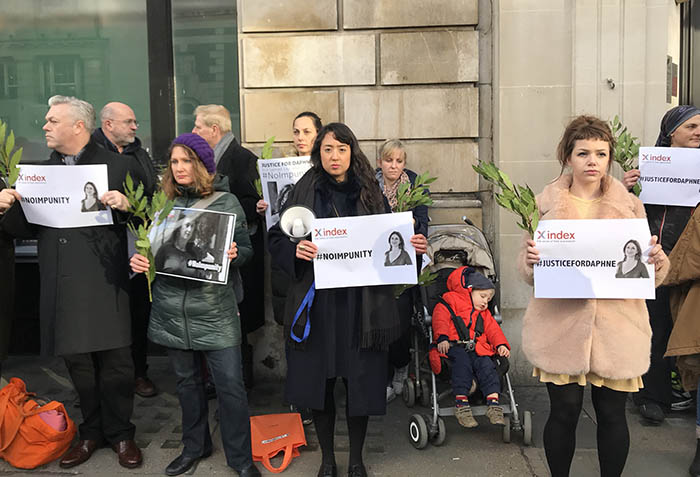 Caruana Galizia was killed on 16 October 2017 when a bomb placed under her car exploded as she was leaving her home in Bidnija, Malta. Sixteen days prior to the fatal attack, Caruana Galizia filed a police report saying she was being threatened.

At the time of her death, Caruana Galizia was subject to several libel suits and counts of harassment. Her assets were frozen in February 2017 following a request filed by Economic Minister Chris Cardona and his EU presidency policy officer Joseph Gerada.

Her murder was condemned by many from the international community, with a previous vigil held on the International Day to End Impunity for Crimes Against Journalists, where nearly 60 free expression advocates gathered, calling for justice and an open and transparent investigation into her death.

Seven reports of violations of press freedom were verified in Malta in 2017, according to Index on Censorship’s Mapping Media Freedom project. Five of those are linked to Caruana Galizia and her family.

Malta: Renewed call for justice 1,000 days after the assassination of Daphne Caruana Galizia 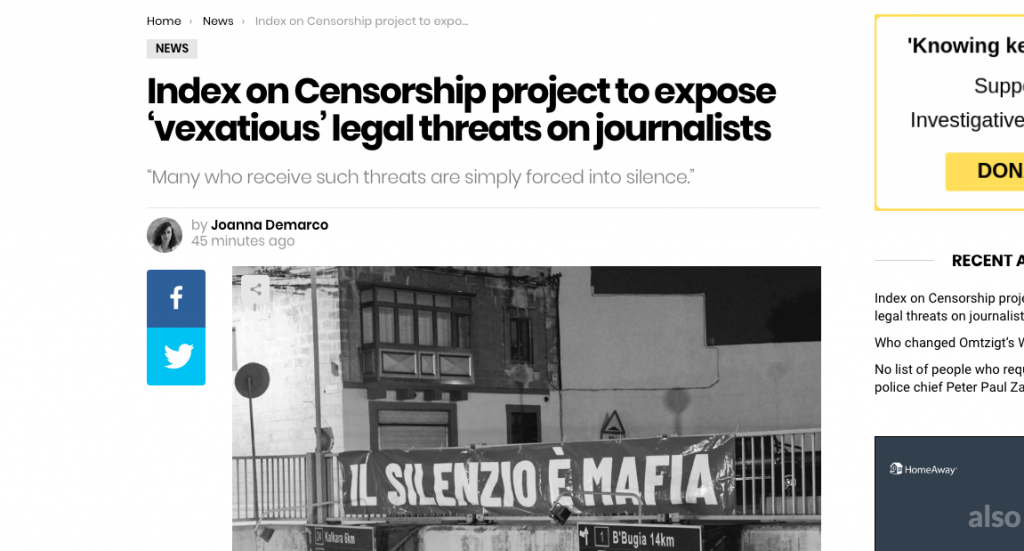 UK-based non-profit organisation Index on Censorship will be launching a new research project later this month that will expose the extent to which individuals with wealth and influence use “vexatious” legal threats to shut down investigations into their practices.