All that is solid in the Turkish media melted into air over the past year, and much of the entertainment content has migrated from traditional platforms to streaming services like YouTube and Netflix.

Turkey’s watchdogs took notice. In March parliament passed a law that expands the powers of Turkey’s Radio and Television Supreme Council (RTÜK), including blocking internet broadcasts. With the new law the state hopes to have some degree of control over online content that it considers dangerous.

Meanwhile online streaming services have thrived. Spotify entered Turkey in 2013 and pushed its premium service with a Vodafone deal two years later. On Twitter, BBC’s Turkish service has just short of three million followers. Netflix introduced its Turkish service in 2016. Last year it too signed a deal with Vodafone, and Netflix Turkey pushed its products aggressively, with posters of House of Cards plastered in Istanbul’s subway stations.

Statista, an online statistics website, predicts there will be approximately 397.4 thousand active streaming subscribers to Netflix in Turkey in 2019.

Turkish-owned streaming services also came to the fore. In 2012 Doğuş Media Group launched its video on demand service, puhutv, and there was excitement last year when the channel showed its first series, Fi, based on a best-selling trilogy by Turkish author Azra Kohen. The series quickly became a sensation, largely thanks to scenes featuring nudity and racy sexual encounters.

Puhutv is a free, ad-supported service and watching Fi on Puhutv meant seeing many ads of condoms, dark chocolates and other products linked with pleasure. In just three days, the pilot episode of Fi was viewed more than four and a half million times.

For content producers the Turkish love for the internet means new opportunities for profit. In February a report by Interpress found that the number of internet users increased by 13 percent to 51 million from the past year. Turkey is one of the largest markets for social media networks and it ranks among the top five countries with largest Facebook country populations.

Those dating shows outraged not only conservatives but many other swaths of Turkish society. Feminists considered them an affront to women’s struggle and they signed a petition to ban dating shows en masse. RTUK announced there were around 120 thousand complaints from viewers about the shows.

With the new bill, producers of shows streamed online will need to obtain licenses. “The broadcasts will be supervised the same way RTÜK supervises landline, satellite and cable broadcasts,” reads the new law which gives RTÜK the power to ban shows that don’t get the approval of Turkish Intelligence Agency and the General Directorate of Security.

Family Ties, a recent episode of the US series Designated Survivor angered many viewers when it was broadcast last November. One of the characters in the episode was a thinly veiled representation of Fethullah Gülen, an imam who leads a global Islamist network named Hizmet (‘The Service’).

The Turkish state accuses Hizmet, its US-based leaders and followers in the Turkish Army of masterminding 2016’s failed coup attempt, during which 250 people were killed. Turkey has requested Gülen’s extradition.

But in Family Ties, the Gülen-like character was described as an “activist”, and this led to protests on Twitter in Turkey. Some Turks wanted the show banned. In Turkey Designated Survivor is streamed by Netflix.

In September Netflix will release The Protector, its first Turkish television series by up and coming film director Can Evrenol. “The series follows the epic adventure of Hakan, a young shopkeeper whose modern world gets turned upside down when he learns he’s connected to a secret, ancient order, tasked with protecting Istanbul,” according to a Netflix press release.

“Streaming services give freedom and enthusiasm to directors who are normally reluctant to work for television,” Selin Gürel, a film critic for Milliyet Sanat magazine said.

“Content regulations are unwelcome, but I don’t think anyone would give up telling stories because of them. Directors like Can Evrenol are capable of finding some other way for protecting their style and vision.”

In Gürel’s view, the new regulations will not lead to dramatic changes for Turkish films.

“It is annoying that RTÜK now spreads its control to interactive platforms like Netflix,” said Kerem Akça, a film critic for Posta newspaper. “RTÜK should keep its hands away from paid platforms.”

Akça has high expectations from Evrenol’s new film, but he fears the effects of new regulations on The Protector and future Turkish shows for Netflix can be harmful.

“The real problem is whether RTÜK’s control on content shape-shifts into self-censorship,” Akça said. “Before it does, someone needs to take the necessary steps to avoid content censorship on Netflix.”

But Turkish artists have long found ways of avoiding the censors, and new regulations can even lead to more original thinking.

“This is a new zone for RTÜK,” Gürel, the critic, said. “I am sure that vagueness will be useful for creators, at least for a while.” 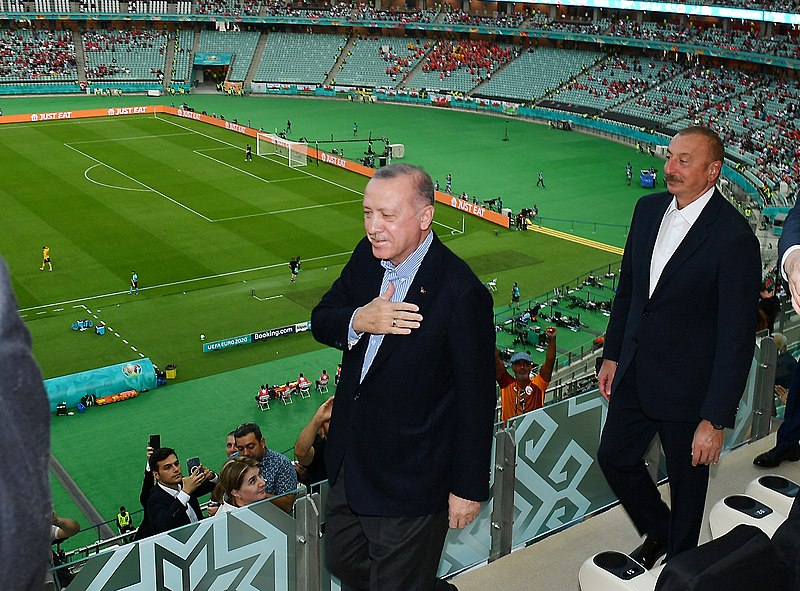 About Latest Posts Kaya GencKaya Genç is a contributing editor to Index on Censorship magazine. He is a novelist and essayist from Istanbul. His writing has appeared, mostly online but also in print, in The Paris Review, The Believer, The Guardian, The Financial Times, The London Review of Books, The New Republic, Prospect, Time, Salon […]