For Malaysian cartoonist Zunar, three years of constitutional challenges pale in comparison to the 43 years imprisonment that were on the line. But after a legal battle active since 3 April 2015, Zunar’s nine sedition charges were dropped on Monday 30 July 2018. With three days in court still to follow, the victory is one of several the artist is seeking as an advocate for free expression and the repeal of the Sedition Act.

Implemented during British rule and strictly enforced by the regime of former PM Najib Razak, the Sedition Act spared no government critic whether artist, activist or MP. Under newly elected PM Mahathir Mohamad, the Attorney General’s Chambers (AGC) announced that it would review all ongoing sedition cases starting 13 July.

In the first of his four court dates this week, Zunar was acquitted along with MP Sivarasa Rasiah of the People’s Justice Party (PKR) and civil rights lawyer N. Surendran. All three individuals were charged for denouncing the Razak regime’s conviction of opposition leader and PKR member Datuk Seri Anwar Ibrahim for sodomy.

Surendran faced charges on 19 August 2014 after writing a seditious press release entitled “Court of Appeal’s Fitnah 2 written judgement is flawed, defensive and insupportable.” Zunar was charged not for his political cartooning but for tweets that insulted the judiciary after Anwar’s conviction. Both were charged under Section 4(1)(c) of the Sedition Act for “publish[ing], […] distribut[ing] or reproduc[ing] any seditious publication” while Sivarasa was charged under Section 4(1)(b) for “utter[ing] any seditious words” in a speech at the March 2015 “Kita Lawan” (“We Fight”) rally in protest of Anwar’s imprisonment.

After their hearings on Monday in Kuala Lumpur, prosecutors reported that the AGC would not pursue their respective cases any further. Zunar’s victory was widely celebrated by his global fanbase. Human Rights Watch legal advisor Linda Lakhdhir tweeted “Excellent news that the Malaysian govt is dropping sedition charges against @zunarkartunis and @nsurendrann. Now it should drop all remaining sedition charges and repeal the law.”

Indeed, the Pakatan Harapan coalition the government is now under promised to repeal the Sedition Act in its 2018 election manifesto. As Zunar told Index earlier this month, “If they really want to abolish the Sedition Act together with other laws related to freedom of expression, freedom of speech, they at least need to suspend it first before they continue.”

His upcoming court dates, 31 July-2 August, concern a suit the cartoonist filed after he was arrested and his artwork and 1300 of his books were confiscated in a police raid during an exhibition in October 2016. Although there have not been any similar cases since Mahathir came to power, Zunar hopes to use his cartooning and advocacy to serve as a watchdog and hold the government to their commitments on free expression. 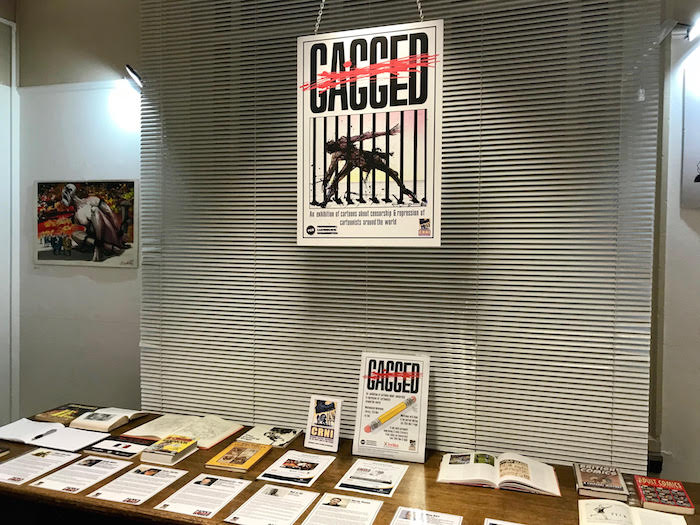 Malaysian cartoonist Zulkiflee Anwar Ulhaque, aka Zunar, was arrested on Saturday 17 December during a fund-raising event to recoup losses related to the seizure of 20 of his artworks.