Under Razak, Malaysia’s “Man of Steal,” Zunar published volumes of cartoons criticising the prime minister and his wife for their lavish lifestyle and corrupt rule at the expense of the Malaysian people. The government justified its crackdown on his works early on, reasoning that they “influence the public to revolt against the leaders and government policies” and are “detrimental to public order” in 2010.

A travel ban was placed on Zunar on 24 June 2016. In 2015, he was charged under Malaysia’s Sedition Act, a 1948 remnant of British colonial rule used by the Malaysian government to silence dissenting voices like Zunar’s. He now awaits four days in court, starting 30 July.

The cartoonist was still in the process of mounting a constitutional challenge to the Sedition Act for these charges when opposition leader Mahathir Mohamad toppled PM Najib Razak in national elections on 9 May 2018. The same day, the new government lifted the travel ban on Zunar and has placed one on the former PM while investigating his role in Malaysia’s global corruption scandal, 1MDB.

For the first time in two years, Zunar could travel to London last week, where he met with ARTICLE 19 and Amnesty International officials. He continues to challenge his travel ban because the old government cited “special reasons,” not law, to justify it. With his challenge active until the travel ban trial on 22 October, Zunar emphasised “I want to do this because I think I am being victimised but I also want the court to make a ruling that no government can use this [justification] anymore, including the new government. [Otherwise] they may use this again in the future for the activists the government doesn’t like.”

The government has faced ongoing international pressure from organisations like Index and ARTICLE 19 as well as UN Special Rapporteur on cultural rights, Karima Bennoune, to drop the sedition charges against Zunar. On 13 July, the Malaysian Attorney General’s Chambers (AGC) announced that they will begin a review of all ongoing sedition cases, citing the strength of the cases and evidence as determinants of whether the charges will be upheld.

In the meantime, Zunar has vowed to continue cartooning and advocating for the repeal of the very laws that silence him and other government critics in Malaysia: the Sedition Act, the Printing and Press Act and the Fake News Act. Despite national celebration of the new government, he remains skeptical. “It’s too early to put any hope on what they say because I think new governments always makes good promises but they need to abolish [the Sedition Act] because this is what the promise during the election campaign was” he said.

Zunar spoke with Index’s Shreya Parjan about the current status of his case.

Index: You’ve faced the current set of sedition charges since 2015. How have you appealed and challenged them since then? How does your current appeal differ from that of your case in 2010?

Zunar: It was started in 2010, yes, I was arrested around that time but they didn’t charge me for that so 2010 is different. I have few other sedition charges, okay so 2010 one, 2015, 2016 two times but the only one they charged was in 2015. This is the one they’ve got me in court for. The others they just investigated and arrested and I spent time in police lockup for other cases but only one they are really bringing to court.

The [2015] charge is still going on, the next court date is 30 July. This is very long, from March 2015 until now, the court is still unable to start because at the same time when they brought me to court, my staff and several activists who have been charged with sedition, we filed suit to challenge the constitutionality of the sedition act. The separate court had to deal with that first.

And finally, early this year, the court has made a decision that our challenge is irrelevant and so there’s no issue. So finally, now the court is going to start and also now its a new date: on 30 July. But we have to also understand that politically, and now we have a new government, all my charges were brought by the old government, so we’ll see what happens on the 30 of July.

Index: Since the Attorney General’s Chamber announced on 13 July that they will be reviewing all ongoing sedition cases, what expectations do you have for your own case?

Zunar: Now, the new parliament session just started today [16 July] and I have to wait and see. It’s too early to put any hope on what they say because I think new governments always make good promises but they need to abolish [the Sedition Act] because this is what the promise during the election campaign was. But just a few days ago, another activist was challenged under Sedition so this is why I say it’s important to see the action rather than the words now.

Index: What changes in the environment for free expression do you anticipate seeing under PM Mahathir Mohamad?

Zunar: I have to say that until they [abolish] it, I’m still concerned. If they’re really serious, they will abolish this law and several laws. If they really want to abolish the Sedition Act together with other laws related to freedom of expression, freedom of speech, they at least need to suspend it first before they continue. They have to show that “we are really serious, that we have to do it, but for the time being, why don’t we suspend theis law first.” For me, if you really have a political will to do it, you have to show it. But I don’t know, it’s too early to say. Until they do it, I cannot say anything about it and there’s no positive sign for it.

The other law also involved in this is the Printing and Press Act, the law the government widely used to control the media. There’s also the Fake News Act, which was introduced just before the previous election, and the Official Secrets Act. Two of these laws were used against me and the other two were used against activists who tried to expose or tried to reveal corruption or wrongdoing by the government so the government has to, if they’re serious about freedom of expression, they have to abolish these laws.

Index: What has the former government’s crackdown on those you worked with (publishers, webmaster) looked like? What implications could the new government’s review of your case have for them?

Zunar: There was an incident where the police arrested me when I did an exhibition in October 2016 and they took all the artwork and also 1300 books. I filed a suit against them and the case will be heard during the trial which is over four days: 30 July-2 August. At the same time, two of my assistants have been charged and their charges still continue and there’s no sign that the government will drop the charges. They have been charged with obstructing the police officers from carrying out their job. I think they had one court session last week so they still continue. There’s no sign that the government will drop the charge.

Previously, three of my printers have been raided under the Printing and Press Act and they were given a very strong warning that if they print my book again, they will be charged under Sedition and their licenses will be revoked. Also, my webmaster was investigated under the Sedition Act, my office has been raided several times and my sales assistants have been arrested.

What the police did is use a culture of fear. They create fear. They go and they didn’t really bring these guys to court, but they use harassment and the law that they will be charged if they continue, to scare people. But because we have a new government, so far there are no cases like that, so I think that the situation is maybe changing, I don’t know.

Index: What role do you see your cartoons playing in your advocacy for the repeal of the Sedition Act and other legislation that has constrained your work in the past?

Zunar: I think in my recent trip to London [last week] I spoke to ARTICLE 19 and Amnesty International and I hope for them to make a statement. It’s good for international organisations to give pressure to the government during the parliament session to abolish these outdated laws.

My cartoons reflect the issues of a country during that time, any time. If I want to do the same level of cartooning, the one I did during the previous government is a different type of cartoon. Now I can do more reminding and giving pressure to the government in a positive manner. Because in Malaysia right now, we just chose a new government, everyone is very happy, the people are very happy, this is what they expect and at the same time, civil society and activists like me have to remind the government that winning doesn’t mean you win everything or everything already changed.

So many things need to be done to keep the promises [that were made during the election]. As a cartoonist, we simply have to wait for the issues. Like during the parliament, if they don’t act, we have to come up with a cartoon to show that this is what you promised and you are not fulfilling your promise.

Now I have to do positive cartoons reminding and being a watchdog for the government. I think changing the mindset is very important also. It’s not about changing individuals, you have to change the mindset in the society, to show that cartoons can do the job too. In terms of what I’m going to do, I think I need to go along with this achievement and be a watchdog to the government, which is a totally different role of cartooning compared to the one I did with the last government. 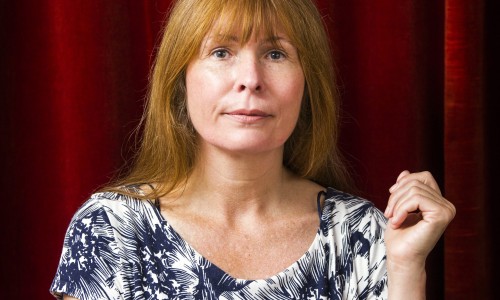 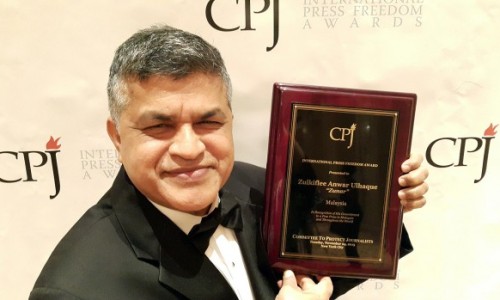 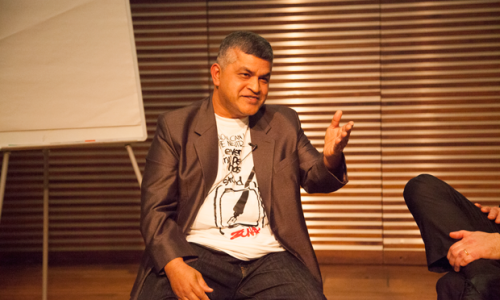