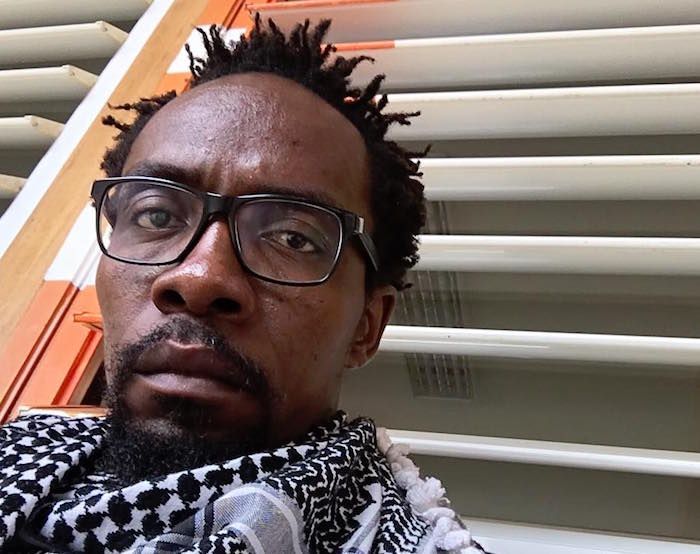 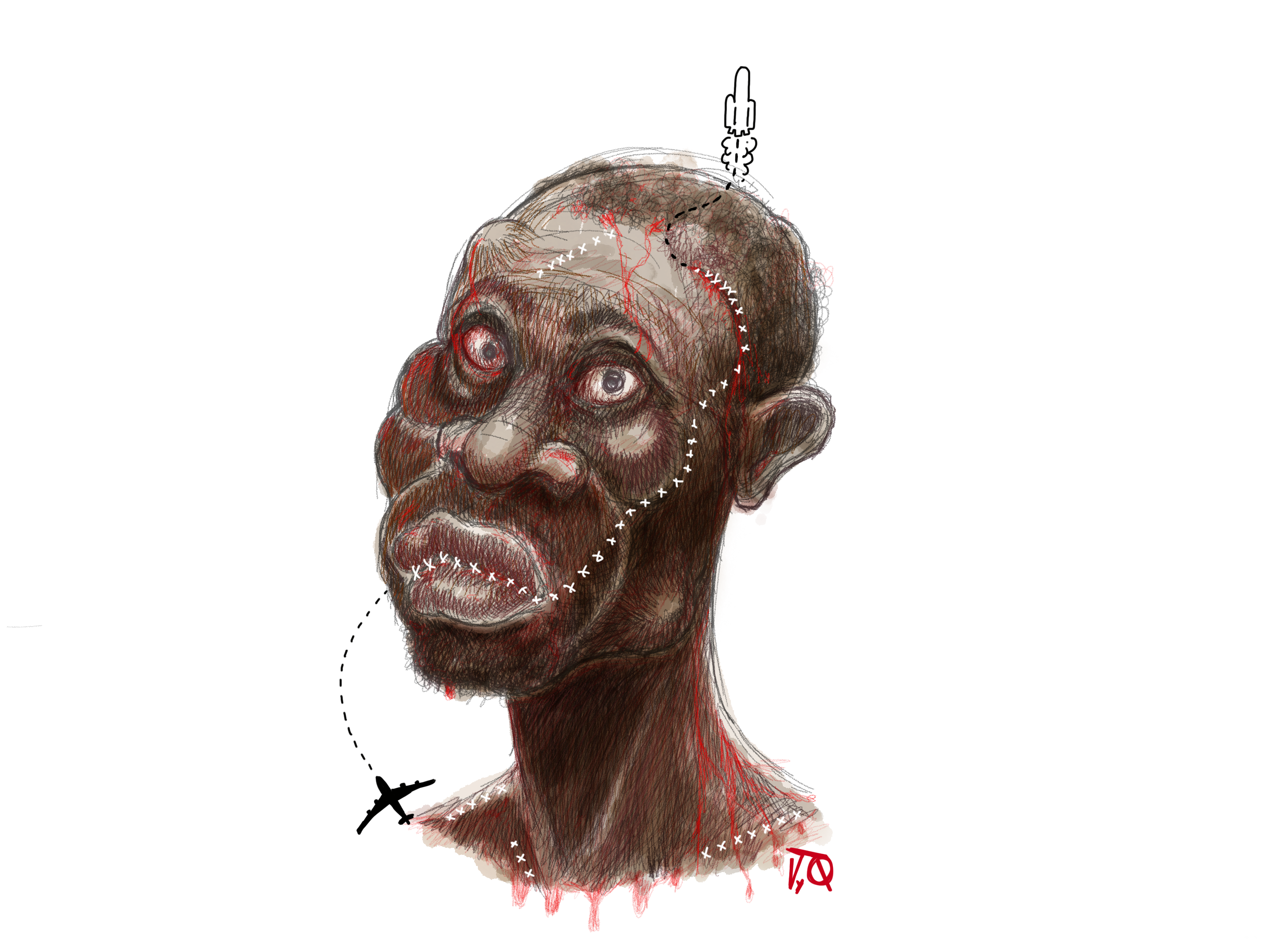 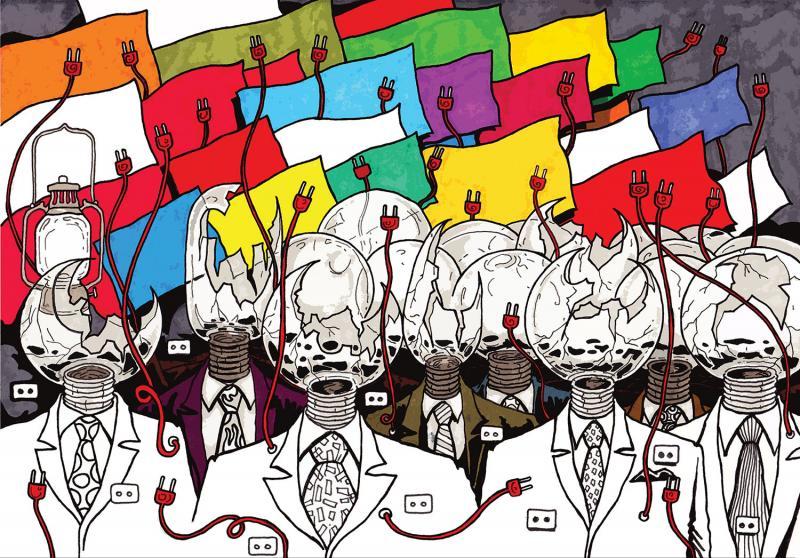 Ebale’s cartoons take aim at Teodoro Obiang, Equatorial Guinea’s long-time dictator, who has been in power since 1979, just two years after Ebale was born. Drawing under the pseudonym Jamon y Queso, his cartoons lambast Obiang for his corruption and the absurdities of his rule.

Ebale left the country in 2011 after he received threats from government supporters and has been living in Paraguay for the past six years. While there, Ebale co-authored a graphic novel called La pesadilla de Obi. In the novel, president Obiang wakes up one morning as an unemployed husband living in the slums of Malabo. The novel was censored in EG and had to be smuggled into the country.

When Ebale returned to renew his passport, which the embassy in Paraguay couldn’t do, in order to move to El Salvador to be with his family. He was arrested and charged with money laundering and counterfeiting.

After his arrest, cartoonists and organisations from around the world launched a campaign — #FreeNseRamon — calling for Obiang to free him. Ebale was awarded Courage in Cartooning Award by Cartoonists Rights Network International to bring attention to his case.

He was finally released in March 2018 after an officer confessed to arresting Ebale on false charges after he was told to by his superiors.

Ebale plans to continue with his criticism of both the government and president Obiang because although he is free, things haven’t changed in EG.

Index: What did you fear will happen when you went back to Equatorial Guinea?

Ebale: Because of the reputation of the regime and president controlling EG, no one believed my trip will be peaceful. But I did not fear anything and was always prudent. My family was afraid but I don’t think I allowed them to see my fear.

Index:   Did you have a contingency plan in place before you left Paraguay?

Ebale: My drawings were my protection. They tell my story and are evidence of what I’ve been through. One cannot stop it if someone plans to hurt them so my only plan was to have my drawings speak for me.

Index:  How were you treated in prison?

Ebale: They tried to suppress the campaign asking for my freedom. I was treated better than others in prison because my family was working to set me free and there was also external pressure.

Index:  What are your plans now that you’ve left EG again? Do you plan to continue with criticism of the government?

Ebale: My plans have not changed. I still love drawing. Just because I am free doesn’t mean the regime has ended so my plan has not changed. You get a break when you die so living is the only thing that you have.

Index:  What effect if any do you think your cartoons and criticism has had on the situation in EG especially since it is censored there?

Ebale: By censuring me, they censure people that are discovering new things through social media. I use social media to spread my passion for drawing and my crazy political ideas. The impact was enormous because it gave us a new tool to use in our fight to democratise the country: caricatures. It continues on from the drawings.

Index: What effects do you think your cartoons has had on people/countries outside of EG?

Index: What changes do you hope to see in EG?

Ebale: I want my grandchildren to be able to peacefully live with me in Mikomeseng. I want us to be able to cross the border without military barrier to reach Bitam. This is not much to ask for but I wish for it.

Index:  Do you plan on ever returning to EG?

Index:  The main reason why you went back to EG was to get a passport so you can be with your family in El Salvador. What have you told your son about EG? Do you think you  will you ever take him there?

Ebale: My son was born in EG. when they detained me he was there to visit and support me. He knows everything and I did not have to explain it to him because he was in Eg with me the whole time. My daughter on the other hand I’ve had to explain things to although she is too young to understand everything  because she was not there and has never lived in EG.

Index: What motivates you to create?

Ebale: I am motivated by the belief that I can create a world different from the one I see with my eyes or recreate it. When you go to sleep and dream, the dreams are like drawings and if you wouldn’t be able to draw it all if you tried. Sleeping and being awake are different because being awake allows you to see how those around you live and move. You should be motivated by what you see. Dreaming is like drawing without your hands.

Ebale: I started with the newspaper  La Verdad del CPDS.

Index:Is there a work or group of works that you are proudest of?

The judge dismissed the case in February, but Esono Ebalé remained effectively trapped in the country. He was issued a passport on 23 May and left the country days later

Index on Censorship welcomes the news that charges against cartoonist Nsé Ramón Esono Ebalé have been dropped. 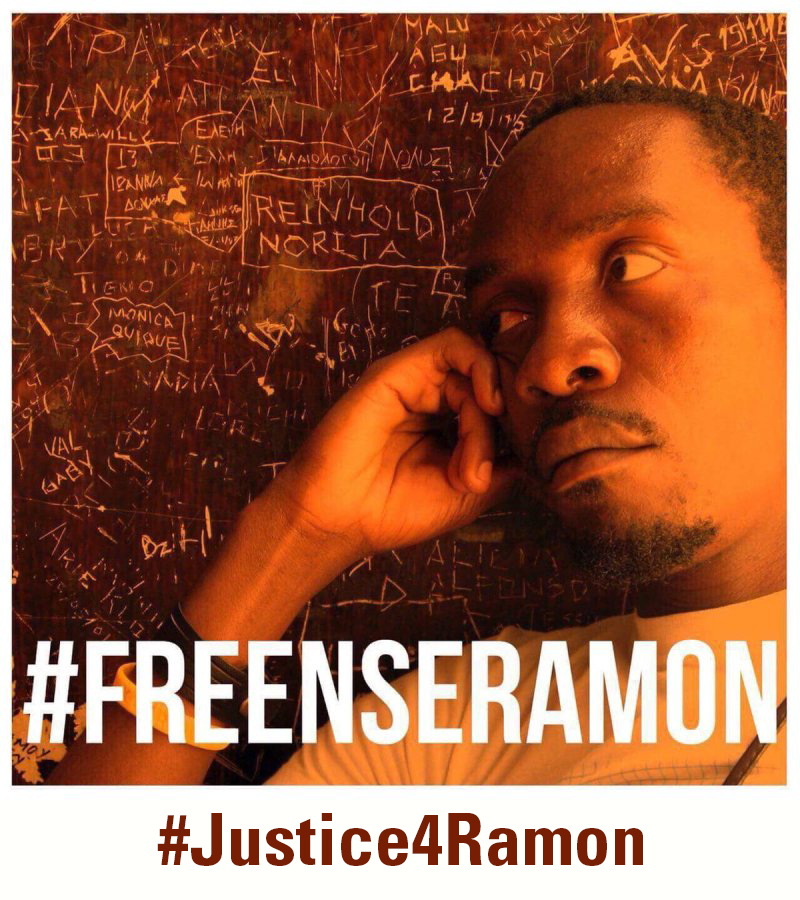 The trial of an artist on dubious counterfeiting charges