Index on Censorship magazine editor Rachael Jolley marks the 30th anniversary of the Tiananmen Square protests and massacre in conversation with journalist Tania Branigan and academic Jeff Wasserstrom. They were joined by author Xinran, who shared her memories.

“The truth is so dangerous,” Tania Branigan said.

Branigan, foreign leader writer for the Guardian and its former China correspondent, was speaking about the endemic self-censorship prevalent in China, where even parents who were involved in the 1989 Tiananmen Square protests won’t tell their own children about their experiences.

The silence, the lack of a reckoning around the events of 1989 has become even more absolute with the repackaging of communist party rule, added Jeff Wasserstrom, a professor of history at the University of California, who specialises in China.

The student-led protests bloomed after the death of pro-reform communist leader Hu Yaobang in April 1989. The officially-sanctioned mourning period provided an opening for people to express their anxieties about the direction of the country, Wasserstrom said. Officials reacted with a mixture of conciliatory and hardline tactics that revealed a split with the communist party leadership. Ultimately, the hardliners won out, with the country’s paramount leader at the time, Deng Xiaoping, and his allies resolving to use force to suppress the movement. Up to 300,000 troops mobilised under a martial law order implemented on 20 May.

On 4 June, the troops were ordered into central Beijing, killing both demonstrators and bystanders in the process. Estimates of the death toll vary from several hundred to thousands.

“We all cried when the first news came in,” said Chinese author Xinran, who was working at a radio station at the time. In the months after the massacre, she said, there were secret police everywhere and the threat that even the smallest comment about the suppression would be investigated.

Today, Branigan said, under the country’s president, Xi Jingping, the past has become even more sensitive. “Eye-watering amounts are spent not on addressing grievances, although the party does do that to some extent, but simply on policing the expression of them.”

She outlined how she thought the Chinese government has enforced self-censorship on its own citizens and the wider world. First China has forced social media platforms to hire and pay for huge numbers of staffers. Secondly automatic monitoring mechanisms like its new system of social credit enforces silence for fear that people will not be able to fully participate economically because of something they or their family have said on social media. Thirdly, China is also exporting its censorship by threatening to cut off large corporations, Hollywood studios and academic journals from its vast markets.

Wasserstrom agreed, saying that, there had been a “tipping point” at which it became dangerous to even mark the anniversary of the Tiananmen massacre in private, which hadn’t been the case before.

“Around the world in 1989, people wanted more choices in their life,” Wasserstrom said. In China, young people wanted to listen to the music that their peers in other countries were listening to; people in eastern Europe wanted to be able to buy things in stores that they knew people in western Europe could. But what’s happened since then, he added, is that people have gained material choices but not political ones.

“Control is hard. It’s expensive. It takes a lot of work. Liberty isn’t the only thing that requires eternal vigilance it turns out,” Branigan said.

Thank you to King’s College London for hosting the Index on Censorship magazine panel. 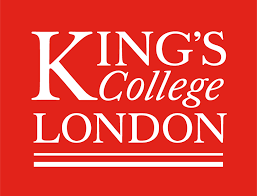