ARTISTIC FREEDOM
Russian poet Anzhelina Polonskaya: "The world does not mean happiness for most people"
28 May 2019
BY SUMMER DOSCH

Anzhelina Polonskaya became a recognised writer and poet during the turbulent post-Soviet Union era. Inspired by the works of famous Russian writers, she became a self-taught poet and began writing seriously at the age of eighteen. A talented figure skater, Polonskaya decided to focus on developing her writing skills and poetic voice.

“There’s a lot of pressure and the sporadic income makes my life unstable,” she tells Index on Censorship of her life as a writer.

Her poetry, which is influenced by her small hometown of Malakhovka near Moscow, presents a unique and authentic interpretation of the political upheaval and corruption within the Russian regime. She has consistently protested against the Russian regime in her poetry, short stories, and essays. In one of Polonskaya’s most recent books, To the Ashes, she specifically draws from the themes of exile, home, war, authoritarianism, and personal relationships.

Her work has been translated and published in the USA and UK by Zephyr Press, a small press specialising in world literature and poetry, which has significantly added to her recognition and acclaim as a writer. She has had translations of her work published in some of the world’s most prominent poetry journals, including World Literature Today and Poetry Review. She also became a member of the Moscow Union of Writers in 1998 and joined the Russian Pen Centre in 2003.

“I went to every protest in Moscow, and after my family began to receive threats, I left the country,” she says. One of her most significant works, “Oratorio-Requiem” Kursk, in which she laments about the 118 lives that were lost after the sinking of the Kursk submarine, caused the Russian regime to target her as a threat. After the work was released in 2011, she went into exile in Germany from 2015 to 2017. Since then she has returned to Russia and is currently working to preserve the Russian Pen Centre. Although she is no longer allowed to publish her work in Russia, she continues to write for journals outside of the country.

Anzhelina Polonskaya: My first collection of poems were undoubtedly inspired by the Russian poet Marina Tsvetaeva. Later in my career, Russian and American poet Iosif Brodsky began to inspire my poetry as well. I also admire the work of Eugenio Montale and Paul Celan. It took me a very long time to find my own voice in poetry, and it was a painful process. I found my own place in poetry when I was about thirty years old, which is late compared to other poets.

Index: What motivated you to pursue a career in writing instead of continuing your professional figure skating career?

Polonskaya: I can’t say that I made a decision to launch a career in creative writing. It was more that the “profession” came to me. It isn’t without its problems: There’s a lot of pressure and the sporadic income makes my life unstable.

Index: What main themes are you trying to communicate through your poetry, and how have these themes evolved as you have moved further up in your career?

Polonskaya: I reply with the words my publisher Zephyr Press used to describe my book To The Ashes: “Polonskaya’s second book with Zephyr reflects unflinchingly upon themes of exile and the anguish it can cause, home, war, authoritarianism and personal relationships.” I absolutely agree with my publisher’s statement. I am sure the world does not mean happiness for most people.

Index: How did the general public in Russia first respond to your writing, and how do they respond to it today?

Polonskaya: I only have a small circle of readers and have not published my books in Russia since 2008. Because I am outside of the literary process, nobody responds to my writing in the country.

Index: When did the Russian government start targeting you?

Polonskaya: The persecution began after the completion of “Oratorio-Requiem” Kursk, a score that I worked on with the Australian composer David Chisholm in 2011. It was an unpleasant topic for the president; therefore it was unacceptable within the political environment. Everyone knows me as a liberal writer. I went to every protest in Moscow, and after my family began to receive threats from unknown people I left the country. For some years I lived in Germany and gave many public talks, one being at the Frankfurt Book Fair, and did several interviews for newspapers. I have been invited to Barcelona for the anniversary of the death of Anna Politkovskaya. I have always protested against the Russian regime in my poetry, short stories and essays.

Index: Why was your project with David Chisholm an “unpleasant topic” and why was it viewed as unacceptable within the political environment”? Why did persecution follow after its completion?

Polonskaya: If you know how the crew on the Kursk submarine died, then you know that the Russian government refused to accept all the countries that could save it. It was a military object, and there was something to hide. As a result, the entire crew died an agonising death. Talk about the Kursk submarine in a country where the police regime has been in power for nearly twenty years, and you can receive a criminal case for any manifestation of freedom of speech. I think it is difficult to explain to a person in a free country that, under an authoritarian regime, they can follow you to a repost on the internet. David and I created a very frank score and a film, which became a political act.

Index: How do you continue to have an artistic voice in Russia from outside of the country?

Polonskaya: In Russia, I do not have an artistic voice that is greatly understood. My artistic voice is mainly established in Europe and the United States. I am very grateful to my translators for supporting my artistic voice. Now I am in Russia where I only have my seventy-eight-year-old mother who is ill. In October 2018 while I was in Germany, unknown people broke into my house in Moscow and stole all of my devices with interviews on them, my essay for the Swedish PEN-centre, my texts, my hard copies of interviews, and my protest photos. Nevertheless, I will continue to write for journals outside of Russia.

Index: When you say that the Russian Pen Centre is in a “split stage”, what do you mean by that? Can you explain this stage a bit more?

Polonskaya: The Russian Pen Centre has been under a big scandal for over two years now. The situation is totally impossible. Those who currently govern the Pen Centre completely usurped power and created an organisation under the “Russian Pen Centre.” Instead of having a legitimately convened meeting, the president Evgeny Popov single-handedly conducted the reorganization of the Russian Pen Centre in 2018. In essence, his organisation has completely different goals than the Russian branch of the International Pen Club. Because of this, the Pen-Center has split apart. We, the liberal part, are trying to defend the name of the Pen-Centre. On 8 May, the president Evgeny Popov changed the locks in the Pen-Center building, which prohibited us from entering our own premises. We asked London to support the re-election of the president and the executive committee. 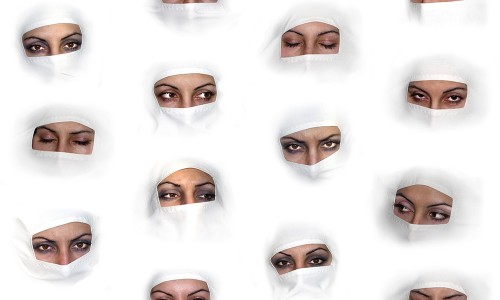 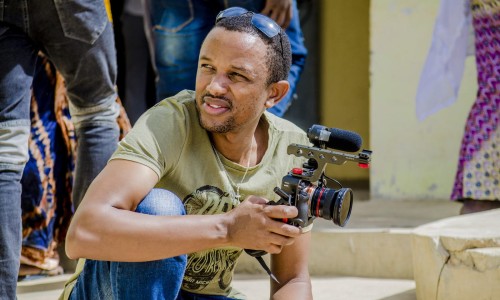 Artist in Exile: Eddy Munyaneza driven to become the man behind the camera
05 Dec 2018 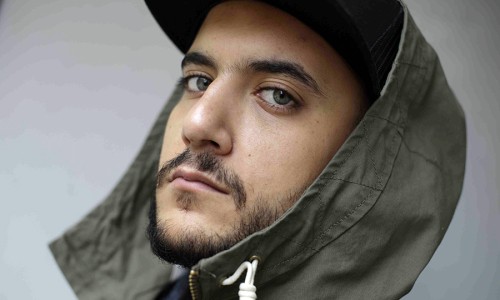