In Turkey, the government uses national security and terror legislation to censor journalists. Arrests, detentions and trials of media workers are frequent.

Turkey’s freedom of the press was curbed after the attempted military coup in July 2016, when over 150 media outlets were shut down. Many journalists working in Kurdish territory were subject to physical violence and threats, and Rohat Aktaş, a journalist who covered the Kurdish-Turkish conflict in the town of Cizre, was killed.

Physical attacks on media workers have become rare in recent years. However, Index on Censorship’s Monitoring and Advocating Media Freedom project documented seven assaults in Turkey in May, and another one in June 2019. This surge has raised concerns about the continuing pressure on media professionals in the country.

Özgün Özçer is a Turkey researcher for the monitoring project partner organisation Platform for Independent Journalism (P24). He attributes the physical violence to internal divisions within the nationalist and conservative political movements ahead of the second round of the mayoral elections in Istanbul, which took place in late June.

Index on Censorship’s Monitoring and Advocating for Media Freedom project documents, analyses, and publicises threats, limitations and violations related to media freedom in Azerbaijan, Belarus, Russia, Turkey and Ukraine, in order to identify opportunities for advancing media freedom in these countries. The project collects, analyses and publicises limitations, threats and violations that affect journalists as they do their jobs. Its staff also advocate for greater press freedom in these countries and raises alerts at the international level.

On 10 May, journalist Yavuz Selim Demirağ, a prominent columnist for the nationalist newspaper Yeniçağ, sustained serious injuries from an assault in front of his house in Ankara.

The attack took place late in the evening, when Demirağ was returning home after hosting a political show on a private TV broadcaster. The assailants, a group of seven men, fled the scene in a car after beating Demirağ with baseball bats.

Demirağ’s relatives took him to the hospital. Six people were arrested during the following week in connection with the attack, but all were released on 13 May after giving their statements to a prosecutor.

On 15 May, a group of three unidentified assailants attacked veteran journalist İdris Özyol in the coastal city of Antalya. Özyol was hospitalised following the attack, which took place in the evening in front of the office of the local newspaper, Akdeniz’de Yeni Yüzyıl, where he worked. He suffered injuries to his head and left arm.

Özyol’s assailants were arrested on 17 May. Özyol said that one of his attackers, who he identified as Taner Canatek, was the driver of Talu Bilgili, a prominent local politician from the Nationalist Movement Party (MHP). MHP allied itself with the ruling Justice and Development Party (AKP) during the general and presidential elections in 2018, and the local elections in March 2019. Özyol claimed that Canatek had worked for an AKP candidate during the local election campaign, and had visited the newspaper’s office with Bilgili, during which they had a heated exchange over a critical article by Özyol. Journalist associations condemned the attack.

On 16 May, the crew of conservative news channel Beyaz TV was attacked in Beypazarı district of Ankara, online news website T24 reported. Reporter Tuüçe Ünsal and cameraman Serkan Çinier were harassed and battered while filming a news story about the rundown state of a local cemetery. There they were assaulted by a group of people, allegedly supporters of the city’s new opposition mayor Mansur Yavaş.

Çinier was taken to the hospital following the attack. At least one of the perpetrators was arrested.

Mansur Yavaş had served as a mayor of a small Turkish town for 10 years before his first run for the Turkish capital’s mayorship in 2014. Beyaz TV is an Ankara-based news channel founded by Osman Gökçek, the son of former Ankara mayor Melih Gökçek.

On 20 May 2019, three people attacked Ergin Çevik, editor-in-chief of Antalya-based news portal Güney Haberci, in Antalya near a restaurant in the Aksu district. They approached Çevik, asked him if he was Ergin Çevik, and, upon confirmation, attacked him. The beating lasted several minutes, after which the attackers fled the scene.

Çevik told Evrensel that the assailants had come to his office before the attack and spoken with his secretary. Their visit was caught on camera, and the police are now working with the footage to identify the attackers. Çevik was reportedly assaulted because of his recent investigation of unearned income in the municipality of Aksu. In the article, Çevik called on the mayor of Aksu, Halil Şahin, who was re-elected on 31 March, to address the allegations.

Hakan Denizli shot in the leg

On 24 May, Hakan Denizli, founder of a local newspaper Egemen, was shot outside of his home in the southern province of Adana in front of his 4-year old granddaughter. “I got in the car and the window was open. They came, shot me in the leg and ran away”, Denizli told Arab News. He was immediately hospitalised. The gunman escaped and could not be identified, though the police launched a search.

This is the 29th attack on Denizli throughout his career.

“This brutal attack against Hakan Denizli–the fourth assault on a journalist in two weeks–appears to signal an alarming cycle of violence against critical voices in Turkey,” said CPJ Europe and Central Asia Program Coordinator Gulnoza Said, as quoted on CPJ’s website. “We call on President Recep Tayyip Erdoğan to strongly condemn the attacks and to instruct his law enforcement to bring those responsible to justice and to ensure the safety of journalists”.

On 25 May, Odatv web portal columnist Sabahattin Önkibar was attacked by a group of unknown individuals near his home in Ankara. Three people got out of two cars parked nearby and attacked Önkibar with their fists, daily Odatv reported. Önkibar filed a complaint with the police about the attack. He became the fifth journalist to be targeted in Turkey within two weeks.

Hasan Ceyhan beaten up by police

On 28 May, Hasan Ceyhan,  a distributor for the pro-Kurdish newspaper Yeni Yaşam, was beaten by security and police at a metro station in Istanbul, Mezopotamya Agency reported. Ceyhan, who is epileptic, fainted in the metro and was taken out of the train at the central Gayrettepe station. An ambulance was called while he was still unconscious at the station.

Ceyhan told Mezopotamya Agency that the security and police officers at the station checked his bags and saw the copies of the newspaper. They took him to a room inside the station, he said, where one security officer and two police officers beat and insulted him for an hour. They let him go after they forced him to sign a piece of paper stating that he would not file a complaint. Ceyhan said he got a medical report from the hospital and was planning to file a formal complaint to the police.

On 14 June Murat Alan, news editor of the ultraconservative daily Yeni Akit, was attacked in Gaziosmanpaşa district of Istanbul, Anadolu Agency (AA) reported. Four people armed with baseball bats and knives attacked Alan as he came out of a mosque after Friday Prayers with his 6-year-old son, a family member and his two children.

“I said ‘I have children, I have children with me, don’t do this’”, Alan told AA. As he grappled with the attacker who had a knife, one with a baseball bat started hitting him on the head. The assailants were scared off by the worshippers.

Alan received a head injury as a result of the attack, and was taken to a hospital for treatment. The attackers were caught and detained by the police. A week later, they were released by the court, NTV reported. Prosecutors charged the four men with “actual bodily harm” following a forensics report.

Presidential spokesperson Fahrettin Altun condemned the attack. Alan was under investigation for allegedly “insulting the commanders of Turkish Armed Forces.”

Turkey Journalists’ Society (TGC) condemned the series of attacks in a statement.

TGC said, “We expect that the impunity imposed on all attacks on newspapers and journalists will not be applied in this case. It is impossible to talk about democracy in a society where there is no freedom of the press. Social peace cannot be achieved in an environment where newspapers and journalists are constantly targeted. Attacks on the press are direct attacks on the public’s right to receive information and learn the truth. We want those responsible to be found and punished as soon as possible”.

A letter signed by 20 international organisations–led by the International Press Institute and Committee to Protect Journalists–following the attacks on Demirağ and Özyol on May 16 called on Erdoğan to condemn the assaults and make sure that the perpetrators are brought to justice, reported Hurriyet Daily News. “Attacks like those against Demirağ and Özyol, if left unpunished, will have a serious chilling effect on the country’s journalists and further strengthen a climate of fear, which seriously hinders Turkey’s credibility as a democracy,” read the letter.

“A brief analysis of these attacks reveals that the frequency of such moves against journalists increase at times when the country passes through politically-troubled straits and is open to provocations. Besides journalists, prominent politicians from different lines become targets of such physical attacks at these times. A lynch attempt attack against Republican People’s Party (CHP) leader Kemal Kılıçdaroğlu by a nationalist crowd during a funeral of a fallen soldier in early April should be interpreted within this frame.

“More striking is the fact that this increase in attacks against dissident journalists comes on the eve of the Istanbul election rerun, which has fuelled political tension once again following the cancellation of March 31 polls for Turkey’s largest metropolis. Although there is no direct link between these mentioned attacks on journalists and Istanbul’s renewed elections, an increase in the tension would further complicate the political climate”.

“Having monitored media freedom issues and impunity towards crime committed against media representatives for 25 years, this is the first time I noticed that a government circle has provoked a hostile climate for journalists, at this extent, kept observing intimidations and violence against ‘recalcitrant’ media representatives”, Erol Önderoğlu, a Turkey Representative for RSF who is facing trial, told Index.

“President Erdogan, the AK Party and the Nationalist Movement Party circles remained silent, although the first attack occurred on May 11, and everybody knew it would be contagious. In fact, the government was complicit in allowing MHP militants to silence criticism coming from nationalist or secular parts of the society. It is not a coincidence, then, that two parliament enquiry demands submitted by Iyi Party (Good Party, born from a division within the MHP) and by the main opposition party CHP aiming to investigate this hostile environment for journalists have both been rejected by AKP and MHP votes. Since May 11, no less (sic) than 10 journalists, columnists and reporters were physically attacked in this post-local-election process. All perpetrators were arrested but released pending trial, except for one case in which four men involved in a gun attack were sent to jail. The question is, how shall we expect to fight against impunity if the government itself is clearly involved in the propagation of violence?” 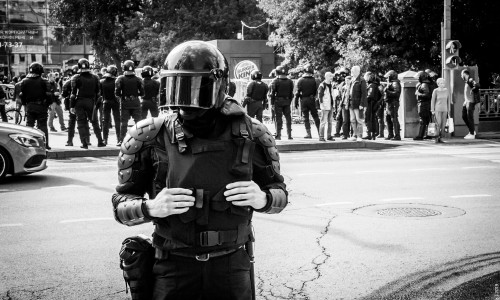 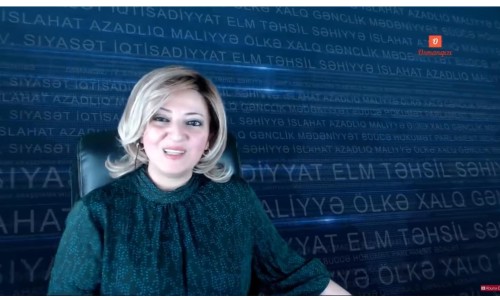 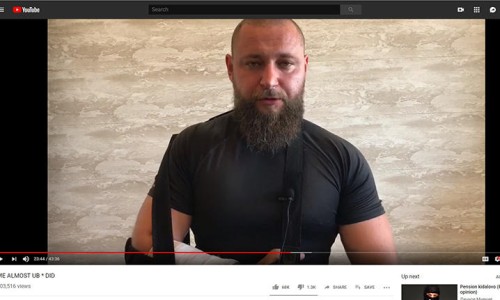