The Indian government’s revocation of autonomy for Jammu and Kashmir has been a disaster for free speech.

In October 2019, Narendra Modi’s government rescinded article 370 of the Indian constitution which had given the region special autonomous status since 1954.  The region is now run as two separate union territories – Ladakh, and Jammu and Kashmir.

Ever since its autonomy was curtailed, access to information for inhabitants has been greatly reduced.

Despite palpable risks to their safety, journalists in the disputed region have remained, but a lack of access to internet has hindered their progress.

Set in the Himalayas, the region is famously beautiful – often described as “heaven on Earth” – but this is in stark contrast to the fierce and often bloody dispute wracking Jammu and Kashmir.

As the situation worsens, we look back at pieces published in Index magazine and online exploring the impact the conflict has had on free speech, journalists and the people who call Kashmir their home.

Journalist and broadcaster Isabel Hilton visited Kashmir in the early 2000s. She documented her experiences in 2002 and spoke of her encounters with Pakistani military.

The piece is an insight into how much of major conflicts can seem underreported, but in fact are not. For journalists working in the region, the daily reports of death tolls and atrocities are both a livelihood and a duty, but only major events tend to make headline news across the world.

She wrote: “In Srinagar, the journalists — themselves constantly threatened and often attacked by both sides — have grown weary of looking for new angles on death. Only the larger outrages — such as the car bomb attack on Srinagar’s assembly building on 1 October last year which claimed more than 30 lives — are reported internationally.”

In the most recent edition of Index (which can be read here), Bilal Ahmad Pandow discussed the experiences of journalists in Kashmir.

Since India took control and imposed direct rule, a feeling of (relative) security in the region has been lost and censorship laws have taken a firm grip, he writes.

A new policy for journalists introduced this year by the Jammu and Kashmir government imposes rules on restricting “fake news, plagiarism and unethical or anti-national content”.

“Pressure on media freedom was ratcheted up even further with the introduction of the New Media Policy 2020. Journalists were, of course, already operating under tremendous pressure – harassment, intimidation, the choking of advertisement revenue, imprisonment, draconian laws and a communication blockade – all of which are forcing journalists to self-censor.”

Index on Censorship summer 2020 issue on the theme of privacy

Earlier this year, Kashmiri journalist Bilal Hussain spoke with Index’s Orna Herr on life in the media in the region.

He told Herr of his personal struggles to get copy and videos past online restrictions and out of the country. Journalists have been creative in their attempts to get past the internet blocks designed to limit media freedom, he said.

“Since March 2020, the government allowed restricted internet access that blocked many news websites. So journalists installed VPNs that could break the firewall and enabled journalists to access those websites.”

“Some journalists used to travel to Delhi to access the internet and came back after filing their reports.”

“To get video interviews to my editor in Paris, I put them on a memory stick and gave it to a friend who was travelling to the USA, and he sent it on from there.”

Poet Agha Shadid Ali was born in Kashmir in 1949. He moved to the USA in 1976 but his home was always at the forefront of his literary works.

His 1997 work Country Without a Post Office discussed the plight of Kashmir. At the time of their publication, he said: “My entire emotional and imaginative life began to revolve around the suffering of Kashmir.”

Ali died of brain cancer in 2001. Index included two of his poems following the 2002 Kaluchak massacre in which militants attacked a tourist bus, killing 31 people and injuring 47.

This piece from 1994 by Caroline Moorehead shows how the human rights spotlight was finally being turned onto Jammu and Kashmir.

She writes: “In their war against the militants…the Indian police and security fores have come to treat disappearances with a combination of lethargy, obfuscation and threats, connived at by the judiciary. Court orders are ignored, relatives warned to stop making enquiries, and the case is shifted from place to place while documents are mislaid and those responsible posted to other places.”

It tells the story of the disappearance of 22-year-old Harjit Singh, a far from unusual story in the region.

Beyond the Gun is a collection of photographs and statements from Kashmiri people in 2002. Its emotive language and testimony from residents who felt betrayed by India’s handling of the region, coupled with photographs of members of the community, make for a stirring read.

By Sheba Chhachhi, each photograph and collected testimony tells a different story. Some, like the words from carpet worker Jana, show the danger of bringing to light the problems caused by local authorities and provides a chilling account of escaping molestation by a border security force soldier.

Jana said: “I faced the power of his gun with the power of my mind. I felt no fear. I had the axe. Had the axe not been there; there was a rolling pin, a ladle. If I had a gun, they would have seized it long ago. These are my own implements. No one can take them away from me.”

Partition, the November 1997 issue of Index on Censorship magazine

The price of freedom

In 1997, Pakistan and India celebrated 50 years of independence, but continuing tensions between the two muted the festivities.

In this article from that year, Eqbal Ahmad set out the problems caused by a misguided approach to decolonisation by the United Kingdom, which led to the partition of Pakistan and Bangladesh.

Though not specifically about the troubles in Kashmir, much of the hostility between Pakistan and India is thoughtfully explained and ensures a greater understanding of the conflict.

In this 2002 article, Sidharth Bhatia claims India once had the world’s largest and freest media, something which has now changed. It takes a historical journey explaining chronologically just how India’s media freedom has been squeezed.

Bhathia ponders the problems populist jingoism can have on freedoms, citing the border war in 1999 as a prime example.

“More worrying is the decline in any challenge to the received wisdom on contentious issues such as human rights abuses, especially in Kashmir. This was seen at its most blatant during the border war at Kargil in 1999 between Indian and Pakistani soldiers (disguised as irregulars) who had infiltrated the area.” 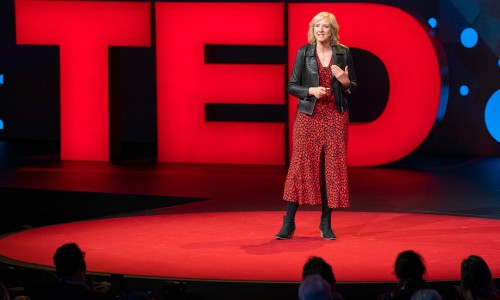