NEWS
Index calls for the release of Andrei Aliaksandrau

Dedicated and principled. Brave and committed. Optimistic and humorous. A fan of Liverpool FC and of pubs.

This is Andrei Aliaksandrau, a journalist who has been detained this week in Belarus on charges of “organisation and preparation of actions that grossly violate public order, or active participation in them”. A video of him making a “confession” of paying the fines of those who have been protesting at the rigged re-election of President Alexander Lukashenko has been released by the authorities in Belarus.

His arrest and forced confession have hit home hard at Index on Censorship, where he was on the staff for a number of years, leading a project looking at freedom of the media across the Caucasus, and writing regularly about Belarus and Ukraine. After he returned to Belarus, he also continued working for Index as a freelance contributor from the region.

Former Index on Censorship editor-in-chief Rachael Jolley says he is the sort of person who puts his life and soul into the cause of making people realise what is going on in Belarus.

“He feels really strongly about media freedom and feels the world doesn’t pay enough attention to what is going on there,” she says.

“He worked so hard to bring stories out of Belarus when most journalists would be too worried to cover them. He keeps covering stories when others have given up.”

Natasha Schmidt, editor of IranWire and who worked at Index for 13 years, most recently as deputy editor, says, “He is such an amazing journalist and a great colleague.”

She says, “Andrei is so knowledgeable about Belarus and the wider region, including Ukraine from where he produced a lot of reports in recent years.”

That Aliaksandrau is in Belarus at this time of huge popular protest comes as no surprise.

Jolley added, “A lot of people have come onto the streets of Belarus feeling there was a moment of hope that there might be change. Andrei would have been on the front line of this.”

Schmidt says, “Given what has been going on in Belarus, he would have thought if he wasn’t already there then it was time for him to go back and join in this important movement.”

She adds, “Andrei is one of those people who is brave without trying to be. He is very committed to his work and freedom of expression in the region.”

Sean Gallagher, who also worked alongside Aliaksandrau at Index, says his arrest is of great concern but not entirely unexpected.

“I hate to be fatalistic but it was only a matter of time before he was detained, given the nature of the regime,” he says.

“I remember clearly talking to him about how we should communicate and whether he should continue to use Gmail or whether we should move to an encrypted platform. His response was ‘Gmail is fine because using encryption raises a flag’”.

“He was well aware he was being watched,” says Gallagher, “but knowing that he has been detained just for telling the truth, that pisses me off.”

Aliaksandrau is devoted to his work but he also has a life outside work. All of his former colleagues mention his love of British pubs. He was a regular at the Betsey Trotwood pub in Farringdon in London when Index was based at the Free Word Centre and has a particular passion for a good malt whisky, taking trips to various distilleries in Scotland during his time in the country.

They also reflected on his easy-going nature.

“As a colleague, he was very easy to spend time with and has a great sense of humour. He was a good person to have around, he was so relaxed and would have a laugh and ease any tension in office politics,” said Schmidt.

Andrei is also a keen supporter of Liverpool FC and has a love of nature.

Despite his detention and enforced confession, former editor Jolley says Aliaksandrau is an “optimist”.

“He always felt there would be change and would do everything he could to make it change. He strongly believes Belarus will one day have a free society,” says Jolley.

That time cannot come soon enough. Aliaksandrau – no Andrei – must be released.

Schmidt speaks for us all when she says: “We all hope we can see him soon and hear he is safe.”

Index has sent letters to the foreign secretary Dominic Raab and Belarussian ambassador to the UK Maxim Yermalovich calling for Andrei’s release.

Please sign this petition to call on the Belarusian authorities to release Andrei and his girlfriend Irina. 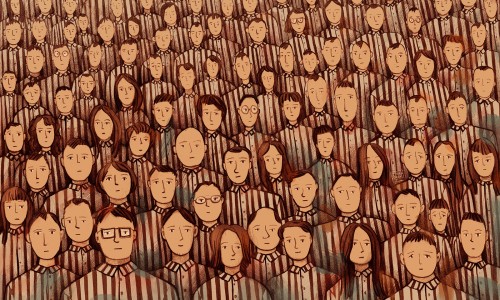 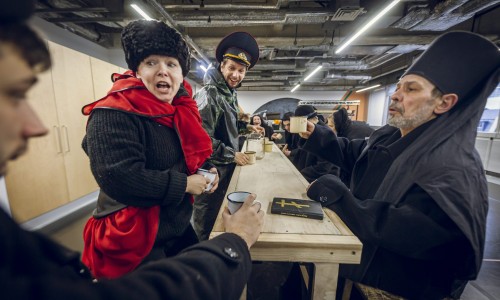 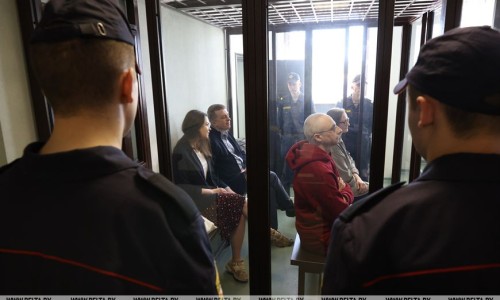