NEWS
Two countries, one system: why we must drop the pretence

That, effectively, is the policy in Hong Kong and China after more than 50 pro-democracy activists were arrested yesterday morning under the National Security Law for their part in the pro-democracy primaries last July.

The primaries were held to identify pro-democracy candidates for Hong Kong’s Legislative Council (LegCo) elections which were due in September 2020.

At the time, HKSAR chief executive Carrie Lam said, “If this so-called primary election’s purpose is to achieve the ultimate goal of delivering what they called ’35+’ [lawmakers], with the objective of objecting or resisting every policy initiative of the HKSAR government, it may fall into the category of subverting the state power – one of the four types of offences under the national security law (NSL).”

Lam subsequently postponed the 2020 LegCo elections, citing a resurgence in Covid-19 and claiming support for the move from Beijing.

Lam’s threat has now materialised, with many of the candidates and organisers of the primaries now arrested for breaking the NSL.

Several of the candidates for the primaries had already fled to exile, including Nathan Law, Ted Hui and Sunny Cheung.

The three issued a joint statement saying, “This has yet again proven how the National Security Legislation tramples upon One Country, Two Systems. The indiscriminate arrest concerns political figures from all sides of the spectrum. The unprecedented scale indicates how the Communist government had decided to purge the democratic camp, silencing all dissent.”

The three said that the ambiguity of the law now threatens all 600,000 Hongkongers who cast their votes in the primaries.

Benedict Rogers, CEO of Hong Kong Watch believes the arrests mean no one in Hong Kong is safe anymore.

“The simple act of organising a primary election for the purposes of selecting candidates for the pro-democracy camp ahead of Hong Kong’s planned Legislative Council elections is now deemed an act of subversion under the draconian national security law, carrying with it the potential for years in prison,” he told Index.

“Potentially any expression of desire for democracy or dissent from the Chinese or Hong Kong governments could be a criminal act. The national security law and its vaguely defined crimes of subversion and collusion with foreign political forces, imposed on Hong Kong last July, already threatened freedom of expression in Hong Kong, and now the arrests we have seen in recent months and especially these mass arrests prove that this draconian law has destroyed freedom of expression in Hong Kong.”

The UN clearly agrees with this view that everyone now needs to be waiting for the knock at the door.

A spokesperson for the UN Human Rights Office said, “These latest arrests indicate that – as had been feared – the offence of subversion under the National Security Law is indeed being used to detain individuals for exercising legitimate rights to participate in political and public life.”

The situation all seems a very long way from what is laid out in the Sino-British Joint Declaration which promised to maintain the status quo until 2047.

Lord Patten, who was governor of Hong Kong at the time of the handover, told Sky News that the arrest of pro-democracy activists was a “further turning of the screw”.

He said, “This is a further attempt to destroy the freedoms of a city that has thrived under the rule of law. The people who have been arrested are not radicals, they have not been guilt of violence, they are lawyers, academics, social workers. [These are the] people who organised a vote to choose the best candidates for the elections which were then postponed, arguably because of Covid.”

UK foreign secretary Dominic Raab said that the mass arrest was “a grievous attack on Hong Kong’s rights and freedoms as protected under the Joint Declaration” and that “the Hong Kong and Chinese authorities deliberately misled the world about the true purpose of the National Security Law”.

Tom Tugendhat MP , chairman of the Foreign Affairs Committee, called it a “tragedy”, saying, “Eroding free speech and detaining democrats is an act of violence against the people of Hong Kong and the economy they have built.”

Chinese exiled cartoonist Badiucao expressed his sentiments over the arrests with his latest work.

My art on #HongKong massive activists arrest today.
China has turned full gear on grinding what’s left as freedom in HK right after EU’s economic deal.
A bloody example of why the world shall not trust CCP or negotiate with it.
EU must withdraw the mistake and we must act! pic.twitter.com/82w9H0w3iU

The UN has also urged the authorities to guarantee the right to freedom of expression in the context of ongoing investigations, including by allowing journalists and news organisations to fully and freely exercise their legitimate functions.

The authorities seem unlikely to comply. Various Hong Kong publications were served with a search warrant asking for the contact information of primary election candidates. This led Tom Grundy, co-founder of Hong Kong Free Press who spoke on our podcast just before Christmas, to say, “Hong Kong newsrooms are not phonebooks for the police to call upon as they wish.”

Whether it was coincidence that the arrests took place on a day when the world’s attention was distracted towards the USA or not – which is not beyond the Chinese Communist Party – many have highlighted the irony.

Journalist Tony Lin spoke for many when he tweeted, “So many nuances need to be addressed, but at core what many ppl fought for in Hong Kong was EXACTLY what DC extremists trying to dismantle in the US: the right to vote.”

In their statement, Nathan Law, Ted Hui and Sunny Cheung express what many are now feeling.

“Foreign governments must reconsider whether Hong Kong should be treated differently from China,” they added. “Leaders of the free world must recognise the ambition and the despotic nature of the Chinese Communist Party.” 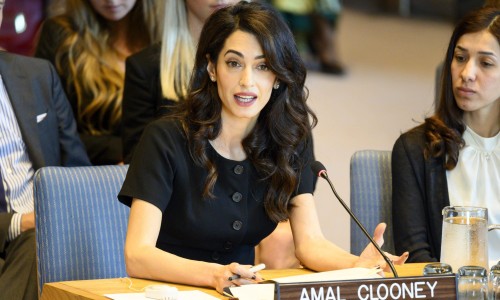 One response to “Two countries, one system: why we must drop the pretence”