A British oil industry whistleblower was detained last night by armed police in Zagreb and held overnight against his will in a psychiatric hospital after British diplomats raised concerns about his mental health.

Jonathan Taylor has been stranded in Croatia since July last year, when he was arrested while entering the country for a holiday with his family. The authorities in Monaco, where he worked for oil company SBM Offshore, have accused him of extortion and requested his extradition to the Principality. He is awaiting a decision from the Croatian Supreme Court this week.

In 2013, Taylor blew the whistle on a multimillion dollar network of bribery payments made by SBM around the world and cooperated with prosecutors in the UK, the US, Brazil and the Netherlands. These investigations resulted in fines against the company to the tune of $827 million and the conviction of two former CEOs of SBM for fraud-related offences. However, Monaco has decided to target the whistleblower rather than those responsible for the bribes.

Freedom of expression organisations, including Index on Censorship, have been lobbying the British government to put pressure on Monaco and Croatia to allow Taylor to return England where his family is now based. Media Freedom Rapid Response partners have demanded an end the extradition proceedings.

Taylor had alerted the British Embassy and the Sofia-based regional consul last Friday about his deteriorating mental health and was asked to put his thoughts into writing. This set off a train of events in Zagreb that Jonathan Taylor relates in his own words here:

“I was met by two armed officers at the roadside to the entrance of the forecourt to my apartment at about 9:15pm last night. I was told I had to wait with them until a psychiatrist arrived in an ambulance. After about 45 minutes we went up to my apartment as it had started raining and the ambulance still hadn’t arrived.

“At about 10:15pm the ambulance drivers arrived and joined the two policemen in my apartment. I was then told I had to accompany them to hospital. I protested stating I had been told a psychiatrist would come to me. I made it clear I was not prepared to leave the apartment. Then four more other armed officers arrived. I again explained I was not happy to go to hospital (see picture top).

“Eventually two of the armed officers manhandled me to the ground causing my head to hit a wall and a resulting headache. I was the cuffed with face against the floor and manhandled out of my apartment into an ambulance where I was strapped into a stretcher. Upon arrival at hospital (no idea where I am) I was dragged out of ambulance and sat on a chair just inside the door to the hospital. I was left there under guard, still handcuffed, for about 30 minutes.

“A lady came to see me (apparently a psychiatrist, but she did not introduce herself) and she asked a few basic questions like ‘why did I arrive with the police?’ and ‘how long had they been following me?’ (!).

“Shortly after this I was taken to a room, still cuffed, where I was strapped to a bed by my feet and legs and my hands. I then refused unidentified tablets and was invited to swallow them whilst someone held a cup of water to my mouth. I refused. I was then forcibly turned and something was injected into my upper thigh. It was now at least 12:30am. At about 6:30am, again against my will, I had a further injection. Another psychiatrist came to see me at about 10:15am and she determined I could go…

“A smiling male nurse has just prodded my arm saying ‘everything will be OK, don’t hate Croatia now!” I have just discovered that I am at the University Hospital Vrapte. What to say?…Where I was looking for help, I got one of the worst twelve-hour experiences of my life.” 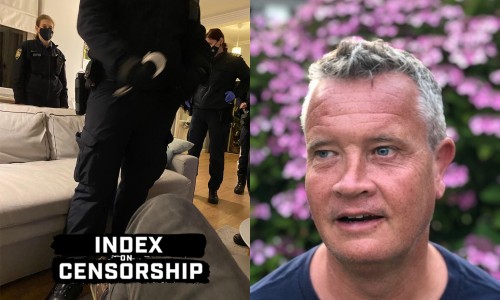 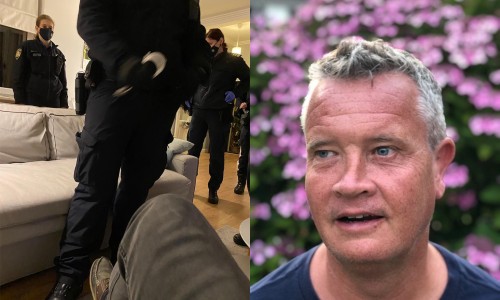 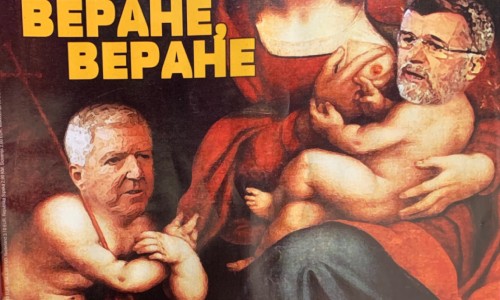